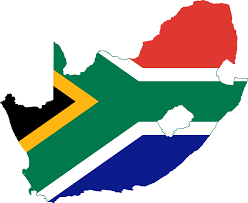 No, I have not been to South Africa. But, I am no stranger to S.A. Obviously it is part of MY Commonwealth and they are Test playing nation — that is also pretty damn good at rugby. In the 1980s I was ‘associated’ (that is probably the best word) with a South African living in London, an ex-IBMer like me. I have also known a few others from there, one of them being my primary contact for a company in MN that I did a load of writing. Moreover, four (4) of my all time heroes are South African. Nelson, of course. I watched his release (and I still remember all 2 hours of it). I cried when he walked out. I cried when he was elected President. I will cry when he dies, as he must — though I am not known for crying when people die (firmly believing that death is an integral part of life). I am also particularly fond of Desmond Tutu. I have this picture of Desmond on my PC — and trust me, you have to be special to have your picture saved on this PC. And then there is Barry Richards and Mike Proctor.

As soon as the Blade Runner was arrested for the alleged murder of his model girlfriend, I told Deanna: ‘He will walk‘!

Two days after the famous ‘White Bronco’ chase I told my ex-brother-in-law, a lawyer, that OJ will walk. And walk he did. My brother-in-law was pretty impressed.

South Africa, alas, does not have a sterling record when it comes to violence against women. But, before we start crowing, neither does New Hampshire. I have been meaning to tackle this at some point. I am aware of three women that have died in NH, in the Lakes Region, in the last 6 years — and nobody has gone on trial as yet. Who am I talking about: the nurse murdered in Wolfeboro, the ex-wife of the car dealer shot in Gilford and I am referring to this accident in 2009 when the Former Miss NH was killed in a car crash. We actually knew the driver involved. He was an (ex-)pilot. As soon as I heard of the accident and the conditions in which it happened — I was mortified. There were things I worried about. So, we have to search our souls about what is happening in NH before we criticize S.A. too much.

BUT, you might find it interesting to read about S. Africa’s current President, Jacob Zuma, a confirmed polygamist and a serial-parallel adulterer. [And at this stage Deanna will start laughing.]

Anyway, why was I cringing?

CNN’s, obsessive, non-stop coverage of the bail hearing has cast S.A. in a very poor light. I feel bad about that.

They have come a long way. There is still a long road that they have to walk.

I am happy to see black natives in power. But, many of them are still learning the ropes. I saw and heard the Police Commissioner for S.A. yesterday. I was so embarrassed for her. I can relate. English is not my first language either, and I too speak with a heavy accent. But, I am not the Commissioner of Police. She should have spoken in Afrikaans and let the media translate. Same this morning with the RAMBLING, egocentric babbling of the magistrate. Oh, dear. I felt so bad for the South Africans. They are not bad people. Invariably they are fun, good people. Many have hearts of gold. Yes, that magistrate made O.J.’s Judge Ito look and sound like a scholar and that takes some doing.

A shame. So, the blade runner will walk. We in NH need to do something about these women that have got killed. Nelson, alas, will die and I will cry. So too will Tutu. I will probably cry too. South Africa is on the right track. But, they have a long way to go. One piece of advice to the officials: IF Afrikaans is your mother tongue, talk in Afrikaans when you are being interviewed. It will give you some credibility.