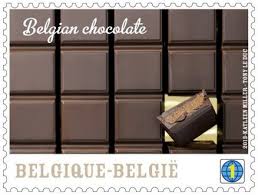 Deanna did not even notice, but it jarred me — especially since the article is all about her unfortunate, untimely death. Yes, they also carry her obituary in this very issue.

Not sure that it is right in any circumstance to refer to a young lady, who is older than say 6, as ‘girl’, in a publication.

But, then again ‘The Laconia Daily Sun’ is noted for always being at the bleeding edge of journalism.

Full Disclosure. We do know the editor/publisher of the ‘Sun’ Ed Engler quite well. Yes, I had a long chat with him last month. No, I didn’t bother to ‘ping’ him with this. Lets see if anything happens.

Richard (Rich) Leonard is our pharmacist in Alton (Hannaford’s) and our friend. He is a great guy. Our only regret in the November 2012 election was that Richard did not win his bid win NH Senate District 6 seat.

Richard told us about the ‘NH Maple Weekend‘ and encouraged us to visit.  We had never been to his delightful, picturesque farm. But, we did on Saturday, March 23, 2013 — and we are so glad we did. It was special. There were a lot of people. The bumper stickers on many of the cars made my day. That reminds me. I haven’t seen many Mitt stickers on cars of late. Richard, as ever, was very gracious and hospitable. Great bunch of people in the sugar house. It was like a party. My only regret was that I am ‘off carbs’. So I stayed away from the syrup. Haven’t had a pancake (or for that matter, any bread, rice, pasta, bagel, muffin, banana nor apple) in 2 months. But, I have lost about 13 pounds. Losing 6 ounces a day according to my ‘new’ Ozeri Gen II digital bathroom scales. Doesn’t sound like much, but that is a pound off every 3 days. So at this rate I could, with luck, IF I stick to this, lose the other 7 pounds in 3 weeks.

I am hoping that Richard will run again. I would ideally like to see him in D.C. but I can see why he would be reluctant to leave his wonderful farm in New Durham.

Here are some pictures.

As always, click on any picture to ENLARGE it.