The start of the HOP description of this Rock Concert. Click to download the entire description as a small, clean Adobe Acrobat PDF.

I am not familiar with this show but even a cursory ‘Google’ attests to its fame.

It looks very good BUT our two kids are a bit too young.
So we will pass.

It is no great secret that we are all HUGE Hop fans
— and go to quite a few HOP performances,
despite the 90 minute drive, each way.

I get regular e-mails for the HOP and I am familiar with their ‘style’.

They are incredibly gung ho and proud of this show.

That is why I am making sure that I bring it to YOUR attention.

When the HOP says something is ‘special’ you better believe them.

I find some additional background for you.

There is a Wikipedia entry for the play and LOTS of YouTube videos. 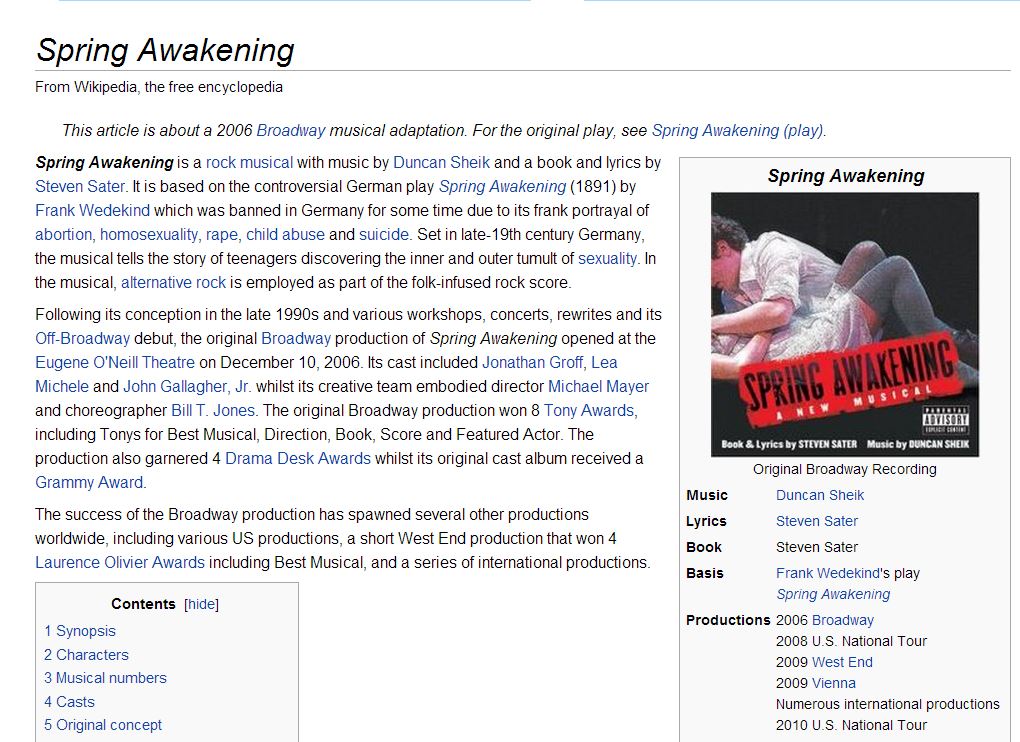 I would definitely check it out.

Here is the link to the HOP Page for this musical.

Happened to see the above ad in today’s ‘Sun’. We are all BIG fans of ‘Annie & The Orphans’ — who we have early followed for ages, given the yeoman duty they did at ‘Sandwich Fair’ for years.

Plus we all like corned beef — so much so that Deanna even makes it, a couple of times, around St. Patty’s. Even better I can eat corned beef and cabbage as part of my strict, low-carb diet.

The only problem is that I am not sure whether they let brown people into VFWs. I know that in November, when I tried to enter the Alton VFW to try and buy a Red Poppy, we were rebuffed. I understand. I don’t have a problem with that. Private club and as such they can keep riff-raff (and brown folks) out.

Kind of amusing that the VFW does not put a phone number let alone a URL! I guess they work on the assumption, quite correctly, that the folks that they want to attend already know how to contact them. I will find the number, (603) 524-1068. Wow, they even have a Website, but I couldn’t find the phone number on it.

Lot of very compelling events taking place in N.H. right now. I am amazed and thrilled. Can’t go to all of them, though I would, if I had the money. I definitely would like to go to this IF I am permitted. I will call and find out. Maybe I will have to send them a picture to see if I make the cut.

Here are some pictures taken at 11:20 am on Thursday. 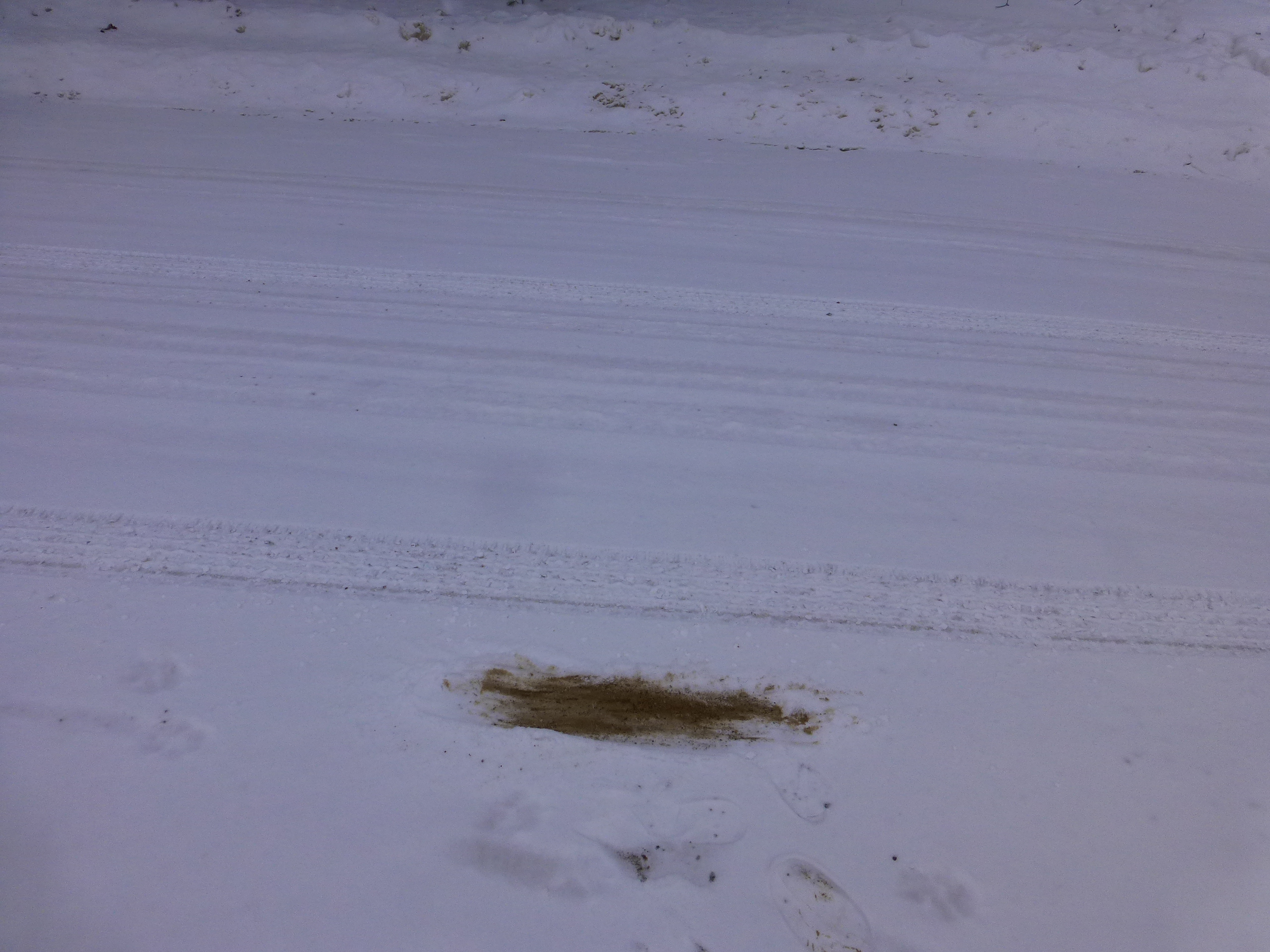 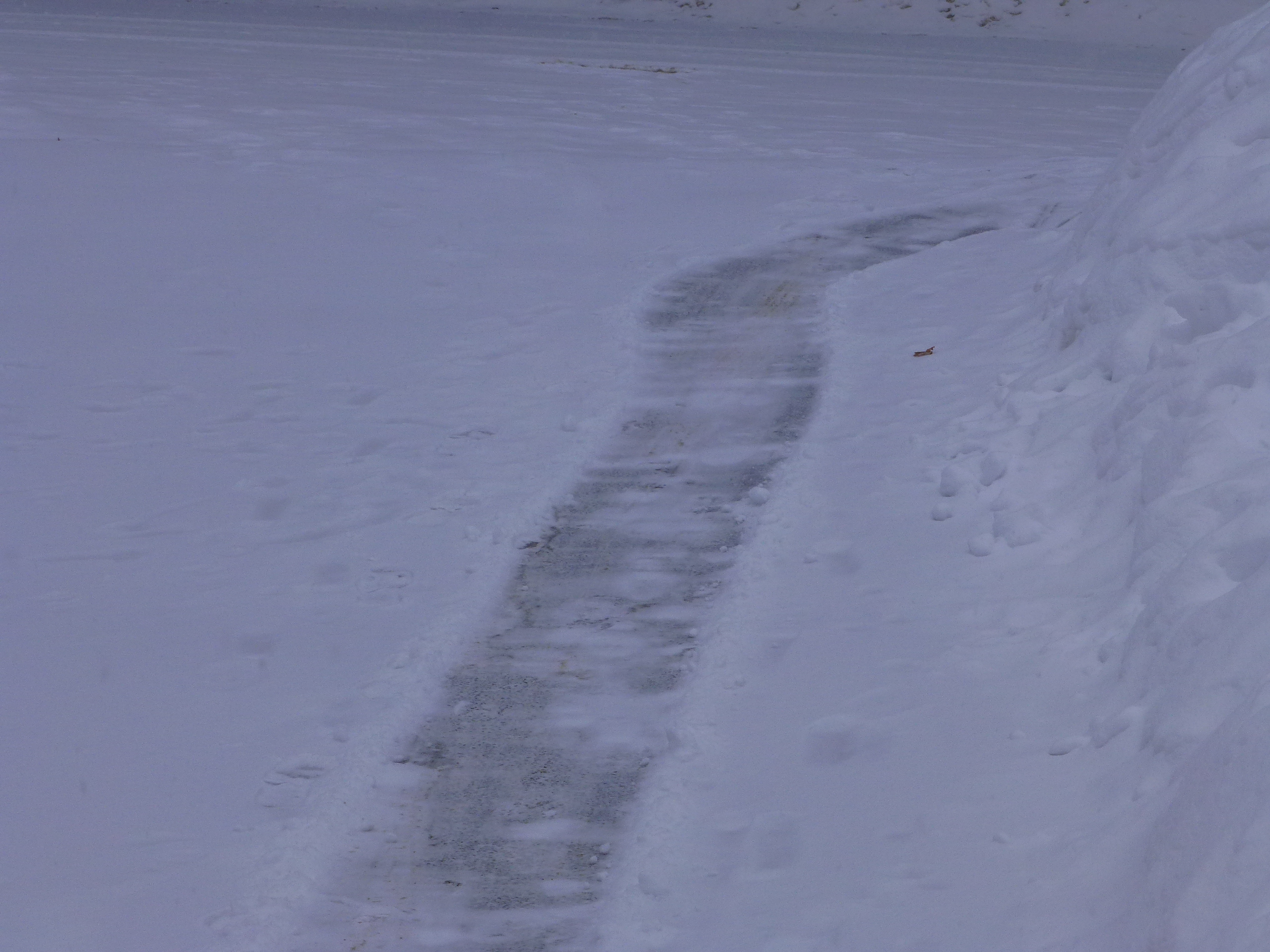 It is coming down at a good clip and the bottom layer is pretty slick. I know the buses have automatically-deploying chains etc. but lets hope, for the sake of the kids, that all the buses make it through — given some of the steep hills on some of the routes.

The ACS Administration could do well to follow Samuel Langhorne Clemens’ famous saying:
“Always do right. This will gratify some people and astonish the rest.”

I think that the way that both Prospect & ACS handled today’s early release is ludicrous!

Though I applaud Prospect for making an early decision, and blame ACS for waiting till 9:37 pm to tamely follow Prospect’s lead, I think Prospect was too hasty in setting 12:45 as the early release time.

Now they, given the MASSIVE egos involved, have their hands tied. They are not going to bring forward that time, despite the snow condition, because, heaven forbid, that they are made to look fallible.

Yes, I, as I repeatedly point out, contrary to all claims to the contrary, am NOT totally stupid — just partially stupid. I know why they pick 12:30/12:45. It counts as a Full Day! So it doesn’t count as a snow day.

I just hope that these puerile games that they feel obliged to play doesn’t risk the safety of the kids. We will see it again tomorrow morning. We know what they plan to do so why don’t they just make it official now. “2 hour delay” — irrespective of snow conditions, because that again avoids making it a snow day.

At least Prospect can hold its head up high and say that they were trying to give parents as much heads up as possible. I appreciate that.

ACS, now, has no excuses. There 9:47 announcement was neither ‘here nor there’. They didn’t have a choice.

I actually agree that it would have been better if they waited until this morning to make a better more informed decision.

Here is what they could have done which would have been the optimum for all sides.

At 1:30 pm yesterday, both schools, together should have put out a statement saying that it was MOST LIKELY that there would be a early release Thursday given the forecast and that they ANTICIPATE that the kids will be released no later than 12:30 – 12:45 THOUGH they might have to bring that forward depending on actual snow conditions.

That way the parents could start making the necessary arrangements.

When will they ever learn. It isn’t as if we aren’t used to snow.

P.S., There are still some GLARING errors in the ACS Handbook!

The missing image on the cover was but the start.