The May 2003 edition of my “i-BigBlue”, 16-page, monthly, subscription-based Newsletter that I did from 1996 to about 2006. Click to ENLARGE. One of my then trademark schematics.

Click to download the z990 coverage from above Newsletter,
as a small, clean, safe Adobe Acrobat PDF. 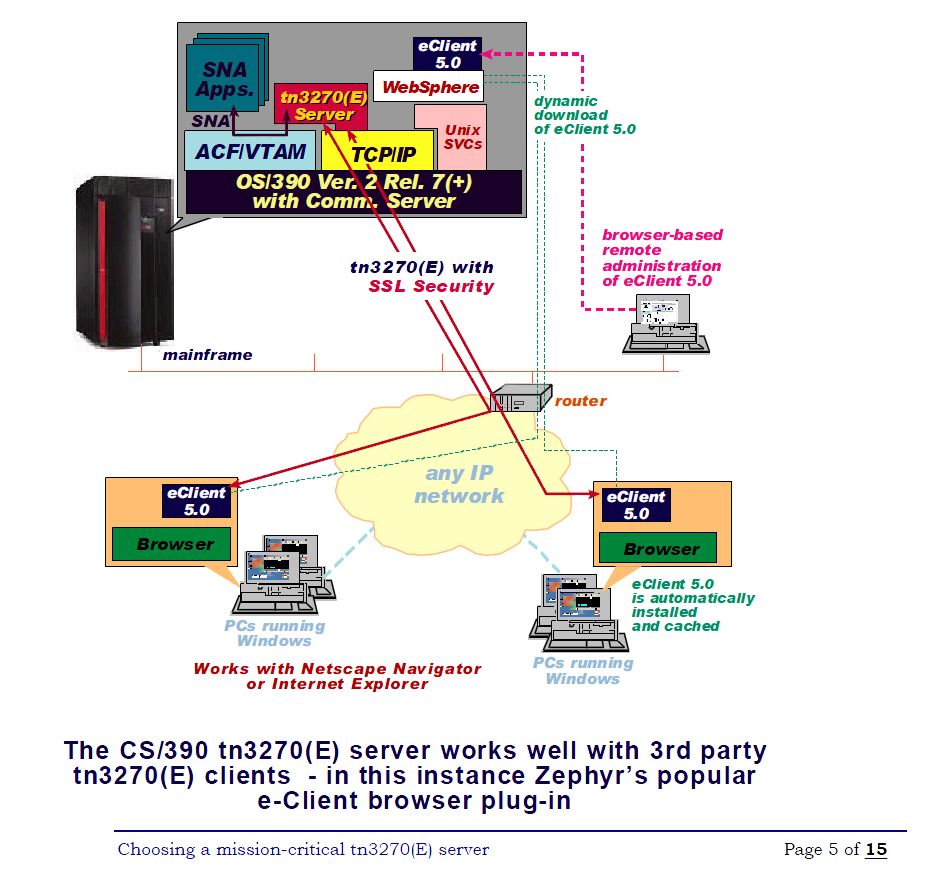 One of my then quintessential mainframe network diagrams, and I drew 100s of these, this one about IBM mainframe-resident tn3270 server. Click to ENLARGE.

Click to download the Mainframe-based tn3270 Whitepaper
from which I culled this diagram
as a small, clean, safe Adobe Acrobat PDF.

This was one of my most widely read mainframe Whitepapers (and I wrote at least thirty of these). I wrote c. 1999. IBM’s mainframe-based tn3270 server was controversial and divisive at the time. I had a foot in both camps. I was doing work for both IBM and Cisco at the time — with Cisco promoting their router-based solution. So to be impartial and avoid claims that I wrote it because IBM paid me to do so, I wrote this Whitepaper, the ONLY one I ever did as such, for FREE. Pro bono. Says so write at the front. Caused quite a stir because Cisco was already to discredit it by saying that I was only saying what I was saying, not because I believed in what I was saying, but because IBM paid me. Those were fun times.