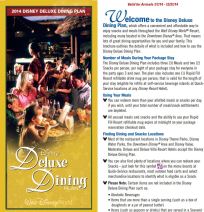 Good News! If you get a Disney Dining Plan with Table Service/Character Meals DO NOT stress too much about the reservations and getting them ‘just right’.

The reservations, at least in our case, were easy enough to change ONCE you get there!

From the time we booked the Disney Magical Experience, via AAA (in Bangor, Maine), in January, the AAA agent and the Disney Agents we spoke to as well as everybody Deanna spoke to kept on telling us that we must hurry up and make the dining reservations. Deanna left that to me — knowing, however, that I am pathologically averse to making long-term plans! Two weeks out is a lifetime in my books. So, I kept on procrastinating — and I am GLAD I did so!

Anyway, because of constant ‘reminders’ from Deanna, I finally got around at the start of April to make some of the reservations. Since I wasn’t really sure of the protocol and because I didn’t want to waste too much of MY time messing around on the Disney Website I called up the perennially friendly and helpful Disney folks to make the reservations. They sure were helpful BUT kept on pressing me to make ALL my reservations. Since we were going for 4 nights and had got the Deluxe Dining package we were entitled to 12 table service/character dining meals. But, there was no way that I was going to make all 12 reservations in one go.

My main goal was to nail at least three character dining experiences for Teischan. We got that nailed, BUT she was giving me CRAZY hours — like a 4pm reservation for dinner! And she was adamant that these were the best that she can get and that I should be so beholden to her for managing to get me these reservations.

I have since found that this was GARBAGE.

I also wanted to make sure we had a dinner reservation at the resort we were staying, viz. the Wilderness Lodge, for the first night and ditto for breakfast on the first morning. I just thought that that would be the most convenient. So I was grudgingly given a 5:20pm for dinner and a 7:30 am for breakfast. I was told categorically … THAT IS IT. Be thankful that we managed to get you those. Garbage.

REMEMBER Disney charges an automatic $10/person penalty FEE
if you don’t show up for a Dining Reservation you made
— unless you managed to cancel it 24 hours ahead!

I understand the rationale for this but it scared the life out of me. $40 if we missed a reservation.

We were scheduled to land in Orlando around 12:3opm. Dinner reservation at 5:20pm. If the flight was late, as can happen, I would be screwed for $40!

Well, we lucked out (again) on this trip. The flights were on time. We were in our room by 1:30. Thanks Disney. They gave us a room right away though the stated check-in time is 3pm.

So making the dinner reservation, at the ‘Whispering Canyon Cafe’, was not a problem — though 5:20pm in my book is TEA, not dinner. We got a nice table, with a view. I noticed that the restaurant wasn’t even half-full! This was the ONLY reservation we could have and the restaurant is EMPTY!

Well, I immediately cracked the secret. The reservation system was playing games.

After dinner I decided I was going to TRY and change my breakfast reservation, for 7:30 in the morning, to a more civilized hour — like 8:30, which would also give us all a much needed hour of extra sleep.

So after dinner I walked up to the front desk of the Cafe. There were too ‘young’ girls behind the counter. I already knew that it was going to be a ‘no contest’. I briefly flashed them my 90W smile and from then on it was plain sailing. OF COURSE, I could change my reservation. 8:30 am. No problem. Done. We will see you at 8:30!

I then proceeded, using the EXCELLENT Concierge Services at the Wilderness Lodge and the Contemporary and Guest Services at Magic Kingdom, to change nearly ALL the reservations I had previously made and make some GOOD decent ones. That 4pm for dinner one. Boom. Changed to 7:30 pm without any problem.

On Tuesday evening, around 6pm, we got soaked. We had a dinner reservation at the Grand Floridian around 7:40pm. I wanted to go back to our hotel and change before going to dinner. Walked over to Guest Services at the Kingdom on the way out — given that they are ‘just there’. Boom. No problem. 8:40pm it is.

So the moral of this story: Disney Dining reservations can be changed, and be changed easily.

So, please don’t stress. Take whatever they give you over the phone or the Web — realizing that you should be able to change them once you are there.

Disney will probably send Goofy over to bump me off for sharing this with you, BUT I think it is something you should know. OK. Cool? 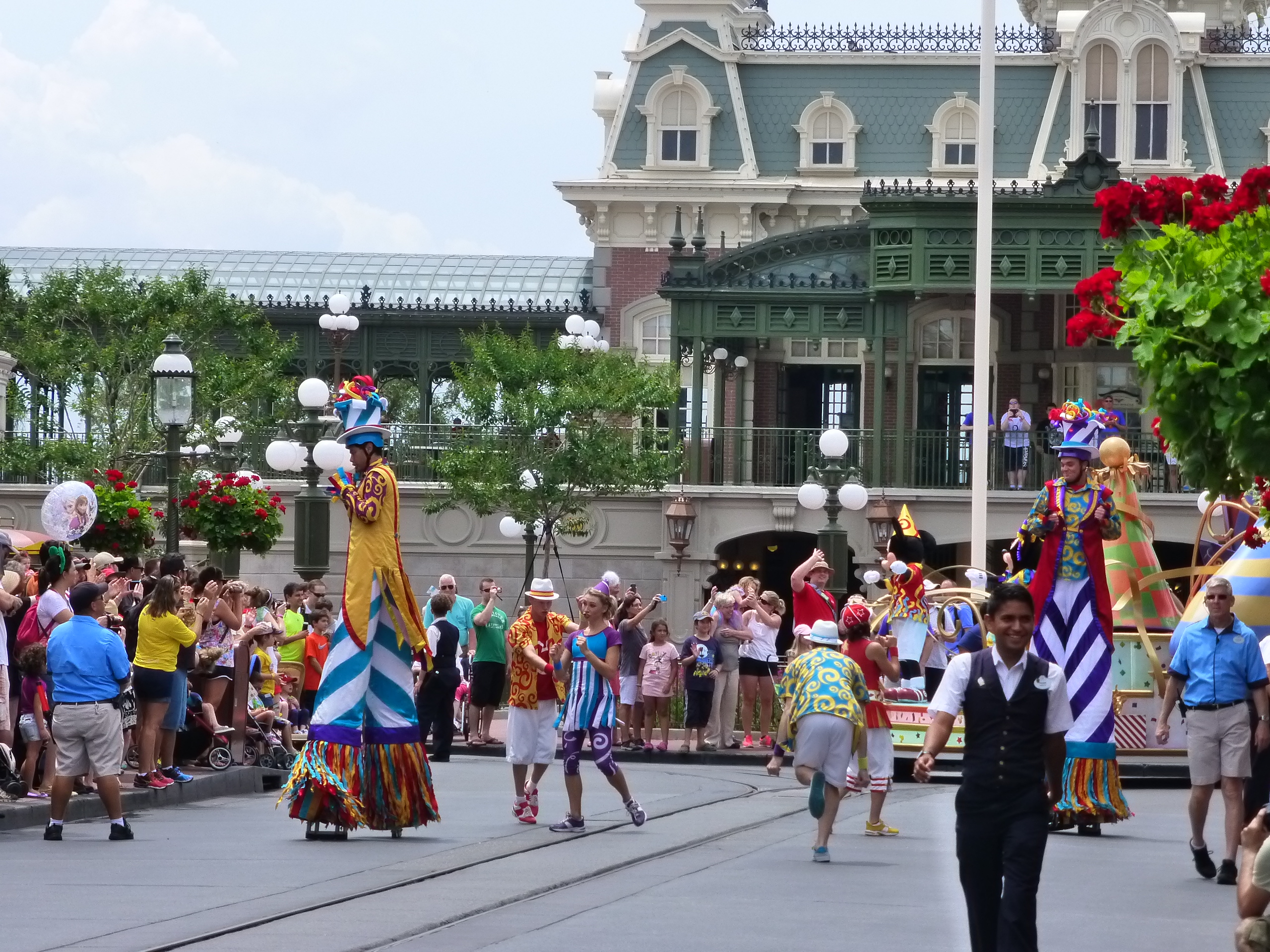 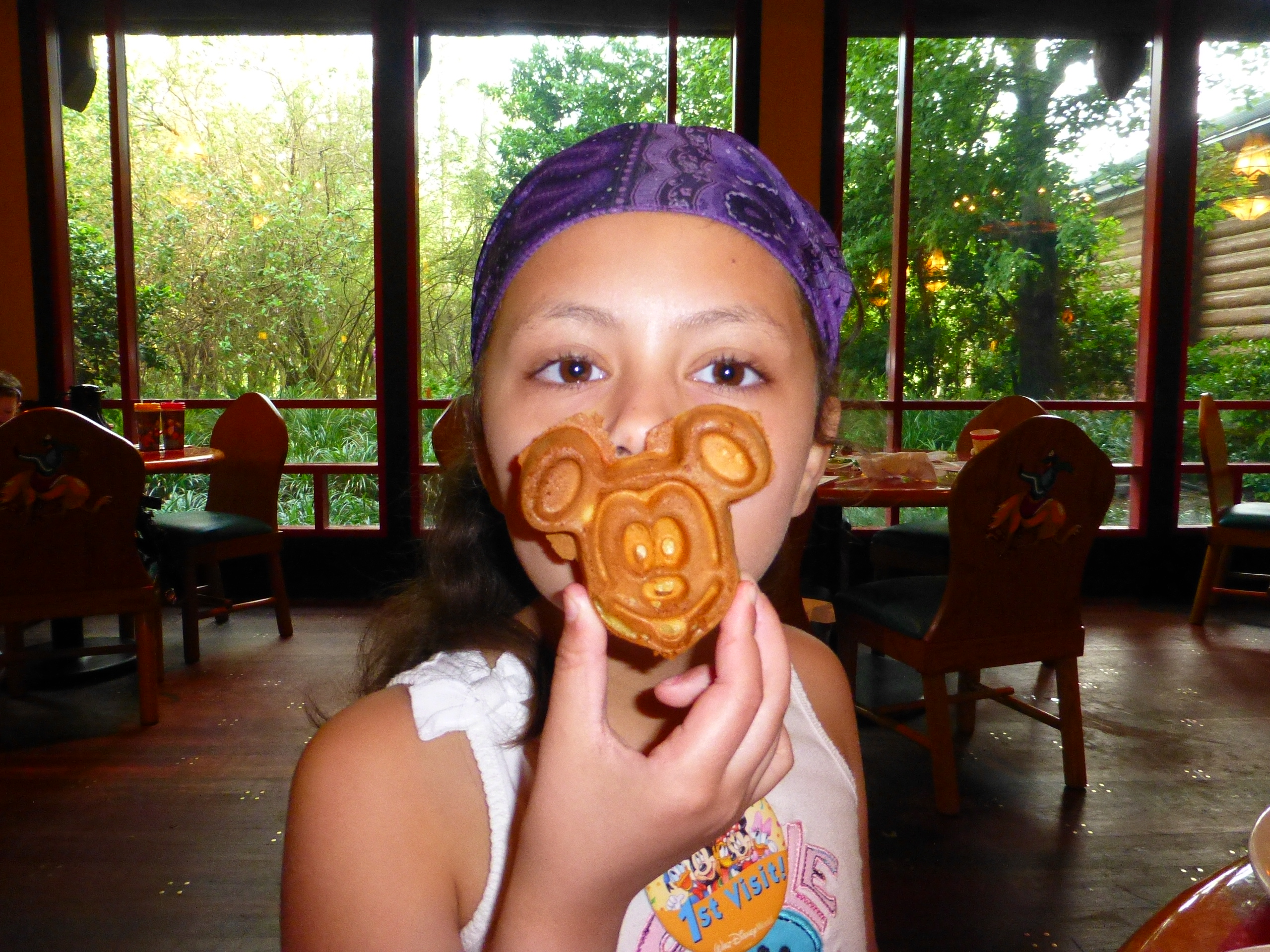 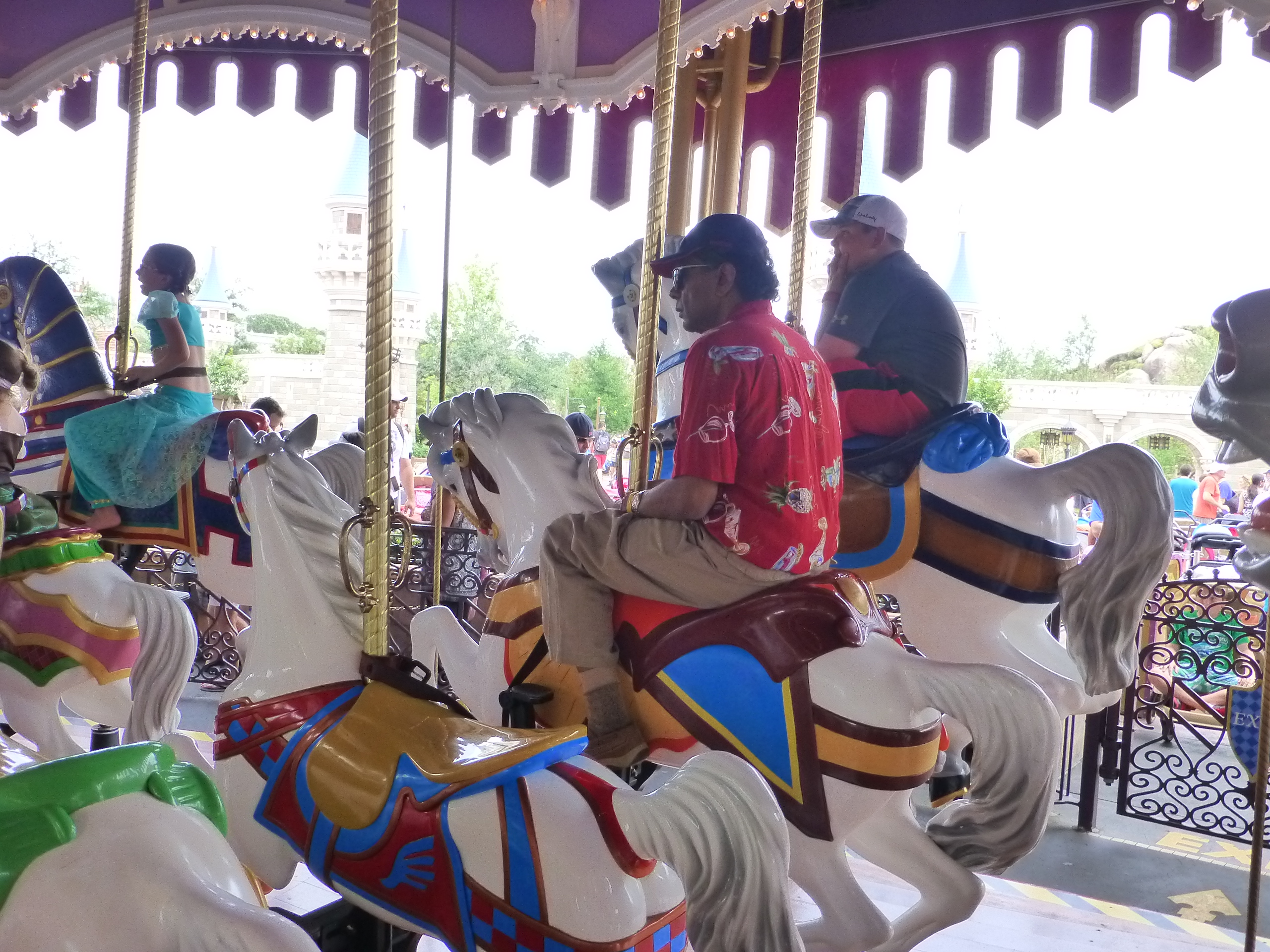 Related posts:
++++ Check CATEGORY ‘Humor‘ on Sidebar for many other posts >>>>

At the time of the scandal Monica’s mother was living in the iconic Watergate Apartment Complex in D.C. This high-end complex housed a same day dry cleaning business run by an old, dour Chinese gentleman. Monica got most of her dry cleaning done at this place.

One day, after the scandal had run its initial course, Monica went to the dry cleaners carrying a blue dress.

The Chinese proprietor was just in the process of finishing a phone call as Monica breezed in through the door saying something. He didn’t catch what she had said.

So he says to Monica: “Come again”.

Monica replies: “No. No. Just a mayonnaise stain this time from a party I went to last night”.

Come on. Admit it. Brilliant … right?

In 1998 when the scandal broke my high-tech consulting business was at its height. I had some 30 or 40 clients, a 350 e-mail address mailing list that I sent out ‘flashes’ on a daily basis — and I was doing seminars like there was no tomorrow.

Though the technology was there I, probably because my business was so IBM-centric, wasn’t doing much on the Web per se other than e-mails. I didn’t have a Website or Blog at the time. I was even sending out my monthly 16-page Newsletter by mail or in some cases, if the client paid for it, via FedEx!

Well as was the case then people used to spend a lot of time and energy exchanging jokes and nude pictures via e-mail. With my ‘huge’ contact list I was getting, at a minimum, 40 jokes/nude pictures a day from folks around the World. You remember the drill. When you got a good joke/picture you were honor bound to forward it to your circle of friends.

Well, with Bill-Monica things just got out of hand. At one point I was getting 3 to 4 new jokes/pictures an hour. Plus I was getting requests from folks NOT to be stingy with the Monica jokes. So for about 3 months in early 1998 my consulting business also became a Monica Lewinsky Joke Forwarding operation. I was sending out at least 10 Lewinsky jokes/stories/pictures a day to my entire contact list of 350 (and growing daily). This list included folks in the U.K., France, Canada, Israel, Holland, India, Sri Lanka. So these jokes were going around the World and sometimes getting resent. It was wild. As was inevitable this branched into cigar jokes and my monthly newsletter started awarding cigars for various achievements — with 80% of the readership in on why I was awarding cigars.

So having Monica back in the news is kind of nostalgic for me. I am also very familiar with the Watergate Complex though I have never gone into it. From 1992 to 1994 I was visiting D.C. on a regular basis — for three, four days at a time. We actually had a semi-palatial place a few blocks from the D.C. zoo in the ‘Embassy Enclave‘. So I used to drive past the Complex to get on Rock Creek Drive a number of times a day.

Oh. In those days I was a rabid Conservative Republican that fervently believed that Ronald Reagan was God incarnate. So, I hated the Clintons! So much of the Lewinsky joke propagation had political overtones. I wanted Bill impeached! Wow. How we change over time. This is why I am still amazed with MYSELF that I will probably pound the streets for Hillary in and around Laconia and Gilford — as I thrice did for Obama!