Getting on the water and going on a cruise was an integral part of the agenda for this trip since we weren’t able to do so on the last trip in September. Going on whale watches on my birthday was on the way towards becoming a family tradition until we decided to go to Acadia instead last year. Plus, given that Friday, June 27, was Deanna’s birthday, and she grew up, right on the ocean, in Cushing, Maine, the daughter of a lobsterman, the notion of being on the ocean, off Maine, on her birthday appealed to her. So I did some research and once we were in Bar Harbor, Friday morning, walked around a bit checking the various tours. We wanted to do a 2 hour trip and knew that that wouldn’t really take us much beyond Frenchman’s Cove but that was OK. I finally settled on “Bar Harbor Whale Watch Co.”  They had the FAST Cats (which meant they could cover more ‘ground’), their prices were a TAD (and we are talking a couple of dollars) cheaper AND they would give me a Senior Discount — which I appreciate and always cracks up the kids who refuse to believe that I am as old as I am.

The 2-hour Nature Cruise, at 1:15 pm, is on the “Bay King III“. I have yet to get all the specs. on that boat but that thing can fly! I am no stranger to going fast on boats and I am sure that this beauty was exceeding 30 mph between islands — and on the water, on something as big as that, that feels special.

We lucked out. Deanna and I got to see 3 Bald Eagles. See picture below. Devanee saw one more. We couldn’t catch that one. We also got to see A Peregrine Falcon chick. See picture below. They claim that it was the first time, this Summer, that they had managed to see a chick. We spent quite a few minutes slowly cruising on the eastern shore of “Ironbound Island” before we spotted it — all the crew at the rails with binoculars looking. They knew roughly where the nest was but claim that they hadn’t seen the chick prior to this cruise. They had seen the two adults previously — which how they knew where the nest was. On this trip we didn’t see the adults. But, once the crew spotted it we all got to see the chick — naked eye — though we had binoculars too. That was neat. Not sure whether they tell every trip that they were the first to have seen the chick that year? [A terrible thing being a professional cynic.] Actually a very good cruise. Definitely recommend it. The narrator, fresh out of McGill in Montreal was good and enthusiastic. The crew was very nice and helpful. The sea was as calm as a mill pond. Great trip. Great weather. So we lucked out. Here are SOME pictures. I will post more as we go along. 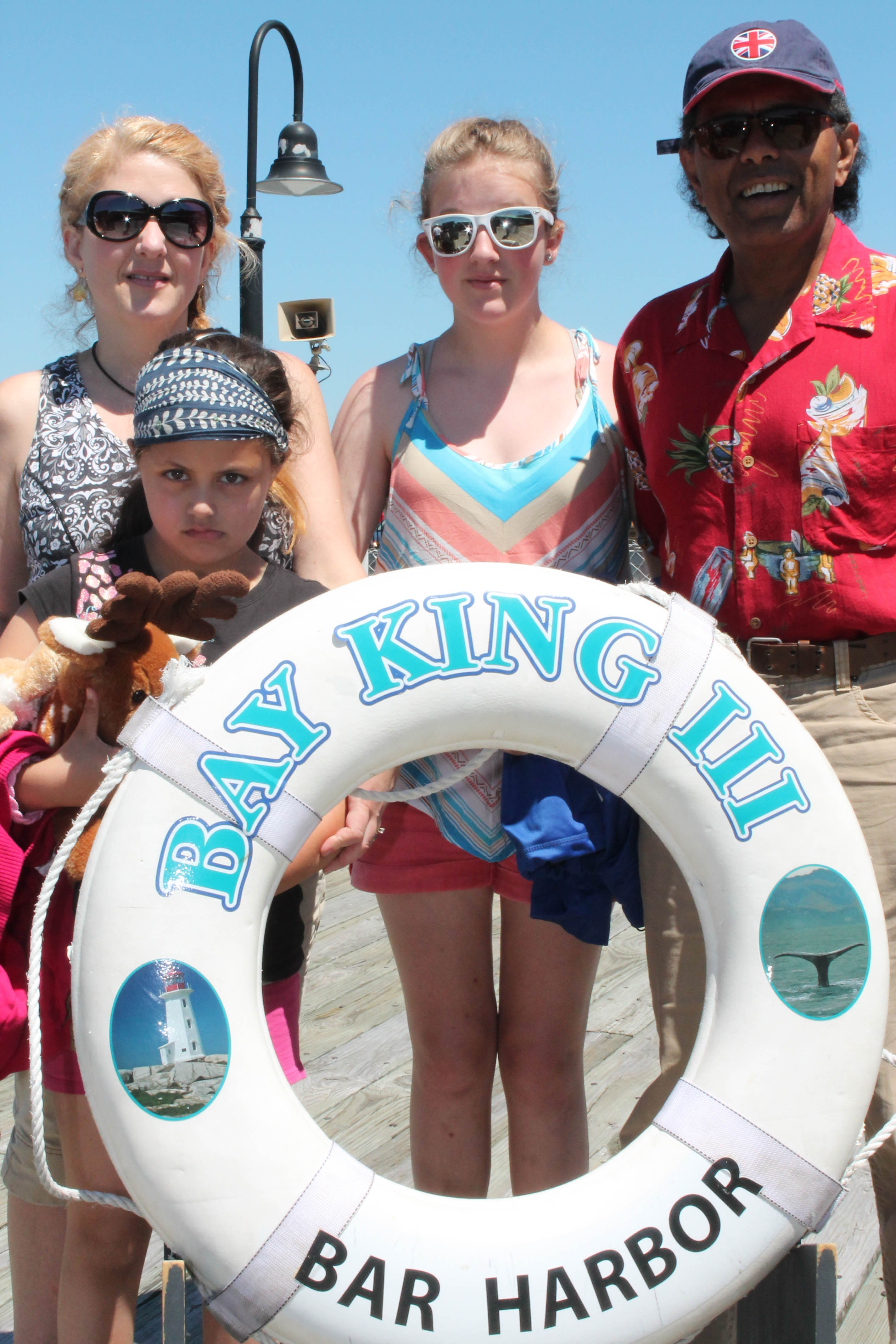 Official trip picture taken by the obligatory ‘snap-for-dollars’ folks. We invariably end up getting these. Plus these would serve as a good birthday picture. 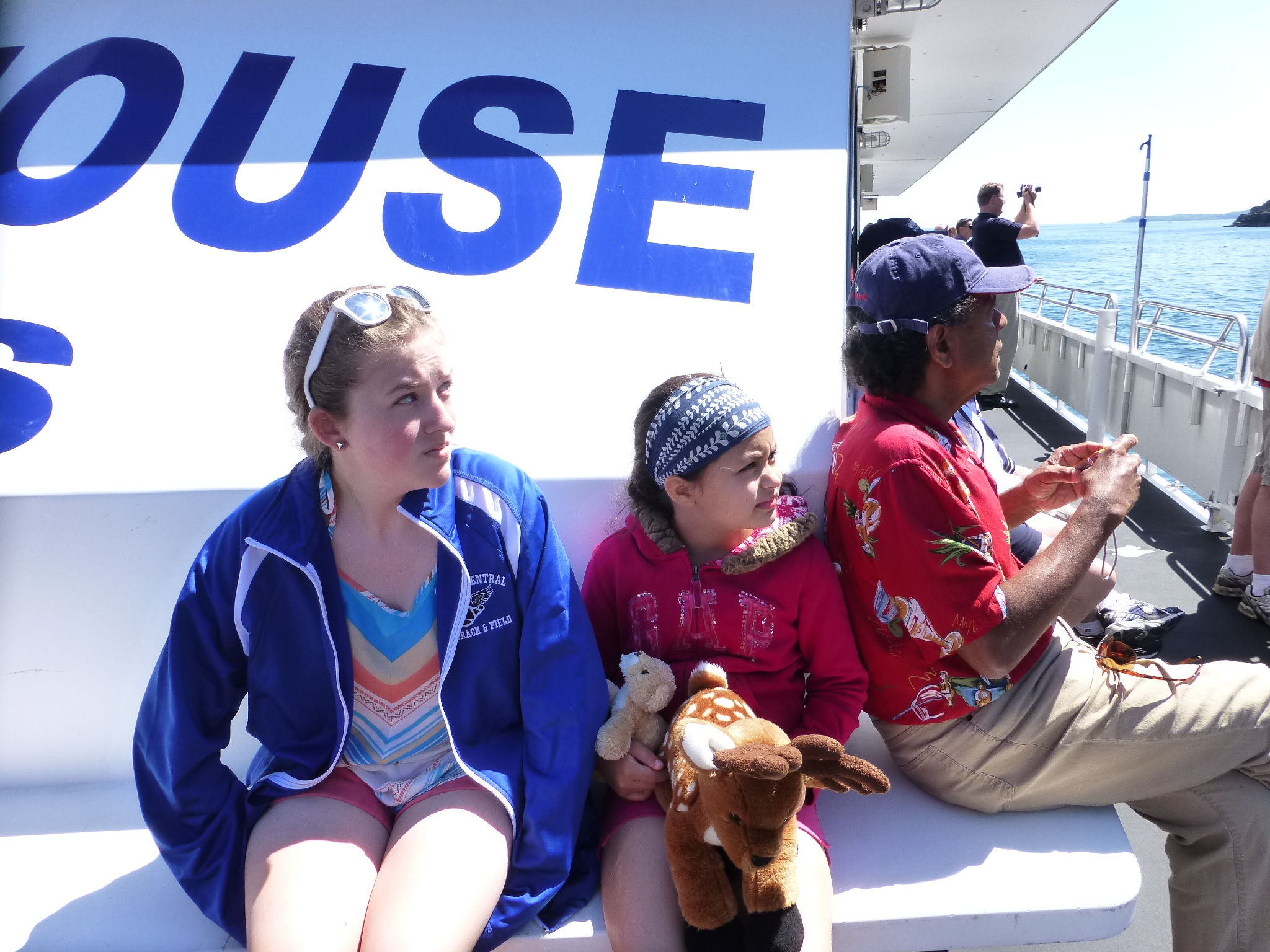