The timing could not be any worse.

The dreaded unilateral referendum for Scottish Independence, where only those actually residing in Scotland can vote, is on Thursday, September 18, 2014.

The New Hampshire ‘Highland Games‘, at Loon, start the next day, Friday, September 19. Though we boycotted last year’s Games we do want to go this year because the incomparably brilliant “Glengarry Bhoys” are going to be there.

Up until Monday, like so many, I wasn’t that concerned about this irresponsible and in my opinion totally stupid Referendum. I had hope that my Scottish kin would, sensibly (and Scots actually can be that when they are sober), vote NO. Now I am hearing that this is not a forgone conclusion and that a YES vote is possible.

That fills me with dread. I will be all in favor of using our military might to recapture Scotland. Let them be independent for 15 minutes then we will overthrow the buggers and bring them back into the Union.

But, I don’t think I could go to the Games IF the vote comes in NO. I will be too devastated AND I would not be able to gracefully tolerate all the unbecoming revelry that will no doubt take place with the ignorant and unwashed “whooping about” celebrating their supposed independence from the glorious Great Britain.

So I am in a quandary. I will be glued to the ‘box’ watching the results. I am still hoping that COMMON SENSE will prevail.

Click to access great coverage from the U.K. “The Guardian”. Google for many more — mainly, of course, from the British press.

I do not believe that this is the first Vatican Cricket team or club. I am sure I have heard that there has been cricket at the Vatican in the past — albeit decades ago. Shades of the famous “Hollywood Cricket Club”. Anytime you get 30 or more British Commonwealth ex-pats in the same place cricket magically comes to be — Vatican or no Vatican.

The timing of this Pope Francis blessed cricket team could not, from my perspective, be better — and even “The Guardian” article starts off by talking of ‘divine intervention’.

Comes on the heals of my post about Sri Lanka’s Christian cricket captain, Angelo Matthews, thanking God for the Test Match victory against Pakistan in Galle. I am just not sure whether God really gets involved in arbitrating cricket match victories. Plus I am not sure God created ‘cricket’. IF he did why would be have permitted other sports like basketball and soccer. Cricket was perfection. He should have sat back and said: “Wow. I did good with cricket”. Mankind (and I don’t think he talks about women that much) would have been well served with just cricket.

Plus, as you must have realized, I have severe doubts as to the efficacy of Pope Francis’ prayer. Yes, I tend to use him as my Litmus Test because if his prayers don’t work what hope does a little guy, with a box strapped to his head, have in persuading God.

I will keep an eye on this Holy See team. If they thrash the Anglicans I will have to revisit my open and healthy skepticism re. prayer.

Just trying to share some of the 890 pictures
I took during our latest visit to Acadia.

Copyright of these pictures may be enforced.
Contact me for permission.

Giant lobsterman at a lobster processing plant in “Prospect Harbor” on Route 186 just outside of Acadia National Park (Schoodic). I gather this sign in various forms has been around for decades and started off with him holding a large can of sardines — that being what the original processing plant did, i.e., sardines. 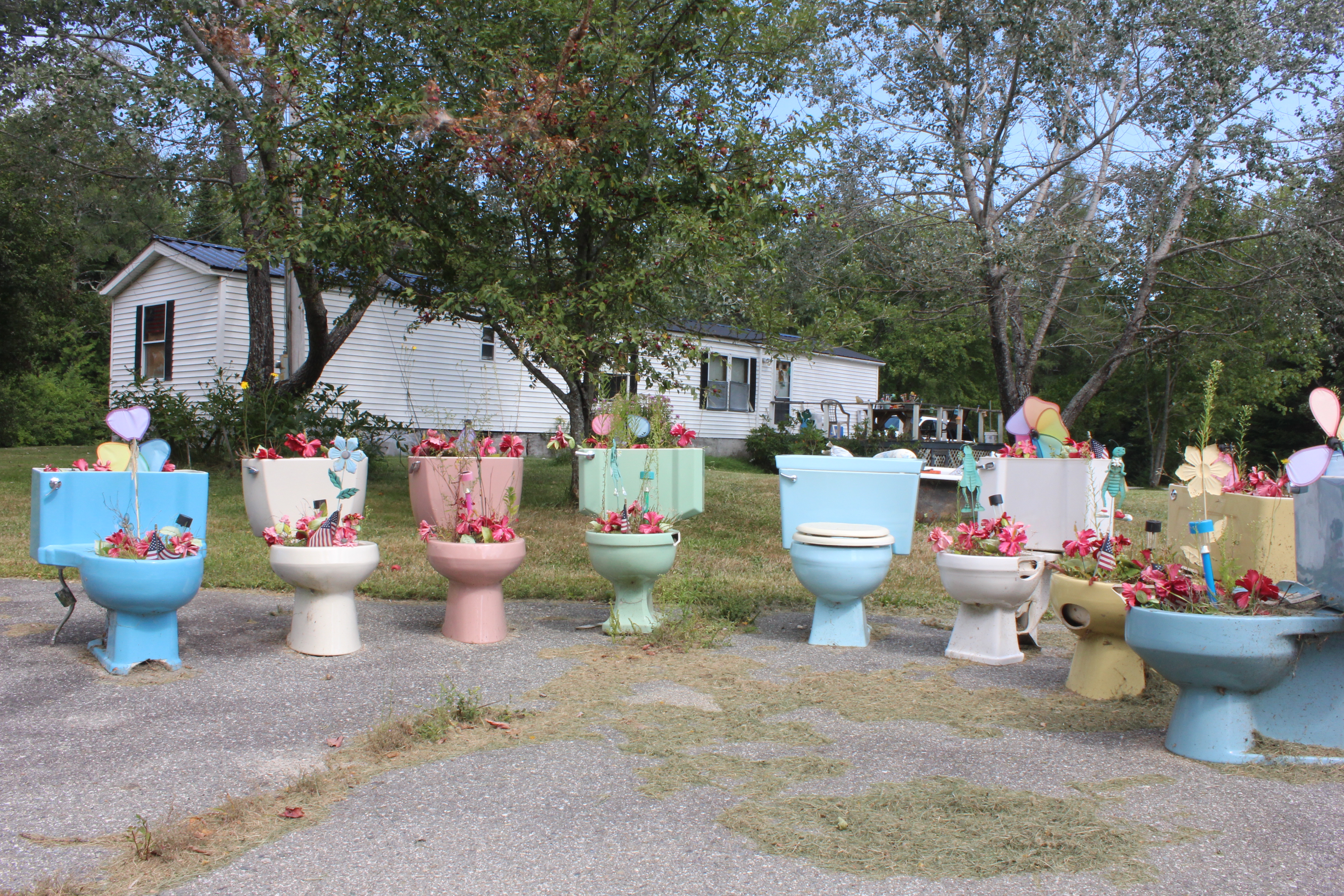 Quintessential “Down East” Maine humor. Saw this on Route 186 heading north to Route 1. I had to turn around and go back to take the picture. Cracked me up. Clever.

Appears that this year’s Alton Central Middle School soccer team is irrepressibly ebullient to the extent of putting the ‘Energizer Bunny‘ to shame. Good for them. Bravo. What a joy.

These kids are so full of pep that even after a game, on the way back on the bus, they are practicing their skills and exercising. They seem to have developed an exercise regime, ideally suited for the inside of school buses, called “dodge the cleats”. That is pretty descriptive. I have to applaud the coaches for encouraging such initiative.

Such a shame that a boot should fly out of the bus window and smash the windscreen of the car behind. Kids will be kids. And they called the police! What next?

They were just playing “dodge the cleats”.

Of course this was just a sporting accident. So I hope it is left at that.

Worst case she can move back to Alton and run for seat on the School Board. She will be good.

I am glad. This is indeed good news.

As I told Ray on Monday, when I had another chat with him, IF he wins the Primary, which he has now done quite comfortably, he is going straight to Concord, N.H., without any problems.

As far as I am concerned he is now running unopposed in November. The Democrats do not have a candidate for this, extremely red, seat. So he has no credible competition. That is great news. It would be good to have Raymond in Concord. At this rate I will definitely will have three real friends in Concord, two in the House and one in the Senate — and that is not counting ‘acquaintances’ including the Governor. With luck another will get elected to the Senate. At this rate I will have to start working as a GSA at the State House so I can see all these folks in action. I might even have to hit Ray up for lunch.

Ray has asked me IF he can come and put one of his red “Elect Raymond Howard“ signs on our yard. I, of course, told me yes and even added that he should really put a few. Not sure why he wants to put up a sign in our yard. I guess it is because I have never had any political signs in my yard. It is a red road with but three exceptions, as far as I know, so I am not sure that Ray will get much joy from his sign in our yard. But, I am sure, it will amuse the neighbors.

But, for now, this morning, PLEASE join me in CONGRATULATING Raymond Howard on his well deserved win and wishing him all the very best on his way to Concord.