As an official N.H. Fall Foliage Updater for 2014 I have been filing two reports a week (Tuesdays and Thursday) since the start of September. So I do keep my eyes open to foliage.

As far as I can see we, in the lowest tier of the Lakes Region, don’t have that much foliage AS YET. I think last night’s ‘frost’ will accelerate matters.

There is, as ever, more foliage where there are busy roads than you have out in the sticks. I have noticed this for years. First notice it, c. 1987, when I used to work on the 11th floor of the Wang Towers, for Wang, in Lowell (MA). Route 3 was just outside. It was plain as day that the trees closest to the road turned color first. It has to be the carbon monoxide and carbon dioxide emitted by the cars. Same is true here. There is more foliage around the Alton traffic circle than on Prospect Mountain Road or for that matter Prospect Mountain High School.

I had to go ‘down’ to town yesterday and I took my camera along to snap some pictures. These were all taken around the McDonald’s in Alton. 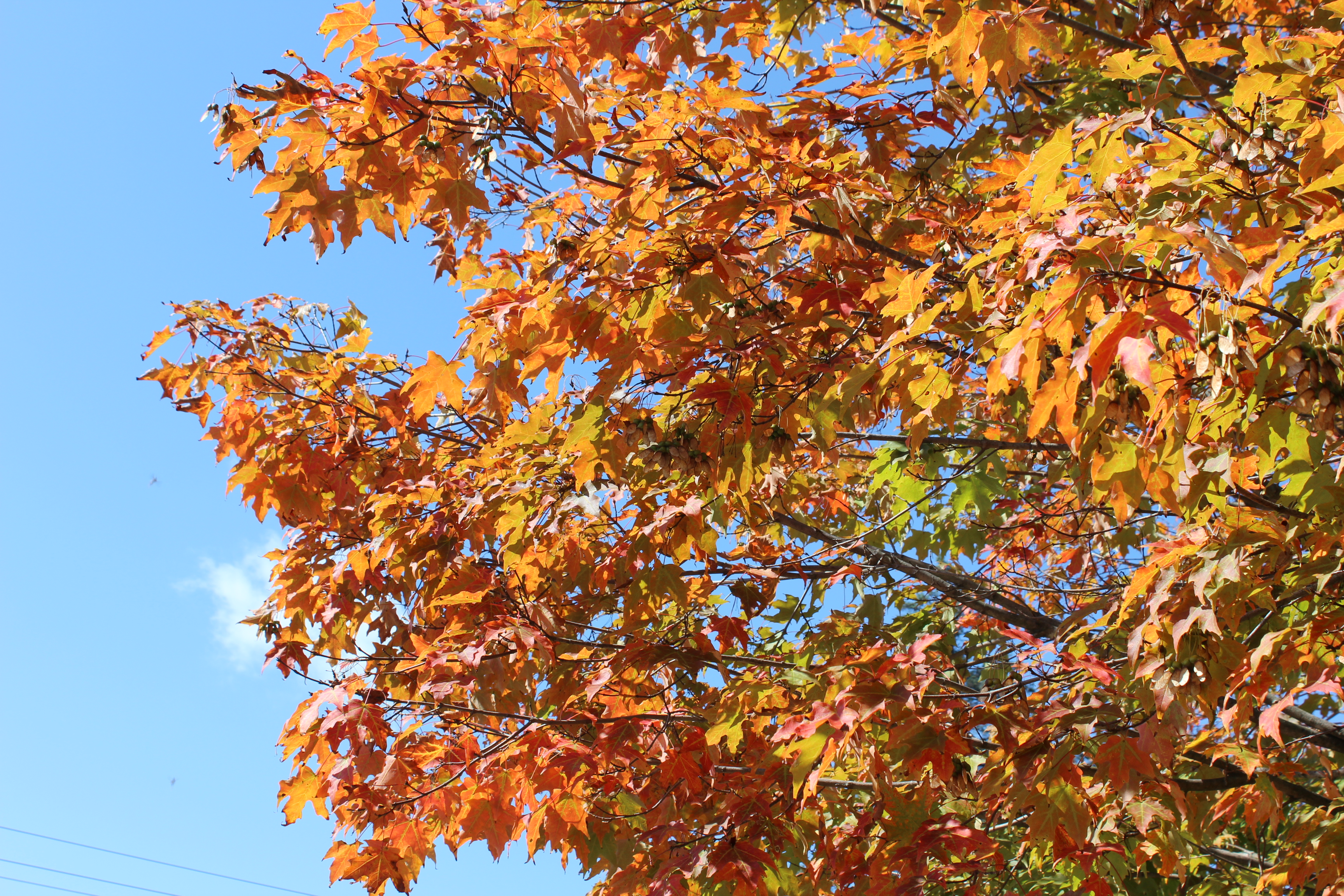