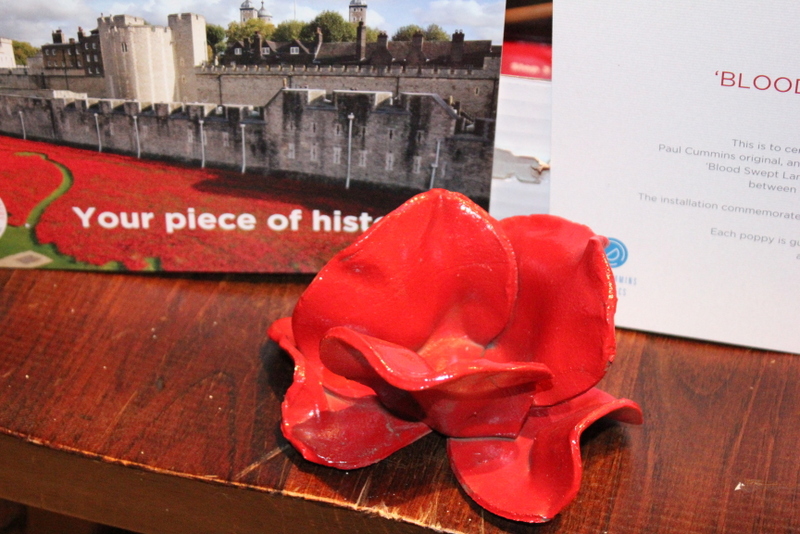 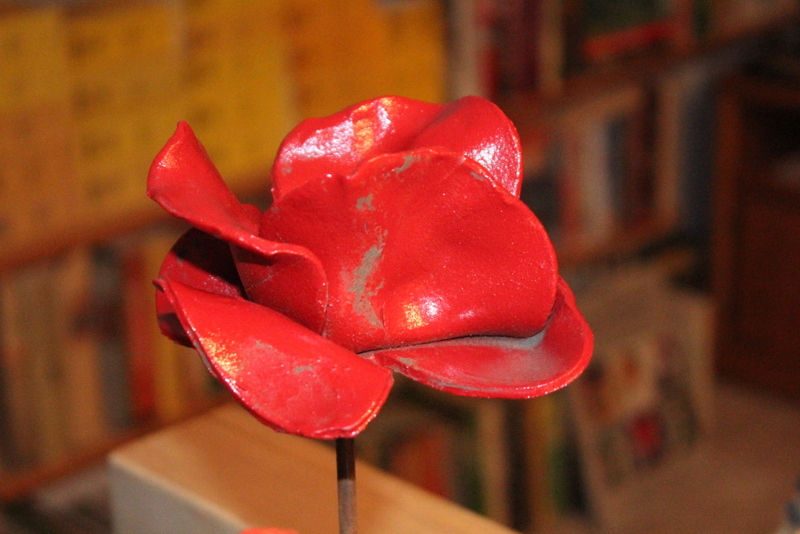 It was definitely worth waiting for. I am delighted and so is Deanna.

It was supposed to have been my birthday present, and my birthday was in September. Deanna ordered it in August 2014.

But I was happy to wait. When we ordered it we had no idea as to the logistics. We didn’t appreciate that it would be one of the 888,246 that was actually planted at the Tower of London. That makes it special and the documentation that comes with the poppy, which includes an holographic authenticated certificate to say that it is one of the genuine Paul Cummins poppies that was planted at the Tower, stresses that. Moreover, as you can see from the last two pictures, it contains soil residue from the moat. Very cool. I feel honored.

Friday, March 27, 2015, as such proved to be quite the day. Got WordAds for this blog which was quite an achievement. Then the poppy arrived. To cap it all we went to see Teischan at the Alton, Prospect Mountain High School production of the “Wizard of Oz” — and that was wonderful. We even went out for a quick bite. So a good day.