† Appointment of Juan Barros in Chile.
† Francis does NOT shelter the homeless!
† Weak Francis chokes re. Keith O’Brien.

The supreme irony here would be that the magnificently incomparable Hagia Sophia is what it is today, a secular Byzantian Museum because of the inspired diplomacy of Archbishop Angelo Giuseppe Roncalli (who would become Pope John XXIII (#262)) when he was the Apostolic Delegate to Turkey (1934 to 1944). I talk about it in my 2014 book “Pope John XXIII: 101 Facts & Trivia“.

Click to ENLARGE and read here. Use the link at the very top to access the book.

Attribution may be insisted upon. 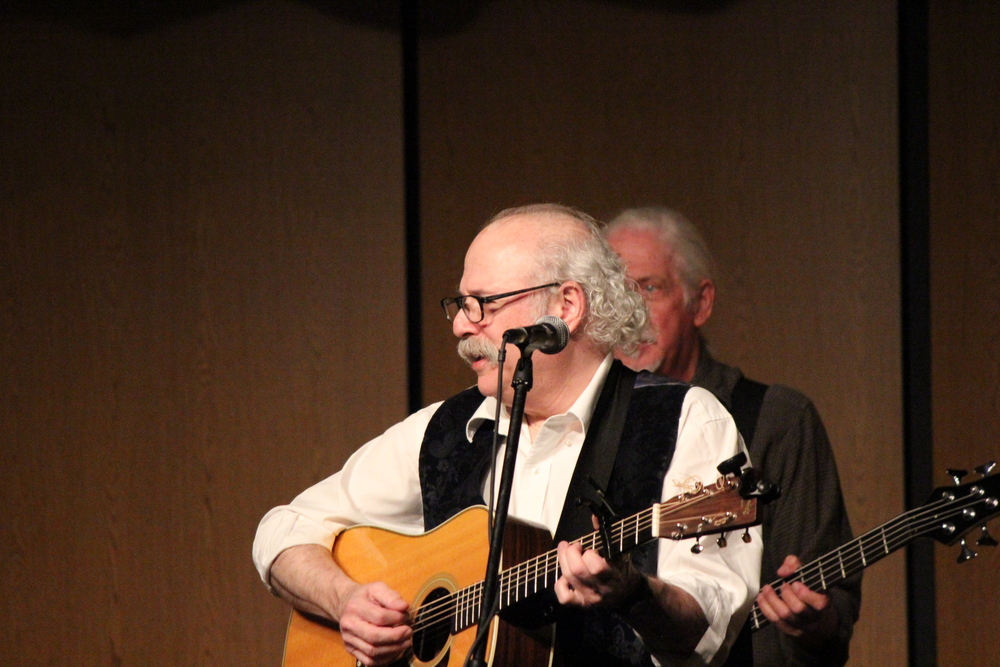 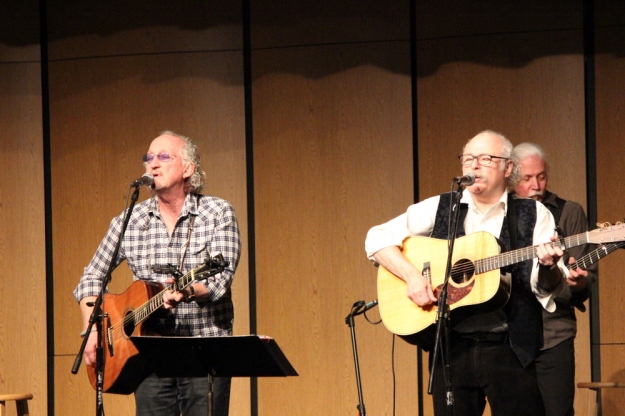 Another glorious harmonious Friday evening in lovely Wolfeboro (N.H.) — the Oldest Summer Resort in the U.S.A — thanks to ‘Great Waters‘ and ‘Aztec Two-Step‘. Life, at least for me (and I am the first to admit that I lead a extremely modest and low-key life), doesn’t get much better than this. A convivial, congenial and competent concert. Live acoustic folk music. I am sucker for any and all of that. I can listen to Simon & Garfunkel all night and a bit longer and The Everly Brothers’ repertoire can be so liltingly soothing.

It was a good night (other than for the medical emergency that required a EMTs and an ambulance). I learnt how “Bridge Over Troubled Waters” came to be — and anytime I learn anything (which is most days, most hours) is a bonus. Very nice guys. There was no stage setup. At the end I did carry a few guitars out. That was about it.

I would go and listen to them again, with pleasure.

There was just under 200 people there and they really were into the music. That was good. Another successful night for ‘Great Waters‘.

Something about 12-strings. They kind of pluck at my psyche.
IF I ever take up playing the guitar again (which highly doubtful) I would go with a 12 string.
I did NOT know anything about this guitar, but then Michael Harrison (of ‘Great Waters‘) and Neal Shulman kindly educated me. An ‘Ovation‘ ‘Adamas‘. I looked it up. A $1,800 guitar.

Jason Holder, I applaud and THANK YOU.

Jason Holder’s 2nd innings, 103*, in 149 balls spanning 216 minutes, on April 17, 2015 to SAVE the match for the West Indies was classy and masterful. It was inspirational, uplifting and humbling.

He is 23 years old and it was but his 4th Test Match. He put so many of the other West Indies batsmen to shame.

Despite his relative ‘youth’ (and yes, of course, we have had teenagers playing Test cricket) his maturity, talent and potential have obviously not gone unnoticed. Yes, he is the ODI Captain — though I have mixed feelings about that. But that is another matter.

Lets celebrate his tremendous achievement on Friday, April 17, 2015. I, given their erratic performances of late, was already reconciled that the West Indies were going to LOSE.

I sat down, at 11 pm, on Friday, to watch the Willow Cricket highlights — via Sling TV on my Roku 3 — with a heavy heart, ready to see England, clinically, perform the last rites. I was hoping that my other man, the still doughty Shivnarine Chanderpaul would score a gritty century, with Blackwood (who did score a wonderful 112* in the first innings) chipping in with at least 80. I was distraught when Shiv was lbw. He is 40. His reactions are not what they used to be.

I never expected the West Indies to SAVE the match.

Then hope, thanks to Holder, sprang — eternal. I was even working out run rates for the West Indies to WIN.

I was OFFENDED, and I am not sure what Holder and Roach thought (but they too should take exception), when the dressing room sent instructions, with 5 overs to go, and Holder at 90*, that Holder should focus on holding out for the 5 overs rather than getting his MAIDEN 1st class (let alone Test) hundred. That was UNNECESSARY. This boy (and he is the same age as my son, who middle name pays homage to Gordon Greenidge) knows HIS GAME (and I mean that in the full panoply meanings that that word can convey) better than most of the CLOWNS in the Dressing Room. He did great. I was so proud of him. That he would survive the remaining overs was never in doubt and that he would get a century in the process was also never in doubt. This was GREAT. Made me happy. Made me very happy.

No, I am still going to agitate that the West Indies cricket team should be disbanded and barred from the ICC. There is NO COUNTRY called the ‘West Indies’ and as such there should be NO TEAM that plays as such. International cricket should ONLY be played between genuine nations. Period. Simple as that.

But, Jason Holder, HOLD your head up high. You did GREAT. He could be the next Gary Sobers! Think of that.