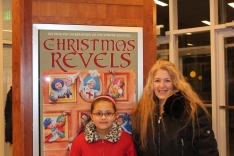 We are huge fans of ‘Revels‘ and
avid supporters of the wonderfully talented and nice-as-can-be
‘Revels North‘.

If we don’t have a scheduling conflict, and I know that June is already ‘packed’, I will plan to be there, with bells on my toes (which might come in handy since you can’t really stop me from dancing when I am a Revels).

Yesterday was the first time we had been out for our ‘daily’ run, up/down Prospect Mountain Road, in nearly 12 days given our trip to Arizona. So it was like one-for-one. First run, first tick. So we are back on tick alert given that the two dogs spend a lot of time outside. I check their gums. A trick I learnt from a vet. Pale gums are a sign that they might be losing blood — to a tick! Remember that.

The “massacre of the innocents” by the dastardly Germans.
1,198 killed (94 children) — 128 Americans.
Another reason I will NOT own a German car and
openly ridicule those that do —
including my own family members.

This sinking, and their are valid theories that the Lusitania was sacrificed for the ‘better cause’,
was what got the U.S. into seriously thinking about getting involved in WW I
— and even then it took another ‘2 years’.

Click to ENLARGE. From Wikipedia attributed to “Bundesarchiv, DVM 10 Bild-23-61-17 / CC-BY-SA”. you should ponder this and other pictures of the sinking to appreciate what a dastardly deed this was.

A sad and sobering anniversary. The Lusitania does not get the same attention that the Titanic commands — though historically the Lusitania was a more significant event. Much more interesting too. My now 22-year old son, Matthew, aged 3, following a visit to the Maritime Museum at the Greenwich Observatory (London, U.K.), became, overnight, a maritime disaster buff — an avid interest he maintained well into his teens. Thanks to his interest I learned a lot and still have a fairly large ‘Titanic’ library and memorabilia. Matthew was into the Lusitania too and I would watch documentaries with him. I remember all the stuff about the zig-zag course it tried to follow when it entered the war-zone around Ireland and people on shore seeing the disaster.

Please take a minute to reflect and RESOLVE

Fancy that.
I had no idea.
I just happened to catch a glimpse of it on ESPN cricinfo.com
when I was gathering material for my West Indies post.

I typically don’t try to follow cricket news because I do not
want to see (or hear) the scores since I am always WAY behind
in terms of watching the matches on TV.
So I avoid cricket other than on TV.

The U.S. lost to Canada.
As I expected lots of Indian and British names —
I am surprised that there are no Sri Lankansin the U.S. team.

Ruvindu Gunasekera, the Canadian opener,
the TOP scorer of the match — with 51,
is, of course, from Sri Lanka. Classic name.

But the U.S. has won against Suriname & Bermuda.

Click to ENLARGE and view here. From ESPN cricinfo.com. http://www.espncricinfo.com/ci/engine/match/863921.html

Click to ENLARGE and read this snippet here. Use link below to access “New York Times” article from 2011.

Deanna found this article this evening. Not sure how she found it. Well we know someone that suffers from it! It is NOT fun. Well at least now we have something to work it. Fancy that. Misophonia. I worked out what the word means — dislike (even hatred) of sound (‘phonia’)! Read the article.

Other Related posts:
a/ Jason Holder THE Man …

This, wrapped-up in 3 days, Test Match was never short of excitement.
It had the feel of an ODI and lets face it,
two of the innings were short of 50 overs.
[The entire Test was 250.2 overs.]

It, to an West Indies supporter of 40 years, was good to see that they
finally mustered enough resolve and technique to score 192 runs in the 4th innings.
When they were 80-4, with poor Shiv Chanderpaul gone for an uncharacteristic duck,
I was yet again resigned to see the Windies collapse and crumble.
I wasn’t convinced that they were going to win until they were within 4 runs with
6 wickets in hand — and even then they managed to lose Bravo.

I have become a Jermaine Blackwood believer.
He impressed me NO END.
I would liked to have seen him go to another century in the 1st innings …
and get his well deserved 50 in the second.
I just read that Viv rates him. If Viv thinks he is an unpolished diamond,
that is good enough for me.

Click to ENLARGE and read here. From ESPN cricinfo.com. http://www.espncricinfo.com/west-indies-v-england-2015/content/player/431909.html

My heart bleeds for Shiv. What a nightmare of a series for him.
I hate to have to say this but I think it is time for him to bid adieu —
and we will all applaud him for his yeoman service to the Windies.
What a man, what a cricketers. But, at 40, time, at last, has caught up with Shiv.

Felt bad, very bad for Shai Hope. He needs a bit more experience.
I have hopes, maybe not great, for Kraigg Brathwaite. He has shown class.
Jason Holder will prevail. He could have batted better in this Test.
He, however, bowled superbly.
I think I saw Gary, in a snazzy suit, as usual, watching the Test.
He must be able to relate to Holder and Blackwood.

I enjoyed the Test. 18 wickets in the 2nd day. It was heady stuff.

Shame the series is already over.

Just saw on Willow that the Australians are playing 2 Tests against the West Indies in June.
That is GREAT — but why just 2 Tests? That is not enough.
I guess the Islands can’t generate the crowds or the money. Shame.
But then again, I am still going to agitate that the whole concept of ‘The West Indies’
needs to be reexamined and reevaluated. International cricket should ONLY be
between bona fide sovereign nations.