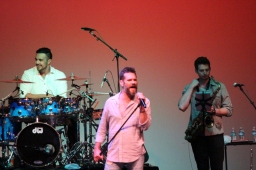 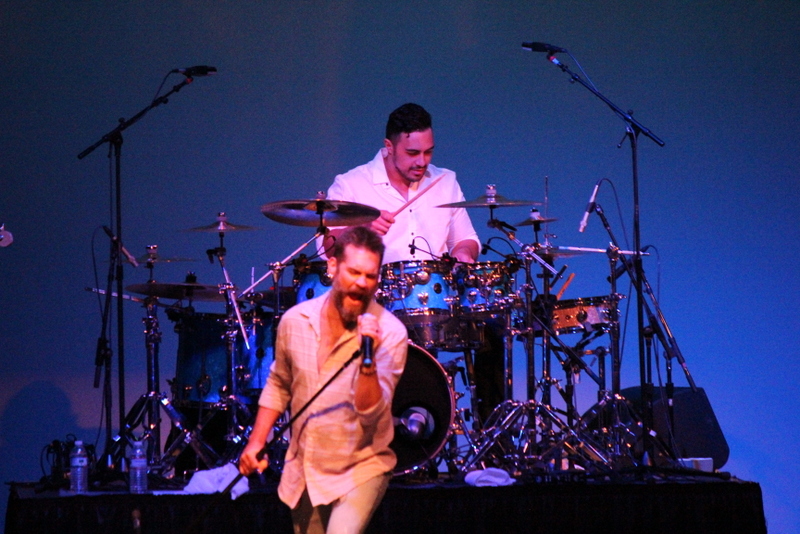 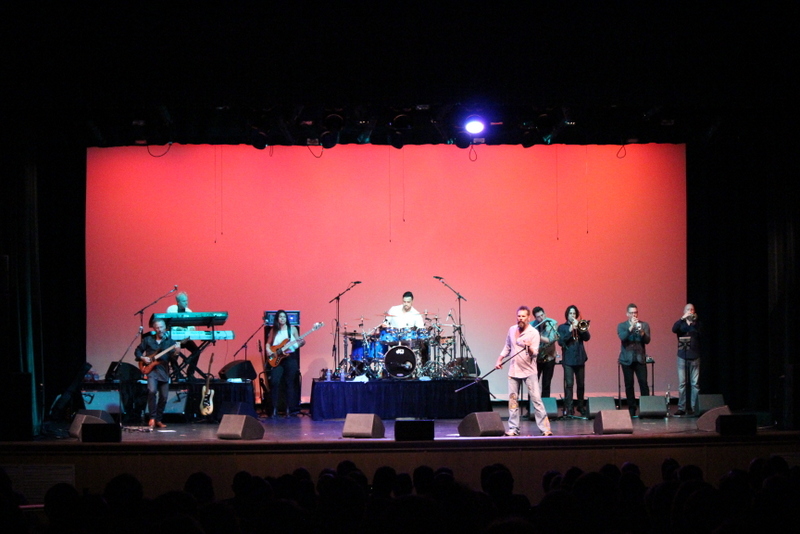 This was quite the concert. It was BIG in every way. The ‘Great Waters‘ BIG signature event for the year. BIG BAND! Nine people on stage plus a guest artist (the new drummer’s sister) and three or four tour management types. More equipment than I have ever seen and this was like the 20th concert I have worked as a stagehand for ‘Great Waters‘. We thought that dear Gordon Lightfoot (which was a great show) set the highwater mark when they came with a 53′ truck, packed to the gunwales, with equipment. This group that crisscrosses the globe doing concerts here, there and everywhere, on the other hand, travel light. They use drums and even some guitars rented locally and a full sound system, with TWO (2) 48-channel mixing boards — one of the audience the other for the stage — supplied locally. I have never seen or unloaded (and then re-load at 10:30pm) SO MANY monitors.

And it was BIG SOUND. It was loud as it is supposed to be. I liked it (and yes in my advanced age I am very likely going deaf). I have always liked loud music. But quite a few of those that had BOUGHT tickets and attended complained it was too loud! “Great Waters” even supplied, FREE, ear plugs and had a notice that the music would be loud. That all seems a bit strange and stupid to me. Why would you come to a concert like this IF you don’t like loud music? Why pay $50 or $80 to attend this concert and then use earplugs? Very strange people.

I will readily admit that I have never been a fan of BS&T. Yes, they are definitely of my era and 90% of the audience were around my age. Maybe it was because I was in Britain in their heyday. Plus, though Charlie Bird Parker’s son, Bird Jr., was my best friend when I lived in Paris 1968 – 1969, I have never been a great fan of brass. But there were 4 pieces I liked very much. The flue was a BONUS — shades of Jethro Tull. The new drummer (as of February 2015), from New Zealand, Dylan Eilse was awesome. It is said that he is the BEST drummer ever in the 40 year history of BS&T! His sister made a guest appearance on bass guitar. I got to chat with both. Very nice people. I also liked David Gellis, the lead guitarist. He is said to have been in the group 30 years. But you can see that he still loves every second of it. He was HAMMING for me when I was taking photos from the wings. That is cool! He was wearing a lovely shirt — but it probably cost more than my camera. I know he would have given it to me IF I had asked but I am still way TOO big.

It was a good experience. Some 600+ attended — in some cases paying some BIG bucks. They seem to love it — despite some complaining that it was too loud. They bopped, they cheered, they shouted. And that is all that matters. Making sure the punters are happy. Devanee and I, bar a 2 hour break, were at Kingswood from 11 am to 11pm. It was fun. Lot of work, but fun work. Nice people. That always makes the difference — though 96% of those that come to perform are VERY PERSONABLE.

But, it was all good. We enjoyed it. 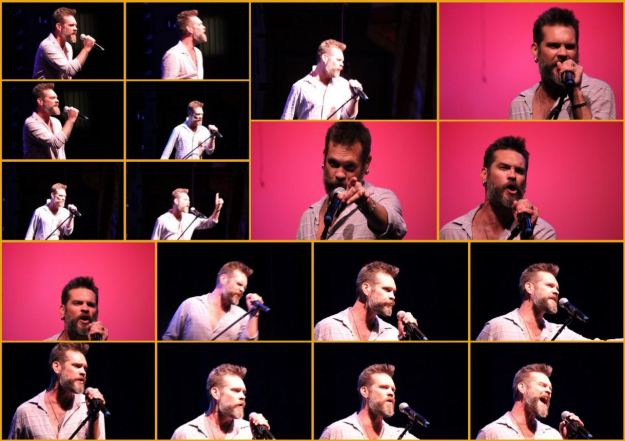 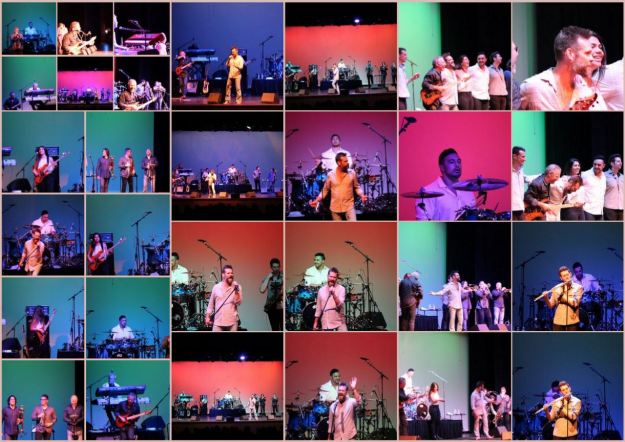