Click on any & all pictures to ENLARGE
(some are bigger than others).

Attribution will be enforced with gusto. 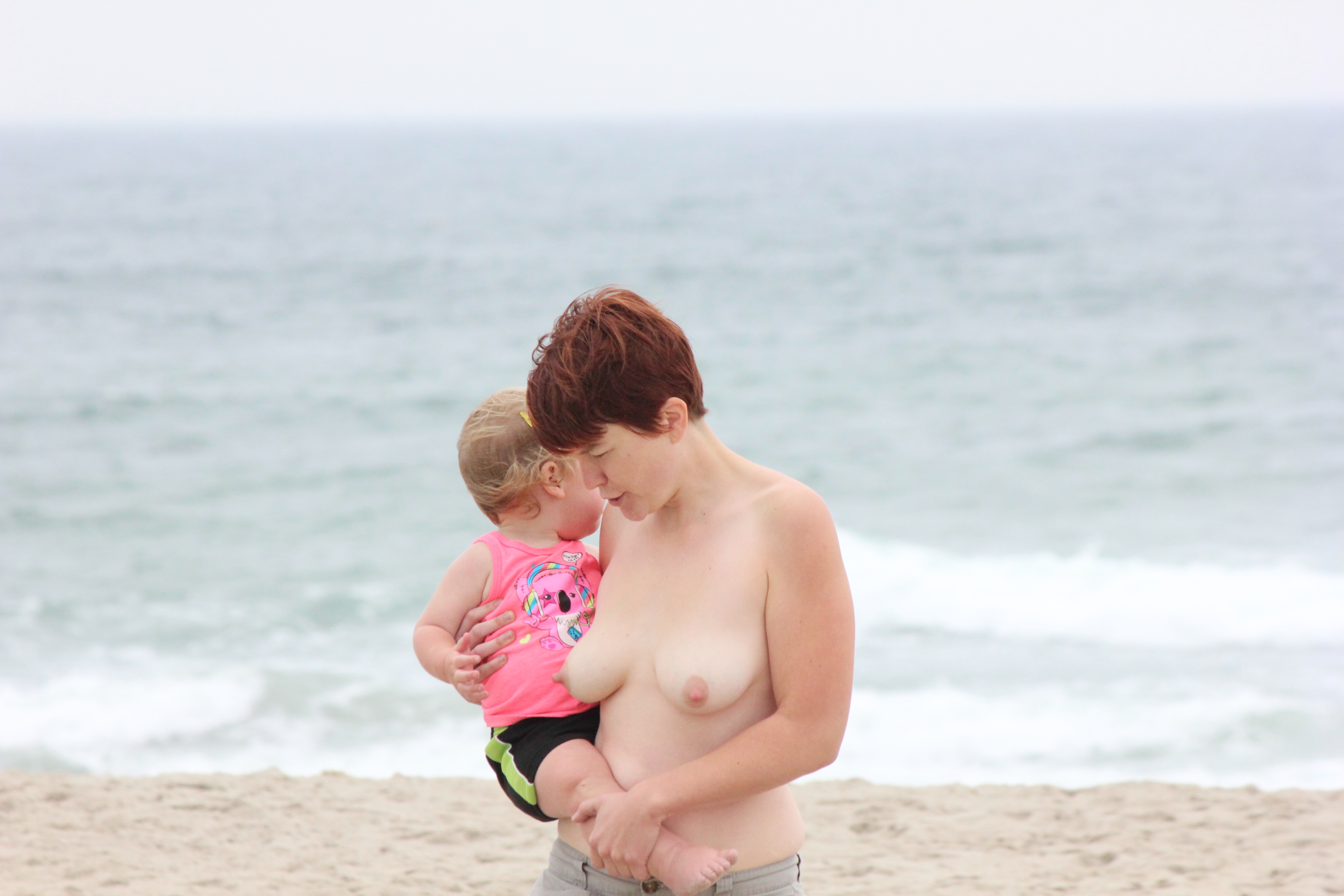 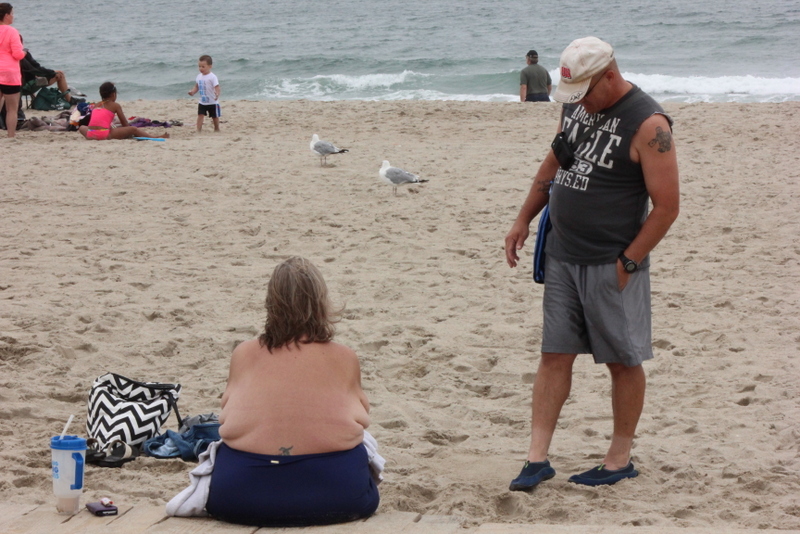 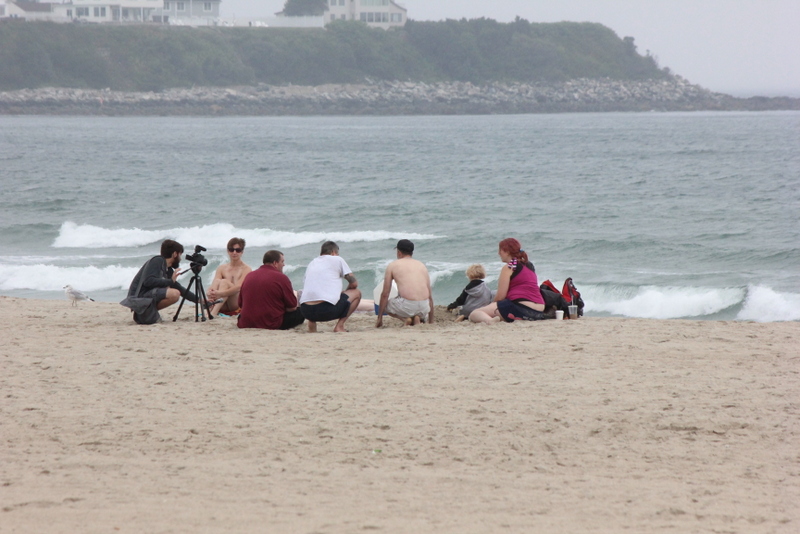 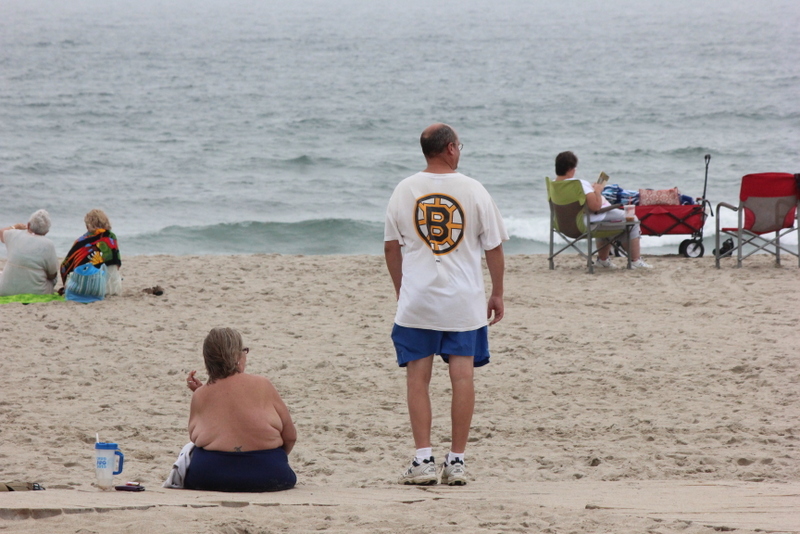 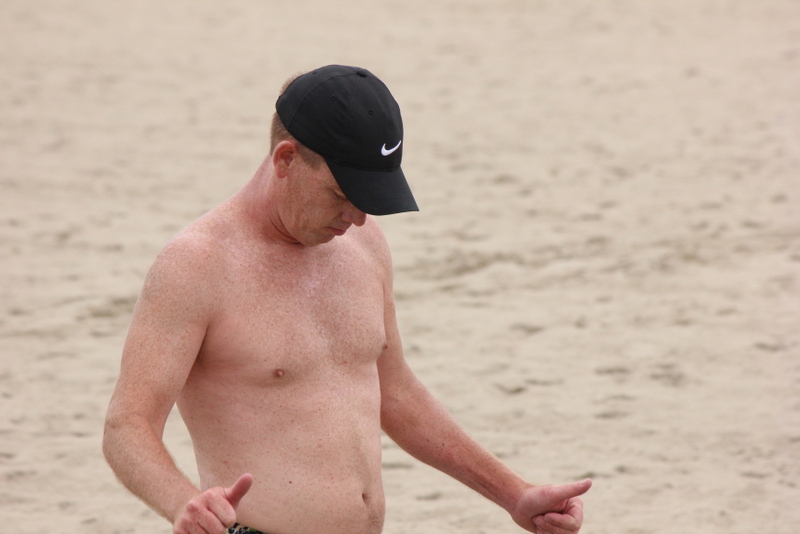 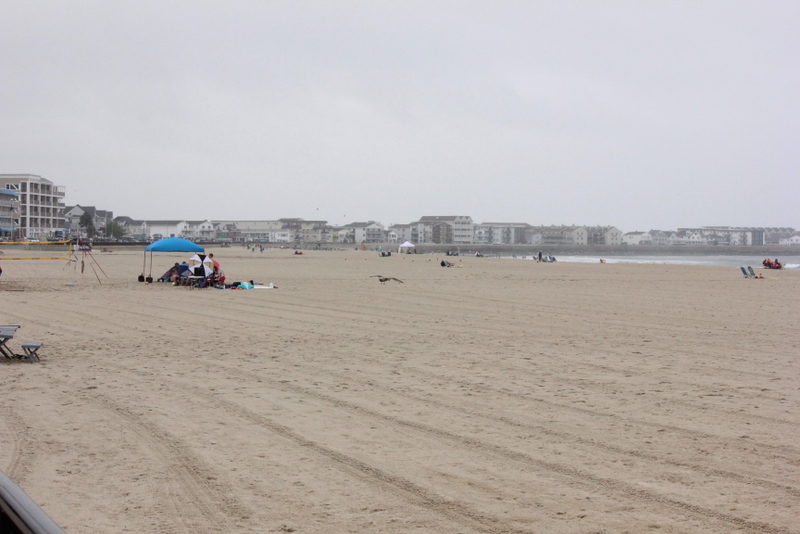 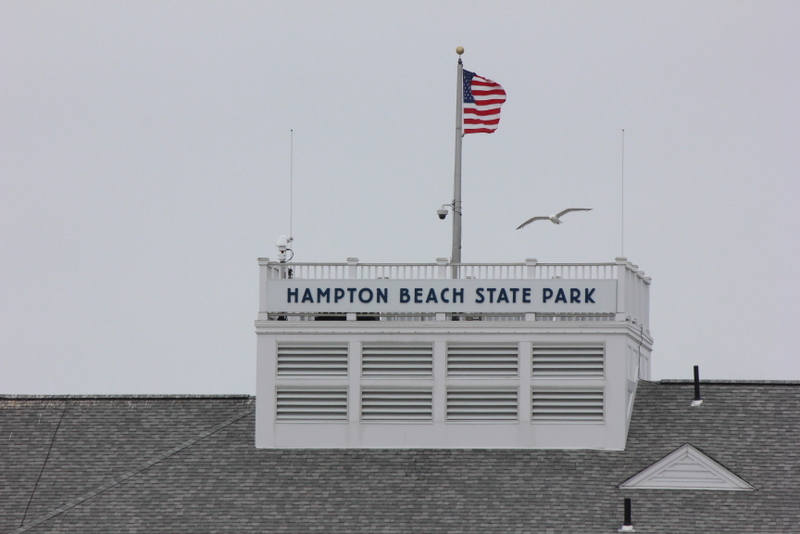 Was it a BUST?

We got there at 9:45 am. Yes, it was gray, damp and cloudy. It started to rain around 10:30, lightly at first but with increasing vigor. It was pretty heavy by 11:15. But since I know when to get out of the rain we were already in the car and on the way back by then.

Was it topless turmoil at Hampton Beach? Not that I noticed.

Was it mobbed? Not that I saw, but as I some of you know I have Keratoconus in at least my right eye and I don’t see that well, which is why I have so much trouble taking pictures.

I had heard that over 1,000 had indicated, on Facebook, that they planned to attend. I have seen media reports, even from yesterday, that claimed, DESPITE the dire weather report, that hundreds of people were expected at Hampton Beach. They must have all left by the time we arrived.

We saw 6 topless women — but we didn’t walk the entire beach or spend that much time there.

I did do a media interview! SMILE. More on that later.

I, as ever, could be wrong, but I think the inclement weather was the BEST thing to have happened to the Hampton Event. It gave everyone COVER.

Well, I have a book to finish. I will have more to say later, when the book is done. Yes, I am now on record, on video, saying what I had to say. Remember, I AM ALL FOR TOPLESS — without caveat. My biggest fear is that we will now encounter new legislation. I do NOT want to see the FREEDOM and RIGHTS that women enjoy TODAY being restricted. I want women to be able to go topless in New Hampshire — even in Laconia.

I gather they plan a surprise event in Laconia. Now that I can endorse. Because THERE there is something to PROTEST.

At Hampton Beach there was NOTHING to protest about. Women have their FREEDOM, they have their rights. Do not claim to be protesting. That is insulting to those that have genuine grievances. That would be like me protesting racism (which I encounter daily). No. Do not even use the word ‘protest’. CELEBRATE. You, the women of New Hampshire, have the RIGHT to go topless (other than in Laconia).

CELEBRATE. Rejoice. Lift up your tops.

The most beautiful TOPLESS thing at Hampton today.
Now that is class.

But this topless beauty made me realize, for the FIRST time in my life (as I approach my 62nd birthday in two weeks), that I have finally got old!

This Lotus is TOO small for me! Yes, I can get into our MGB without any problem, but this is even smaller than than that.

Yikes. I am finally old! What a shame. 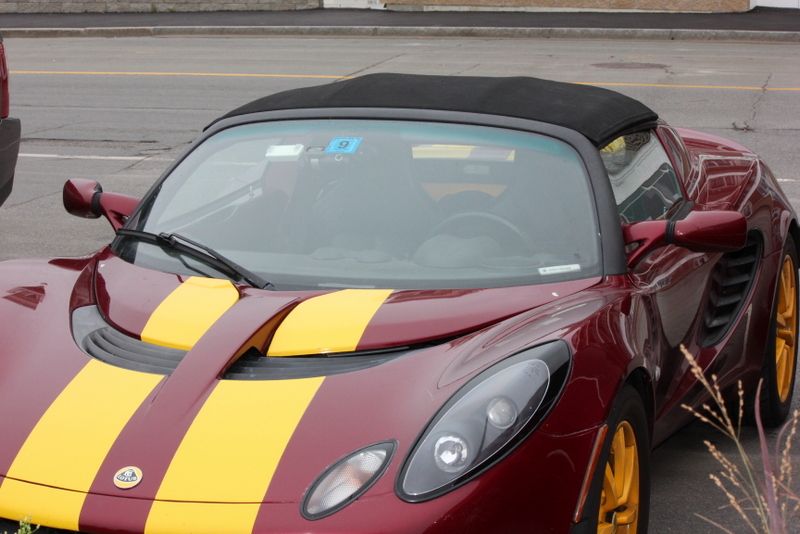