You saw her sing with “The Brigadoons”
last month.

Where YOU a Lactogen Baby?

I am trying to FIND others — from around the world.

But, I was NOT the only one. There was a Lalith Oswald Perera.

I Googled that name. There is a (rather (in)famous) Lalith Perera BUT I don’t think he was ‘Oswald’.

There was girl. I knew her from elocution classes or something like that. She lived fairly close to us in Nugegoda. Her last name, I am sure, was ‘Fernando‘. Her father was a coroner. That I remember vividly. He might have been the chief coroner for Colombo. When you are 8 years old coroners are intriguing figures. I had been to her house a few times. I remember exploring the house with her, even crawling underneath her parent’s bed, looking for what secrets a coroner might have at home! Kids! She is unlikely to be a ‘Fernando’ now. That would have been her maiden name. She is going to be as old as I.

It does NOT matter IF you were NOT a ‘Lactogen Baby’. IF you grew up on Lactogen YOU still qualify as a Lactogen Baby.

I am going to set up a page on Facebook so that we could, with luck, have a Lactogen Baby community.

Here is my story:

‘Lactogen Baby’, 1954 to 1962, Ceylon, ads, with this picture, with the heading ‘Baby Guruge’, appeared in 12 newspapers, in 3 languages, every day. SEE BELOW. ‘Lactogen’ was a Swiss baby formula company. My ‘father’, the clever one in the family, declined any monies from them! He said that he was ‘OK’. I was chubby even then, though I was born very sickly, physically twisted (arms and legs intertwined) and unable to pee. This was my maternal grandmother’s work and she mainly used coconut oil! Once I started eating she fattened me up on a strict diet of eggs, chocolate, meat, fish, rice and lentils. My ‘mother’ made me fancy cakes and puddings. I was doomed from birth.

Newspaper clippings of MY PICTURE I have from c. 1955.

The holes are actual worm holes! Something you will find in books and papers from Ceylon of this vintage!

You can see ‘Lalith Oswald Perera‘ in the first two images.

The 3rd image is from a Sinhalese paper. 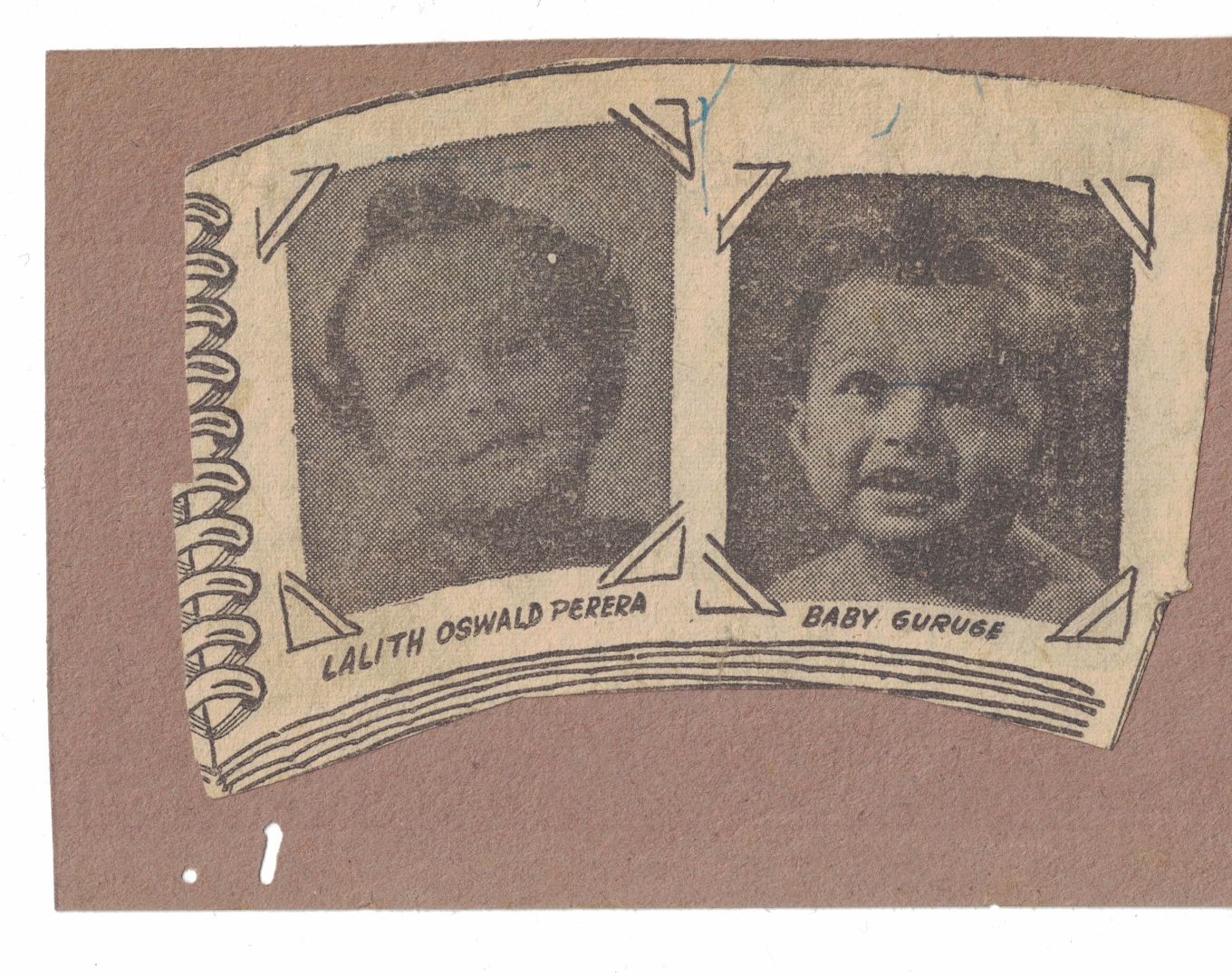 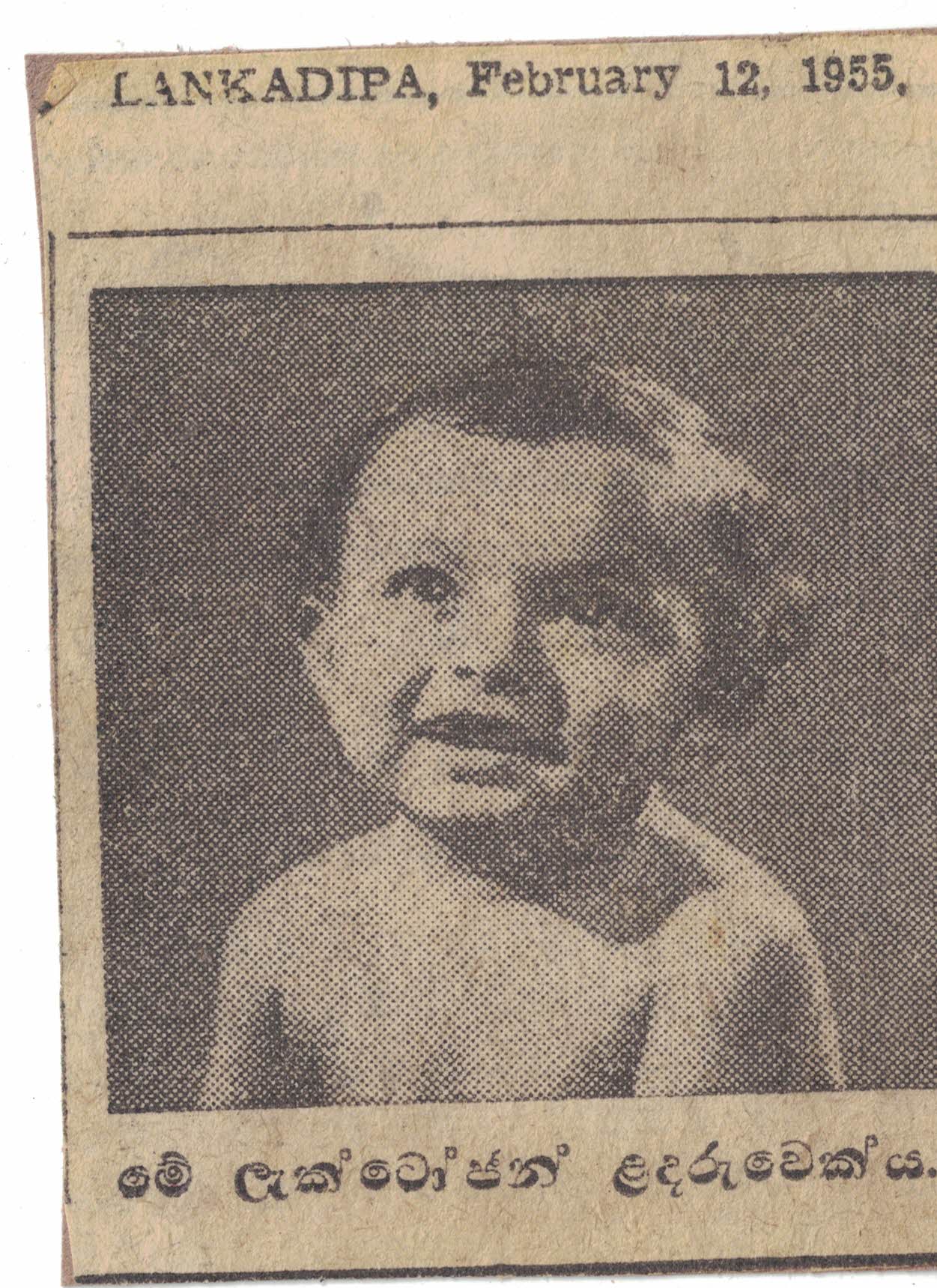 This was towards the end of the Sunday afternoon set — after Devanee’s stint.

While I have no compunction about parading my kids through the Web, I typically DO NOT divulge data about other kids, who I happen to photograph, unless I have explicit permission from their parents. But, I am sure many of you will work out who these two adorable — amazingly photogenic — belong to. To me they are THE NEXT GENERATION.

This was great. Now I know that there is a viable succession plan for my ALL TIME favorite Group. Given that 60% of the members are much younger than I, I am relying on this incarnation of ‘The Brigadoons‘ to regale me, yearly, at Loon, for at least another 15 years. And then … THE NEXT GENERATION.

Enjoy. Cherish. Savor.
This is PRECIOUS.

Copyright will be enforced vigorously. 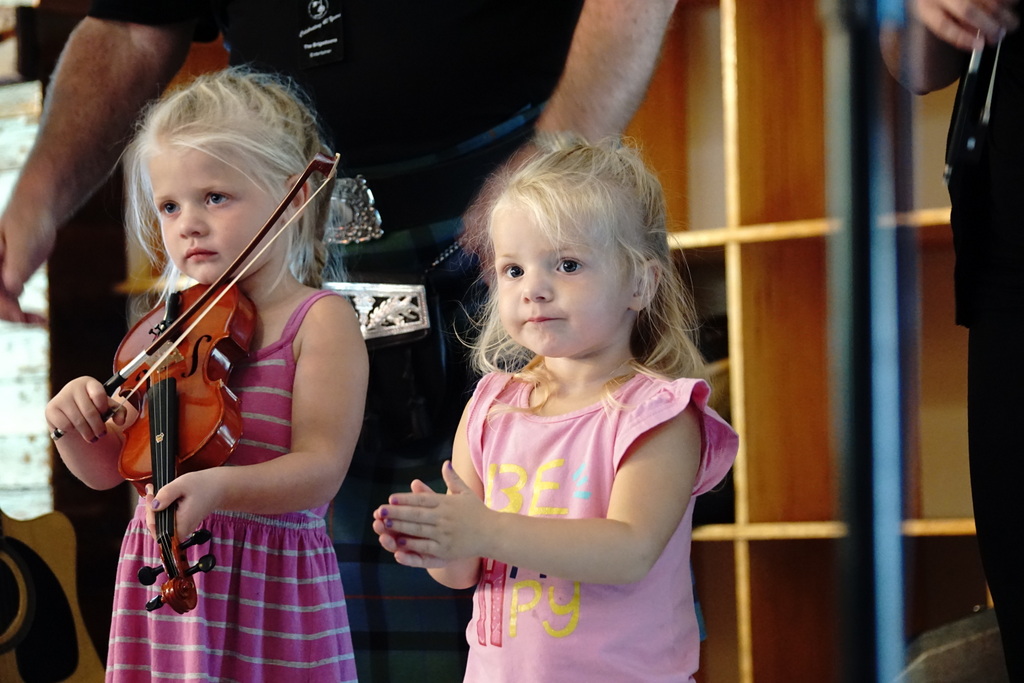 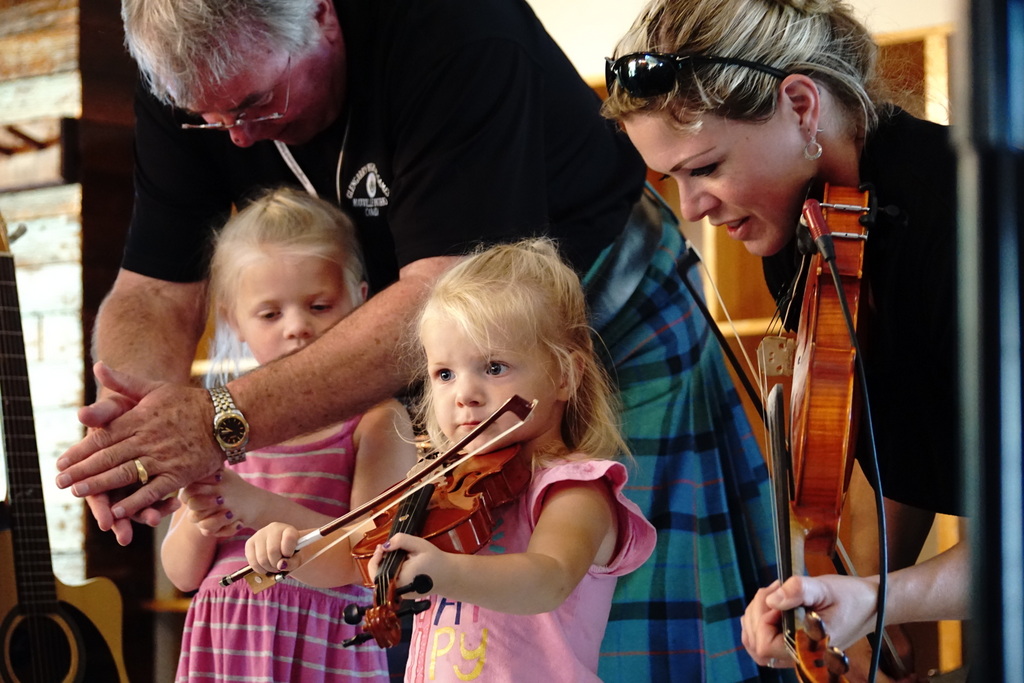 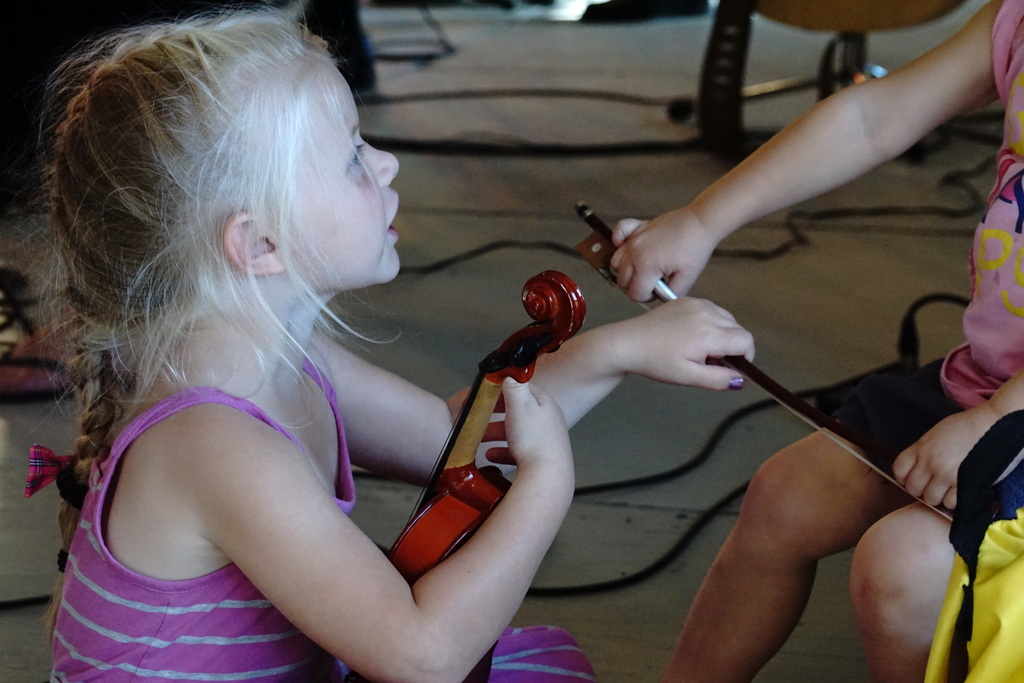 I had, for YEARS, adamantly refused to maintain a Facebook account. Deanna, an avid Facebooker, maintained some pages for me because everybody tells you that you have to have a Facebook presence. Yes, in 2006 or 2007 I tried Facebook for a few months and did not like it at all, at all. I deactivated my account! about 18 months ago I re-activated it BUT had it battened-down, as much as I could, so that very few people would see it. Very occasionally I set up ‘Web presence’ for people, typically lawyers, and when doing so it helps to have an active Facebook account to get various things going. So that was the reason.

Then last Friday, September 25, 2015, Itzik, his delightful wife, Iza, and his youngest 3 kids came to visit, for dinner — they having come over from Israel, for 2 weeks. Itzik’s first visit to the U.S. in 22 years and the very first for Iza and the kids.

I have, in my “Reengineering IBM Networks” book (published 1996), referred to Itzik as my alter ego in the Holy Land. Itzik and I go back to 1992. He is in the ‘Top 5’ of PIVOTAL figures in my life! Itzik changed my life (for the better I like to think (maybe hope)). Itzik was the one who convinced me to QUIT corporate life and go off on my own as an INDEPENDENT consultant/analyst. My ‘parents’ had tried to get me to do that for years BUT it was Itzik, in the end, who made sure I did. Moreover, he managed to get me to do so the VERY WEEK my son, Matthew, was born. He, along with another GREAT man, Ed Grace, came to New Hampshire in May 1992, checked into a hotel in Nashua and told me: “Yes, we know your wife is having a baby. No problem. You do what you have to do. When you have time come and see us.” They meant it too. So the day after Matthew was born, with my wife’s permission, I had breakfast with them.

My Danielle, 1992, aged 3. Yes, she was at the White House! Click to ENLARGE. Recognize the Lady in Red.

I quit my rather cushy job with BBN, as their ‘Principal Consultant’, two weeks to the day of Matthew’s birth! My wife, after a long career at Wang, had quit work 3 years earlier when my daughter, Danielle, was born. So now with two kids I set off with no guaranteed salary, health insurance or other benefits. It worked out. Thanks to Itzik.

Itzik, the founder of the Israeli ‘GoDaddy’, Interspace.net, is one of the cleverest men I know — and I have been very fortunate to know a few. Plus, he is hugely successful and 3 of his kids are megastars! So I listen to Itzik.

So when Itzik BEAT ME up, the way that only Israelis can do (and I have been ‘beaten up’ by quite a few of them given that I have done a TON of work for Israeli companies), that I was NOT on Facebook I finally relented. So …

On Saturday I started afresh on Facebook and signed up Itzik as my first friend. That was apropos. Itzik and I go back a long time.

I hope I have done the right thing. I am still not convinced. SMILE.

>> ‘Unable to Display’ error on Sony!

That I did NOT buy the Panasonic Lumix FZ1000 from Amazon, in my little (fairly insignificant) world is pretty dramatic and drastic. It is akin to me saying I have given up red wine for life or that I went to see a priest about becoming Catholic. Or maybe, horrors of horrors I decided to renege on my commitment to donate my body to science. Yes, it was a HUGE ‘about-turn’ on my part.

I love Amazon. My emotional and financial investment in Amazon is HUGE. I published my last 10 books (if not more) EXCLUSIVELY with Amazon. All my books are listed on Amazon. I am an Amazon Prime Member. I am an Amazon Associate. I have an Amazon Vendor account. I do MOST of my purchasing on Amazon. Typically a week does not go by without me getting something from Amazon. And then there is my financial stake in Amazon. Lets just say that I have more equity in Amazon shares than I have in ANYTHING else in the world — and that includes our (rather modest and unprepossessing) house. Yes, it is all relative ….

I bought the star-crossed Sony a77 mk II from Amazon. Since I was getting a FULL REFUND on that I could easily have got the Lumix FZ1000 from Amazon.

1/ Amazon would not have fulfilled the camera order themselves — it would have come from another, third-party camera dealer (as was the case with the Sony — which came from Cameta Camera).

2/ There were TOO MANY NEGATIVE comments on Amazon of people getting ‘used’ FZ1000 or those without a U.S. warranty.

3/ Amazon’s price was the same as that from BuyDig and I could get MORE from BuyDig BEFORE I applied a $15 discount.

4/ BuyDig was offering a FREE 3 year Panasonic Warranty (precluding me from having to think about buying extended coverage, other than for accidents).

So I got it from BuyDig. This was probably the fourth or fifth camera I have bought from them. They are Beach Camera under another name. They are good.

They offered, as you can see above, two different bundles for the SAME price as the BASE FZ1000. I got the bundle that had the MOST ITEMS. Smile. Like I always say, “I am not totally stupid, just partially”. I needed a SDHC card (because I had to return one with the Sony) and I needed some filters. The additional battery and charger were a bonus. I ordered a Wasabi Power Battery (2-Pack) separately. I trust Wasabi. So for the SAME PRICE as Amazon I was getting more, a discount and FREE shipping. And the camera arrived Tuesday morning, by FedEx, at 8:30am! Good deal. With BuyDig I had at least 3 options by which to pay for the camera. One was via Amazon! That was wild. But, I didn’t chose that — though that would have been a neat ‘best-of-all-worlds’ compromise. Instead I opted to go with PayPal — where among other things I instantly get 0% APR credit. Plus, I own PayPal shares too! Nothing like my holding in Amazon, but I am, nonetheless a shareholder of PayPal, from DAY 1. Plus by going with PayPal I have their ‘protection’ too, in addition to BuyDigs promises. Plus with BuyDig you also get Google ‘protection’. So it is like having belt-and-braces on top of what BuyDig promises.

So that is the story. I thought it was worth sharing because it was a fairly momentous decision for me — and a HUGE endorsement for BuyDig.

The camera bag, as was the case with Cameta and the Sony a77, was ridiculously SMALL. Take a look. I didn’t even dare put the FZ1000 in it. It might have been a very snug fit BUT I doubt whether I could have got my fingers around the camera without scraping them each time. I knew the bag would be a joke. I just gave it to Tesichan so that she can use it to carry doll stuff. I had a new bag that I had got for the Sony.

My first few pictures with the FZ1000.

A few more pictures with the FZ1000.
Click to ENLARGE. 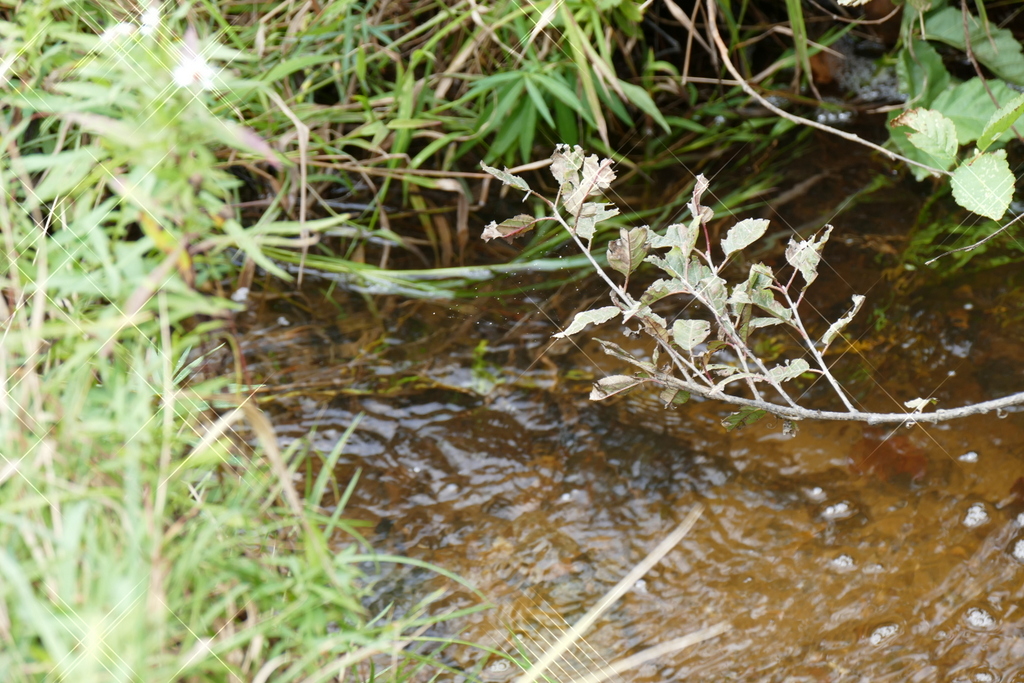 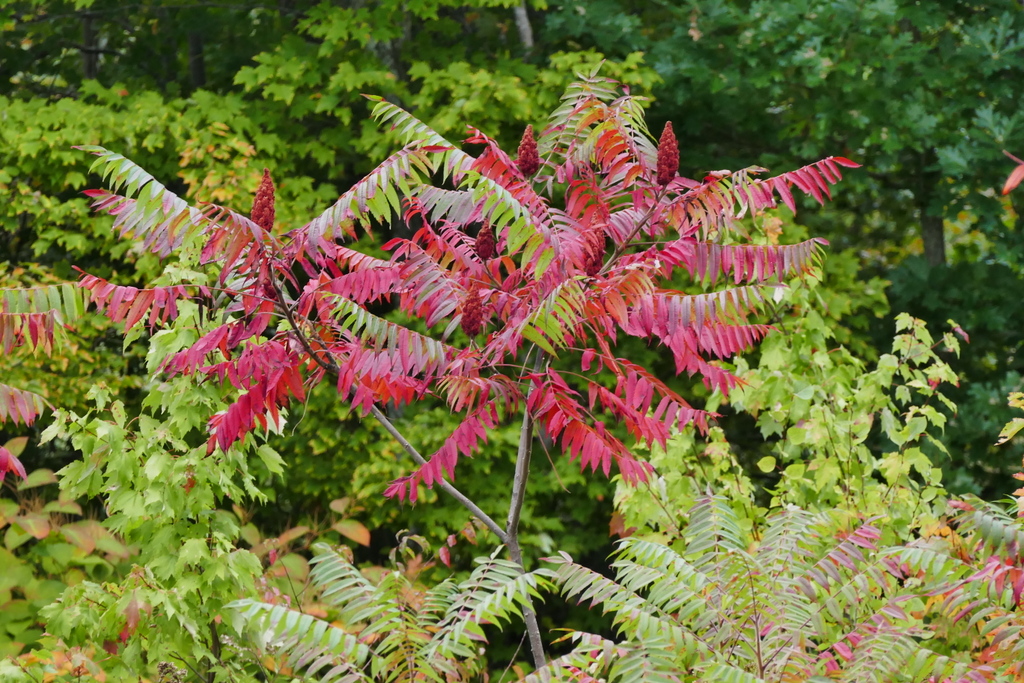