Attribution a MUST, images are copyright. 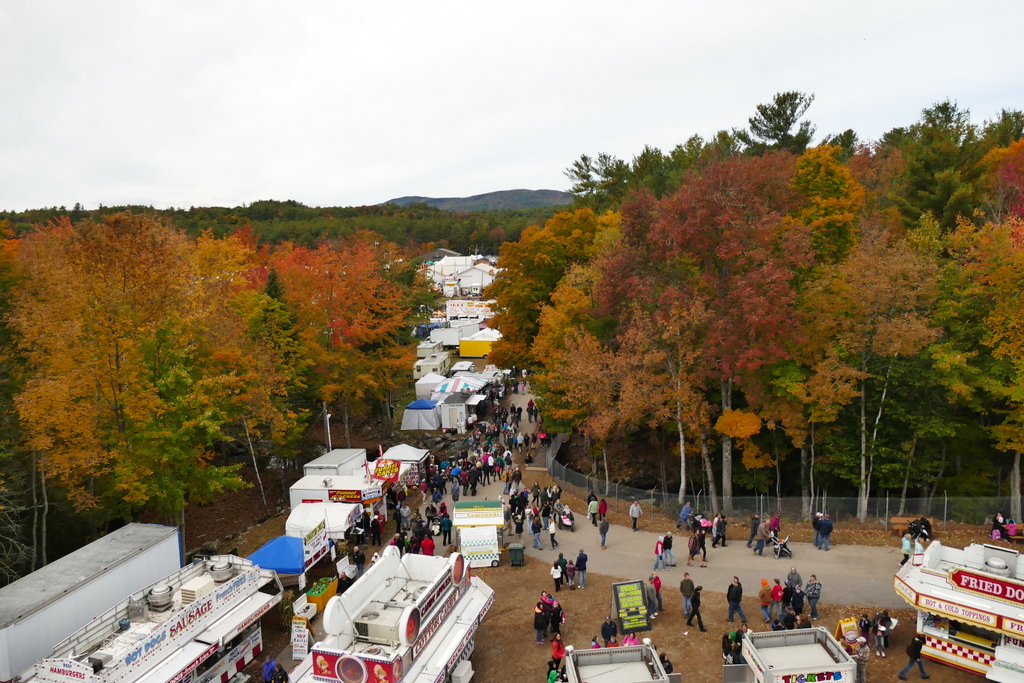 Yes, of course, we went. We go every year without fail and have been doing so for more than 15 years.

Yes, of course, it was good. It is always good. This year was special because New Hampshire Fall Foliage was ablaze all around the fairground. Yes there is always foliage for Sandwich Fair but this year was a banner year. Lots of vivid reds this year. That added to the normal ‘artist gone mad’ palette you normally get at a fair. I could not believe how lucky we were to get such exceptional foliage for the fair.

Yes, it was cold. We knew that. But, Saturday October 10 was Devanee’s birthday and she likes to go to Sandwich Fair on her birthday if she can — and we try to do so quite often. For the first 90 minutes, and we got there are 11:20 am, it was colder than we had bargained for. Then around 1pm the Sun came out, burned away all the clouds and we had brilliant blue skies and you will see in some of my later pictures. It warmed up considerably, but it was still chilly at times.

It was not as busy as is the norm for the Saturday. I think the weather was a major factor. The Sunday and Monday are warmer. There were still crowds but it was not mobbed like it can sometimes be. Less merchandise tents and even exhibits. Not sure what that was all about. But still, as ever, plenty to do. Prices much the same as last year and if anything the rides required less tickets (I am sure). Rides that I think required 4 or 5 last year only required 3. There were even ones for 2. So that was good.

It was fun. It always is.

This was my first outing with my new Panasonic Lumix DMC FZ1000 (which I had delivered on September 29). I wasn’t sure what to expect. I am still coming to terms with it. I took, as I had done at the Highland Games in September (with my ill-fated Sony a77 mk II), over 900 pictures! So lot to sort out. I will post some in batches as I did with the photographs from the Highland Games. Fairly happy with the camera. It can take some STUNNING pictures. So that is good. So here is a dozen more. More later. I still have over 300 to download to my PC!

A montage of the first 636 pictures.