As you would expect of one who wrote a 160-page book on the ‘Names of Popes‘, people’s names intrigue. I am always curious as to their origin and how one came to get it.

So, of course, the strange name of Luther Strange really piqued my interest and I had to research it.

Wow. It is what it is! ‘Strange’ as in stranger! Who would have thought.

I started with this PBS.org provided Last Name ‘search’
— which uses the U.S. 2010 Census data.

So it is not a totally obscure name though its usage is dropping!

Click to ENLARGE and read here. From ‘surnamedb.com’ — as you can see.

So now you know.

The next question is whether he will win today’s Alabama Primary. Right now he is trailing, but it is still quite early in the night. 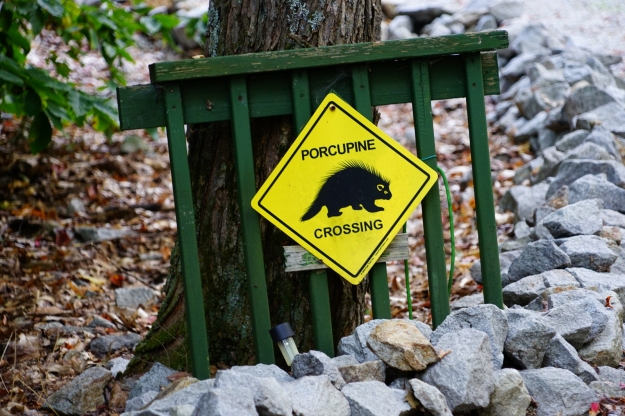 I think I remember this. I had just started at Mill Hill — my London boarding school. Music was BIG at Mill Hill, the kids, in general, affluent enough to indulge in their musical tastes in terms of LPs, record players etc.

In later years I would become EXTREMELY familiar with ‘Abbey Road’, the road and the iconic pedestrian crossing. Abbey Road was ‘next door’ to MY ‘Holy of Holies’ in London — Lord’s Cricket Ground.

When I started going to Lord’s for Test Matches and Middlesex matches, mid-1970s to 1985, I would park, for FREE, on Abbey Road — a bit further up north, and walk down to Lord’s. Often I would cross the pedestrian crossing for fun.

This is something you might want to consider BEFORE getting the new Vivoactive 3. To I GPS is the BIG thing. I love the GPS on my current Garmin Vivoactive HR and definitely want an UPGRADE in GPS capability. Being able to PRE-LOAD GPS maps for hiking would be neat.

So, I really need to give this more thought before rushing ahead and pre-ordering a Vivoactive 3.

It is even inconceivable to even think of but we all know what would happen. They would immediately be charged by the ICC of bringing the game into disrepute — heavily fined and suspended. That we know because the ICC is, quite correctly, is ultra-strict about behavior and compliance — and let’s face it, cricket has a 400-year reputation for his gentlemanly-manners, sportsmanship and decorum.

Now PLEASE do NOT get me wrong. I have NOTHING against American sportsman (and to-date, as far as I know, it has all being men) taking the knee during the national anthem. It is there right — and I understand that. But, having bummed around the World I also know the pride and significance of national anthems.

Having the national anthems played ahead of Internationals is NEW in cricket. Definitely post 1980. I actually like it. Very moving.

A few things to PONDER and Chuckle IF you are NOT an American.

There are things that WE (e.g., British, Sri Lankan, Indian, Australian, Pakistani etc. etc.) take for granted — like a National Health AND a National Sports Teams, or to be fair TEAMS.

America really doesn’t — in terms of what the PEOPLE FOLLOW — outside of the Olympics. Yes, they have a soccer team, and a tennis team. But those are NOT their national sports.

Just think IF the U.S. had a National Football Team or Baseball Team.

Just think IF the U.S. played national sports on an International basis — as we do, all the time.

Then the National Anthem issue would really become a BIG deal.

Something to think about.

Garmin has yet to announce the availability date for the new Vivoactive 3. The expectation is that it will be in mid-October, i.e., a few weeks from now.

I plan to pre-order it from Amazon. Nothing to lose. Amazon will NOT charge me (or you) till it is shipped. Just means that I (or you) will get it more or less as soon as it starts shipping.

In the meantime the Owner’s Manual is available — as a PDF.

I have downloaded it, already. {Smile}

Not a one from our yard! All from ‘Prospect Mountain Road‘ — which, however, is not far from our yard. This is my main running route.

Related posts:
>> Search on “foliage” for many more posts from prior years >>>> 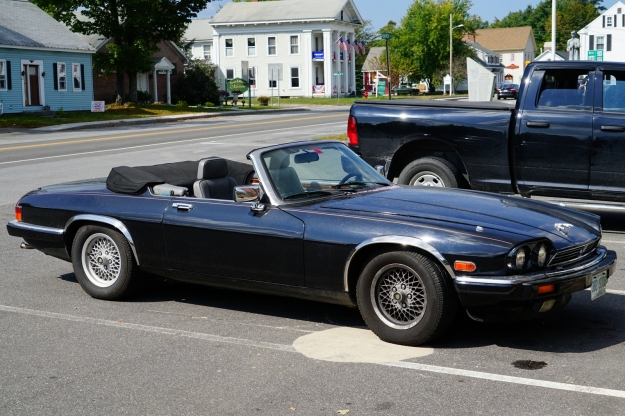 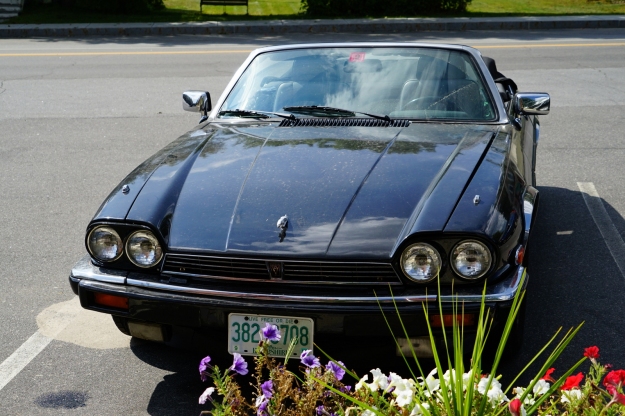 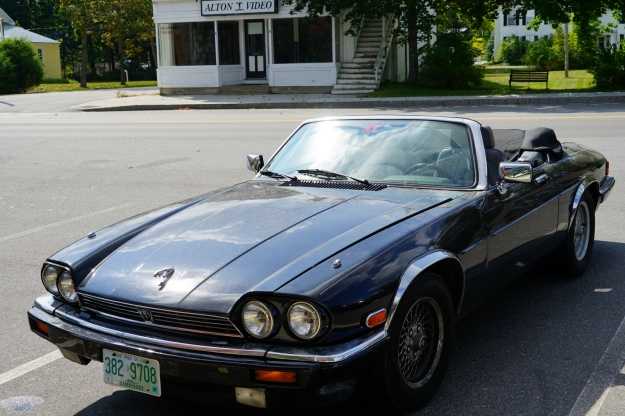 Out and about two days running (in every sense of the word). Well it, i.e., the XJS, along with the XJ8, the MGB and the Nissan Quest, all needed to be registered prior to month end. Plus the XJS needed some petrol. For those of you who have never owned a Jaguar, Jaguars run on PETROL, not gas. Got that. This was at the Town Hall.

They are all registered. You can actually see the bright green 2018 decal on the number plate. Next step — having them inspected. In the case of the Jags that will be Wednesday. 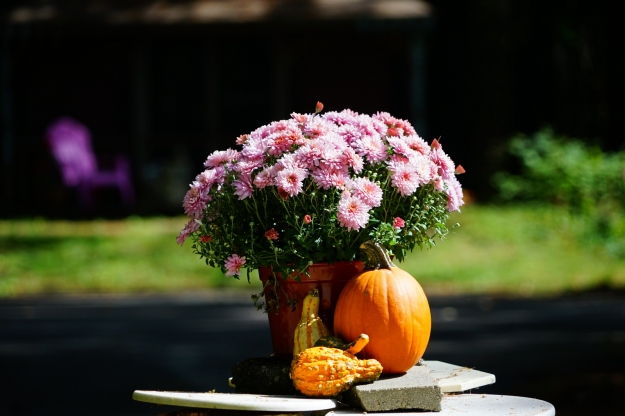 Not one from our our yard, for a welcome break for you. The potted Mum with the pumpkin was taken on our road — from within a Jag, albeit a topless one. The rest, as were those from September 21, 2017, were all at Hannaford, Alton, New Hampshire.