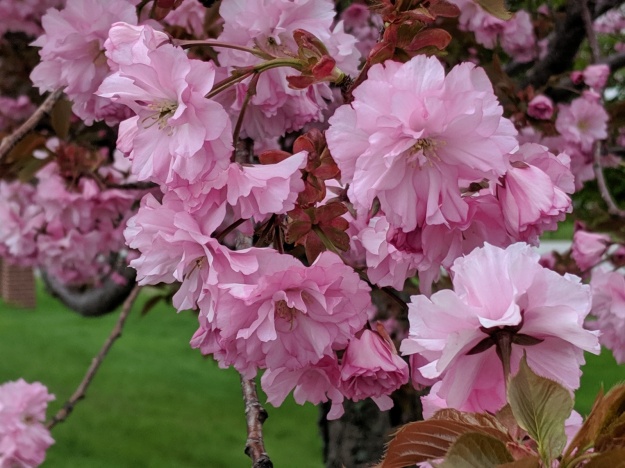 This story, as it was supposed to, stopped me in my tracks.

I guess the question now becomes “what would Jesus say?”.

That is the question.

I am still in shock.

The last update to Garmin Express that I took note of was on January 16, 2019. That was v6.11.1.0. This is three versions higher than that. So, there must have been other updates that I did not pay any attention to. Strange.

It doesn’t matter whether they are small or large, striped or spotted, venomous or harmless, green or brown. I do NOT like snakes.

There is, of course, a very good reason as to why I don’t like snakes. I grew up in a country, Ceylon, where we had deadly snakes, King Cobras among them, and you personally knew of folks who had died from snake bites. I remember one incident when a boy of about 19, who lived nearby, got bitten by a cobra. I don’t think we had anti-venom then. The whole neighbourhood kept vigil around this boy’s house, late into the night, as he died. I remember that starkly.

This column in our local newspaper today sent a shudder down my spine. It CONFIRMED, quite forcefully, that we do indeed have rattlesnakes in New Hampshire. They are called Timber Rattlers.

It gets worse, especially since I do NOT like snakes.

When we bought this house, in Alton, in 2007, the neighbour next door, an busybody Baptist pastor — who alas was also a Selectman — had decided to appropriate, for free, some of our land. Thanks to a corrupt Realtor we only learnt of this illegal incursion after we signed the contract and parted with the check. It took some time and money to sort out and one of the things we needed was a complete professional survey of our property to make sure that we had managed to recoup the land that this bugger had stolen.

We hired a well known and reputable ‘local’ surveyor. He was very nice.

There was, as always, two of them. Around noon they came to see us, quite flustered and red. They had seen seen two Timber Rattlers in the woods! They insisted that they knew what they had seen and that rattlers were occasionally seen in NH. I was beside myself. I do NOT go in the woods much. Have not heard of any reports, since, of rattlers in the neighbourhood.

Then this story. YIKES.

I had, just last week, read a real scary story of a real serious, though not-deadly, rattlesnake bite in Yosemite National Park no less. Yes, I like the West and we travel to the West often — including last Summer to Canyon de Chelly (yet again). Running into a rattler is one of my perennial frights.

That is enough about snakes.