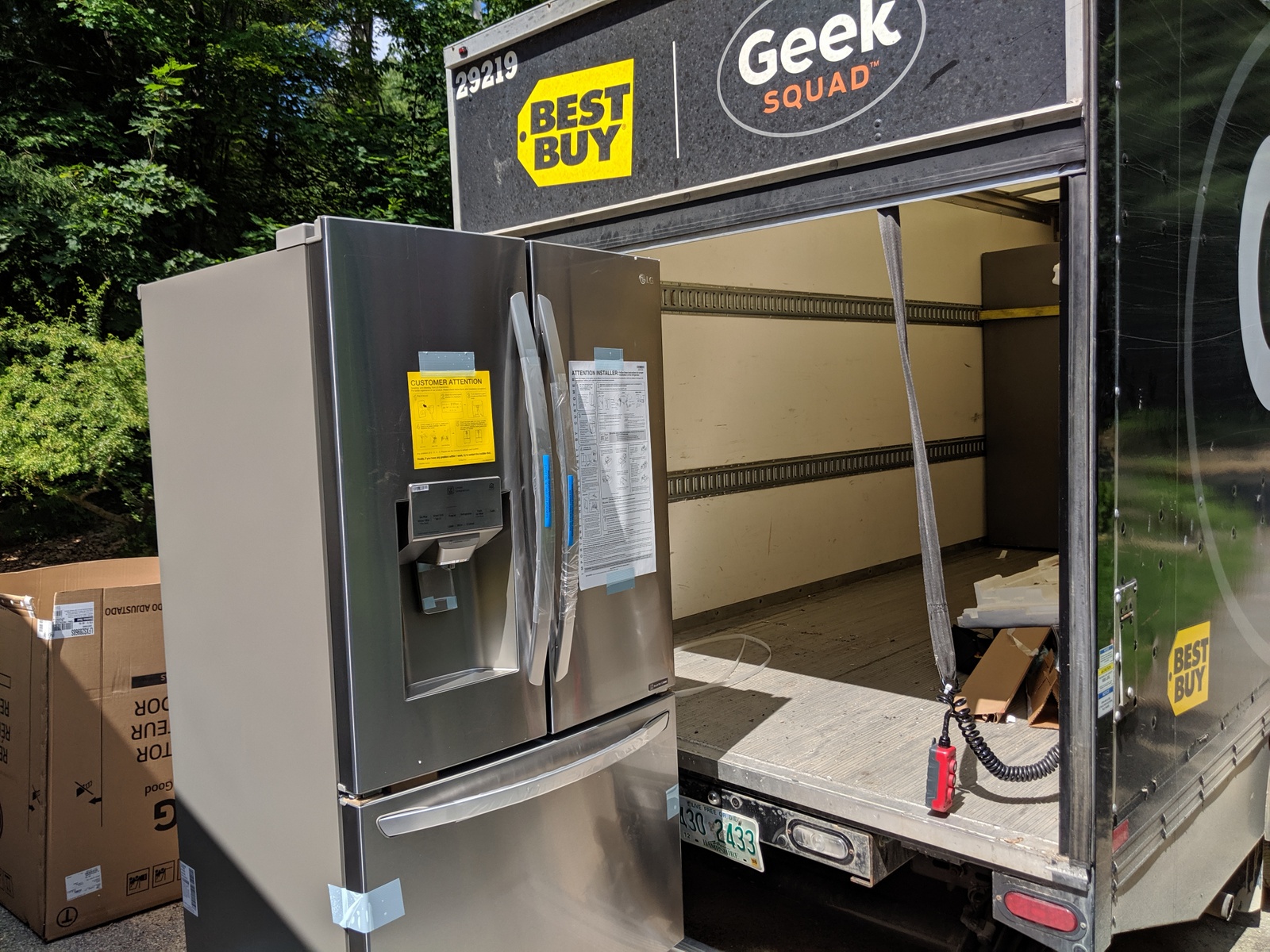 The ice makers on two of them, the Samsung & the Whirlpool, packed up — on the Samsung within 4-months & on the Whirlpool after 18-months. Folks, including those at Best Buy, keep on saying that ice makers are the bane of modern refrigerators. But, ‘we’ (and by that I do include myself) are so dependent on ice makers and ice water from the fridge.

It all started in April 2017. The GE that came with this house (both of which were new when we bought the house in 2007) packed up exactly one-month after its 10th anniversary! Talk about planned obsolescence.

We then got the Samsung. Ice maker packed up after 4-months. So, we were still under warranty. But, it took four (4) torturous months before we could get bloody Samsung to get around to addressing the problem. They told Best Buy (where we bought it from) to take it back and give us our money back. We then bought the Whirlpool — at Best Buy’s recommendation. They also ‘suggested’ we get the ‘Geek Squad‘ warranty.

Then, the ice maker on the Whirlpool stopped working. Geek Squad was here pretty quickly but they messed around for 2-months replacing parts. Then they said we could get a NEW one BUT we had to pay the new price. Plus, the ‘Geek Squad’ warranty ends and you have to buy another one! What a ‘deal’. Cost us $270 to get the new LG.

So, that is where we are. This is crazy. 4 refrigerators in 24 months.