This video shows the container ship swinging around like a drunk sailor BEFORE getting wedged.

They, i.e., the Canal authorities (all Egyptians), are now grudgingly admitting that it was NOT high winds. I knew that, & I am not that much of an expert!

They say it could have been ‘human error or technical malfunction’. OK? How come there wasn’t RADIO communications. A SOS!

Plus, these ships like commercial planes have VOICE RECORDERS on the bridge & ‘black boxes‘. What do they say.

This is MIGHTY suspicious.

IF this was a commercial plane, they would NOT have ruled out foul play for days. Hhhmmm.

I am going to be following this more closely. I will keep you posted. Stay tuned. 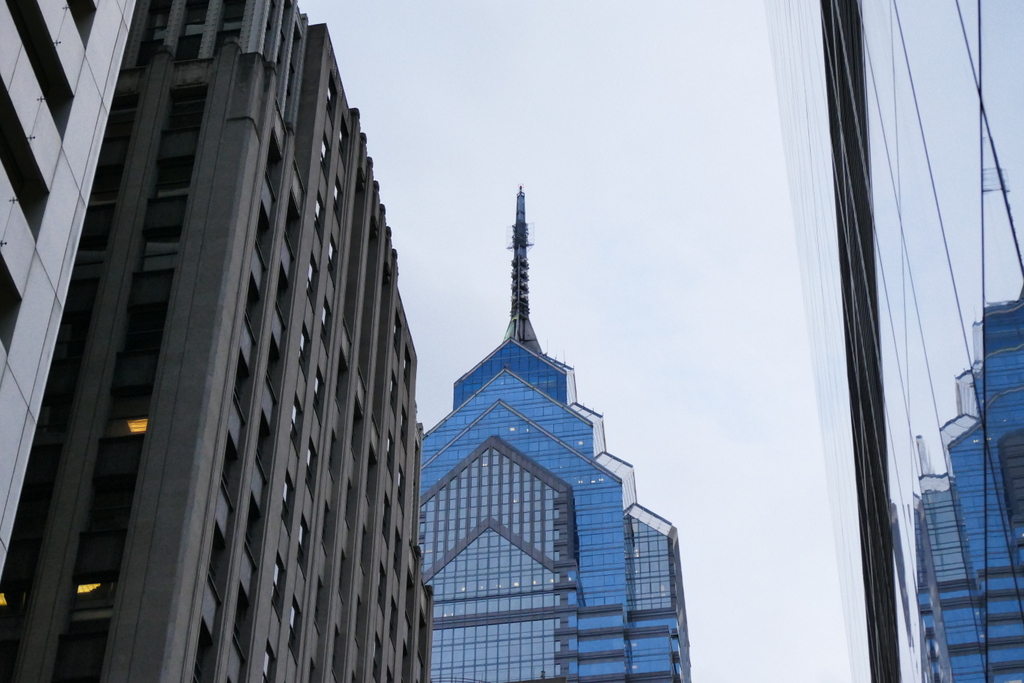 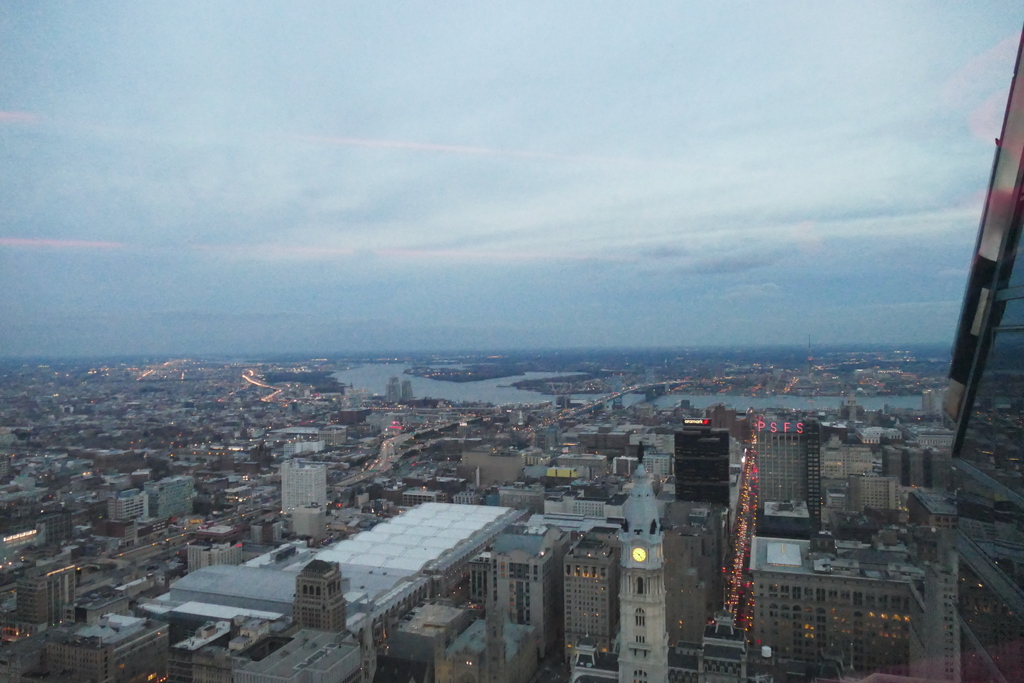 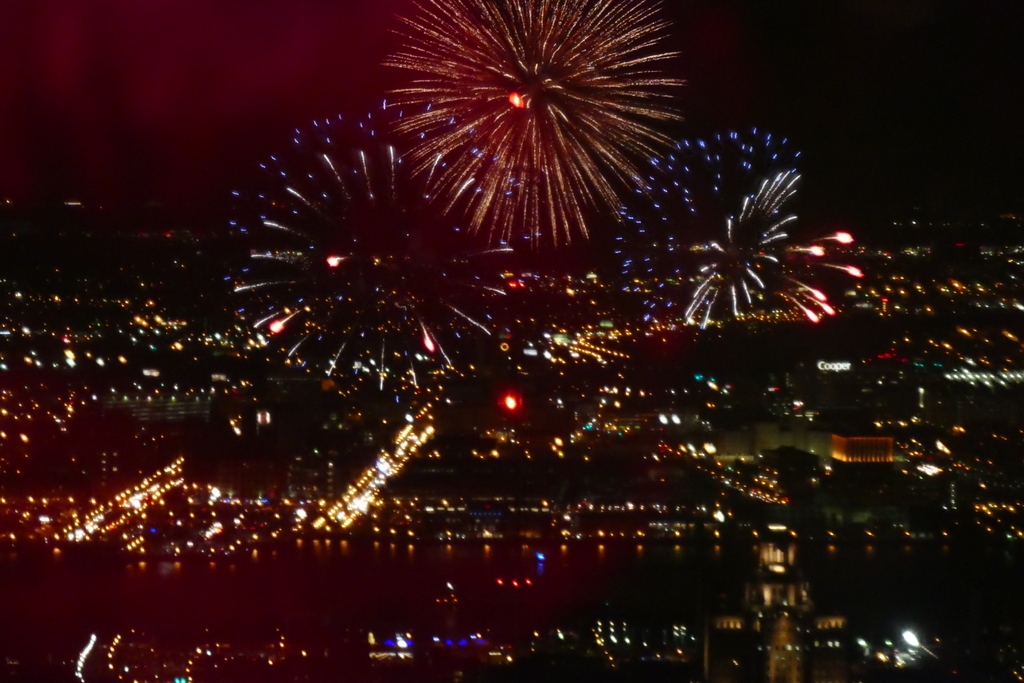 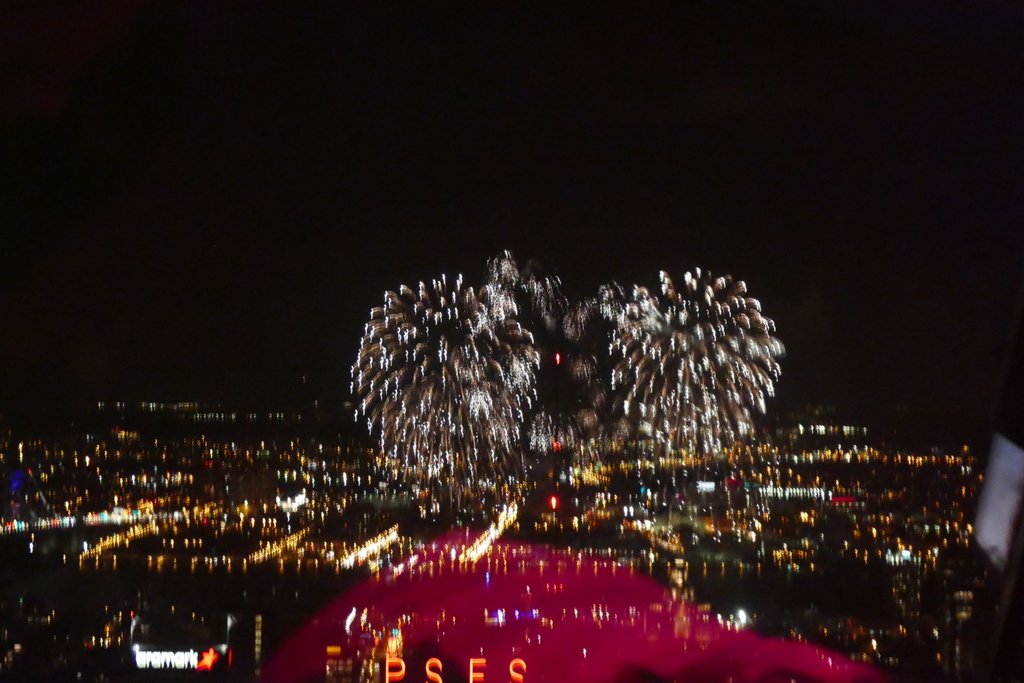 I discovered “Philly From The Top“, the “One Liberty Observation Deck“, when I was, in mid-December, checking online for New Year Eve’s options in Philadelphia given that we were going to be in Philly for 2016 New Year, after spending a couple of nights in New York City ahead of the Eve.

It struck me, at once, that this could be quite a neat venue for New Year’s Eve especially since there were going to be TWO firework shows in Philly, over the Delaware River (from Penn Landing), one at 6pm the other at midnight. I planned to see both as is my wont when it comes to New Year Eve’s fireworks — I go to as many as I can (Wolfeboro, NH, too having two fireworks until not that long ago). So my idea was to watch the 6pm from 883′ up, the 57th floor, and see the midnight ones from the riverfront. But I had visions that others too would have thought of this option and that it might be hard to time to be up on the deck at 6pm when the fireworks started.

I knew it was new BUT still pictured it in terms of the throngs to get to the top of the Empire State — having done that a few years ago. That is where I was wrong, dead wrong. I tried to call, but could only get voice-mail. Eventually I discovered that they suggested 75 minutes as how long it might take one to adequately enjoy the ‘view’. So I figured that if we got up to the top by 5pm we could stay till 6:15 and as such catch the 6pm fireworks.

My worries were for nowt. I booked timed 5pm ‘Reserved Admission‘ tickets. It wasn’t cheap with Devanee, at 15, considered an adult. It cost us $92 for the 4pm. I could have saved myself $20 by NOT bothering with the ‘Reserved Admission’! When we got there just before 5pm it was EMPTY and I mean EMPTY! Nobody in line. We just breezed through. That was good.

And ’empty’ really was the theme throughout. I don’t think there were more than 60 people MAX at any time. Many who were there as it got dark didn’t even know that there was to be fireworks at 6pm. There was another local family who like us had come for the fireworks. We hooked up with them and staked front-row space right by the glass. Not that we had to worry.

The staff were GLAD to have folks up there. As friendly as can be. Never interfered. That seems to be a trademark of Philly compared to New York City. Police and staff tend to be very low-profile.

It was fun. Different to see fireworks from above. Heard some of the sound, BUT not all. That was different.

GLAD we did it.

In time this deck will start to fill up with people and there will be lines. I am glad that we managed to enjoy the experience, New Year’s Eve to boot, before it was crowded.