This is the first this year as far as I recall, but, I could be wrong. Plus, contrary to what folks think I am not always here. They could have snuck in and done some work while I was away. Plus, I don’t get out of bed much before 9:20 am and look outside much before 9:40. As Deanna loves to point out most normal people have got 1/2 morning’s work done before I decide to brave the day. Well, I have never aspired to be normal.

The road is good. It needed to be graded. If the past Springs are anything to go by we should, in a few weeks, have a full time road crew billeted on the road, for daily attention. But, this year could be different! We will have to wait and see.

Here are the actual numbers:

What I wanted to establish, for Alton, was the real tax impact, i.e., the increased total tax rate against the change in property values.

That, as anybody who follows NH property tax will tell you is the only way to get a true read.

For 2012 – 2013, following the latest reevaluation of property prices, the total taxable property value base for Alton went down; albeit it, at -0.6%, by not that much, though it is the lowest it has been since 2007.

The problem is that the Total Tax Rate went up 4.7% — the town portion & the school portion both going up.

On our road, THE best maintained dirt road in NH, the 21 properties saw an average tax increase (per property) of $352.34 from 2007 to 2012. Maybe that is par for the course. All I know is that my taxes have gone up. I guess most people in Alton don’t really care. It is but mere bagatelle to them no doubt given that Alton is a rich town. I just wanted to see how things stacked up. Since I do it all in Excel, cutting and pasting the data from the State Website, it doesn’t take me long and it makes sure that I keep my Excel skills polished.

The one thing I really would like to find out is how Alton lost $9.2 million in overall property value when most values, as far as I can see, went up. It could be that the default rate has increased. IF I can muster enough courage I will try to broach the subject when I take in my check for the taxes in a couple of weeks. Happy holidays.

If you want my Excel spreadsheet,
with no macros and free of viruses or hooks,
download it directly from here.

Well I went looking to see what the new 2012 NH State property tax rates were.

The State, i.e., The NH Department of Revenue Administration, very kindly and thoughtfully provide the list.

They do have an Excel spreadsheet, though it appears to be one that indicates the status of where the State stands in terms of setting the tax rate for each town.
Plus the Spreadsheet has ‘macros enabled‘. Well I was not going to take any chances with such a spreadsheet — even from the State.
[Having ‘macros enabled’ in Excel has long been a potential security threat.]

I then did a couple of quick sorts. Wow. I did not expect to find Alton towards the bottom.

But, to be fair (and realistic), Wolfeboro, Center Harbor, Meredith, Tuftonboro and Moultonborough have lower rates not to mention Sandwich and Wakefield.

If you want my Excel spreadsheet, with no macros and free of viruses or hooks, download it directly from here.

November 20, 2012 on Stonewall Road. They tried to get the better of a large boulder buried in the road. The boulder won, quite convincingly. Nature 1 Town of Alton 0. Click to ENLARGE.

The stone is winning. They are backing off.

The winner — THE STONE. Still buried, but knowing them they will be here Friday morning, crack of dawn, with dynamite and a crew of 40.

We have never called up and asked for the road to be fixed. The road is fine — though it should be given the exceptional care it gets. I wear shirts that have more wrinkles than Stonewall Road in front of our house. There is an adage that a ‘starched, well ironed shirt front‘ is the epitome of ‘smoothness‘. Well if you want to see smooth come and see Stonewall Road in front of our house — albeit a few days after they grade, so that the stones they unearth can be buried back in the dirt.

My taxes went up 7% compared to last year. I would much prefer if they reduced my taxes by 7% and didn’t grade the road every 42 days — when the road was perfectly fine to begin with. It is amazing.

Now when I say that this was the second time in 42 days, I could be wrong. It might have been more! They come, sometimes even at night, to work on the road. In the Summer they could be here at 5:30 am. Plus, given that I do get out and about every once in awhile it is possible that they came and did some work that I did not notice.

I don’t want to appear churlish. They are the nicest guys possible and I know that they are doing this to help me out. I thank you. It is just the taxes. I moved from Gilford to here because I could no longer afford the Gilford taxes. I really am in a bind. Oh how I wish they wouldn’t treat me so special.

Happened to see this on the Alton, NH Town Website last night.

I have not heard of anybody else expressing any concern.

My taxes went up 7% compared to last year.

But, I guess I am the only one in Alton
that got an tax increase.

Gee, thanks. Happy Thanksgiving and Merry Christmas to you, too. 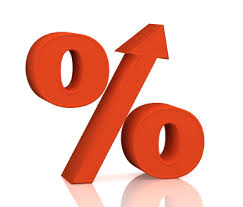 The State portion just went up a penny, balanced out by the county portion going down a penny.

Wow. My taxes have gone up quite a bit. And this is supposedly the fiscally conservative Alton! Hhhmmm.