Deanna took particular notice of all the concerns raised at Saturday’s meeting about the biometric bracelets that the kids were going to be forced to wear. As with the misinformation about school hours in Korea, I knew that this didn’t sound true. So, as I always do, I set to to check it out. This article spells it all out. 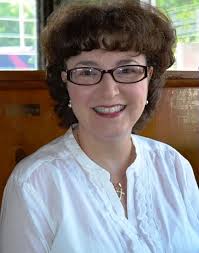 As I pointed out on Wednesday, I really don’t know enough about the ‘Common Core Curriculum’ to take a strong stance about it. So, I got Deanna to attend this meeting. I couldn’t make it because this is ‘Clearlakes Chorale‘ weekend and in the main it has been my job to make sure Devanee gets to all the requisite performances and practices (because the ‘Chorale’ was my idea) — and this weekend, starting last night, she has a total of four, because they are doing two concerts, one tonight and the other tomorrow.

So, Deanna went. She came back with some G-2. It was Jane’s meeting but Doris Hohensee (another State Rep or somebody who ran to be a State rep) also helped out. There was about 20 people in attendance. As far as she can tell there was NOBODY from Alton Central School (ACS) or the Alton School Board. Yes, Jane’s husband, Carlos Martinez is the new School Board member. He wasn’t there. From what she could see there was ONLY ONE ‘concerned Alton taxpayer’ in attendance — but he is a GOOD ONE. Maybe the best. So, I am happy about that.

Over the last 2 weeks I have learned, to my cost, that nobody in Alton cares about the issues that I bring to light. So, I am not going to bother. Let apathy rain, like Spring showers. As some of you may have worked out I have a bigger and better things to do. Push comes to shove I will just pay the additional property tax. So …

It does appear that there was, as was to be expected, some misinformation being touted around, with gay abandon, about the education system in South Korea. Two people are supposed to have claimed that the kids attend school till 10:30 pm at night! Well, I challenge these people, or Jane, to provide me with credible evidence of this. I found this and it says school close at 4 or 4:30 pm. Well, I attended an ‘expensive’ private school in Britain, Mill Hill, the same school that Mrs. Thatcher’s husband attended (and was the birthplace of the peerless ‘Oxford Dictionary’) and we classes 6 days a week, some of it late into the night, because sports, 3 to 3 days a week was also mandatory. I happened to be at Brewster Academy in Wolfeboro, NH this last Saturday night at 9:30 pm. I saw ‘young’ kids coming out of classes at 9:30 pm. So I guess it must be OK if it is in Brewster. Given that I had all my education in Asia or Britain, I am not one to criticize those systems especially because I managed to do ‘OK’, with the education I received, in the U.K. and in the U.S.

I happened to meet Tim Croes at the Alton dump this afternoon. We had a good chat. He is contrite. That is good. We are cool. Tim is young enough to be my son, possibly even my grandson. He knows that he let me down on a personal sense, because I had befriended him. But, it was a good chat. I am glad we spoke. I won’t bust Tim’s chops anymore. As for ‘speedy Gonzales’, 90 MPH Spaulding … who shows no contrition … That is a different matter.