We had not been to the movies (at a theatre) since August, when we went to see ‘Dunkirk‘. Given that we didn’t have much planned for the Saturday we decided to rectify it. None of us are “Star War” fans — though I have seen most, if not all of them. We were also not in the mood to see “Coco“. So, with I in the lead, we decided to see “Murder on the Orient Express“.

We knew the story line — and I am quite au fait with fellow Brit Agatha Christie. What I was eager to see was the cinematography. I knew it would be lavish — and I was not disappointed. Not sure how much of it was computer generated, but it is very artistic, dramatic, luxuriant and easy on the eye. Great humor and the recreation of Da Vinci’s “Last Supper” setting, in a tunnel, is brilliant.

All together a good experience. Lingers with you. Very clever. Made me want to read the book!

We saw the movie at our ‘local’ — the “Regal 10” in Concord, about 40 minutes from home. They had a police presence. I, being who I am, had to go up to the policeman — who was very pleasant — and inquire why. They were expecting long lines for “Star Wars”. So, they were just being careful. Interesting.

The trailer. Movie nowhere as good.

Watch the trailer. Skip the movie.

There was very little on
the ‘Little Ships of Dunkirk‘.

For a good historical perspective.

Dunkirk (2017) should have been the epitome of a feel good movie — revelling in the gung-ho, Dunkirk spirit of the British, the 850 Little Boats that crossed the channel to rescue 400,000 trapped soldiers — the pulling together that happened. Instead it was a very loud, special effects spectacular.

It was all drama, NO heroism.

It snatched defeat from the jaws of victory.

It was a movie for kids, video gaming addicts — not for mature adults, and DEFINITELY NOT for patriotic Brits like I. Americans love it. Many believe that there these are Americans being rescued. Forgive them, they were never taught history.

Yes, the bravery and heroism of Spitfire pilots are highlighted.

But, there is hardly NOTING on the Little Boat Flotilla! Just a passing reference so to speak — though to be fair, one of the three parallel threads of movie is all about ONE such boat. But, we just see a fleeting ALLUSION to the other 849 boats.

I was very disappointed. I went expecting to come out UPLIFTED, gung ho … full of the Dunkirk Spirit.

Read some of the IMDb.com reviews. There are others that feel the same way.

The soundtrack was obnoxious. Appears that it was intentionally made LOUD.

I can NOT recommend this movie. I will not watch it again, even when it becomes available on ‘TV’.

I wouldn’t even bother to give this two thumbs down. It just needs a kick up its ugly backside. 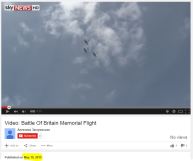 The heroic, odds-defying evacuation of Dunkirk by the brave flotilla of little British ships stands out, resplendently, in the “Top 10 Greatest Moments” in Britain’s long, storied, illustrious and momentous history. This was British grit and determination at its best. Defying all odds. Showed the bloody Germans that Britain cannot be easily humbled.

I was thrilled to read about this recreation. Wow. 75 years. Britain at its best.