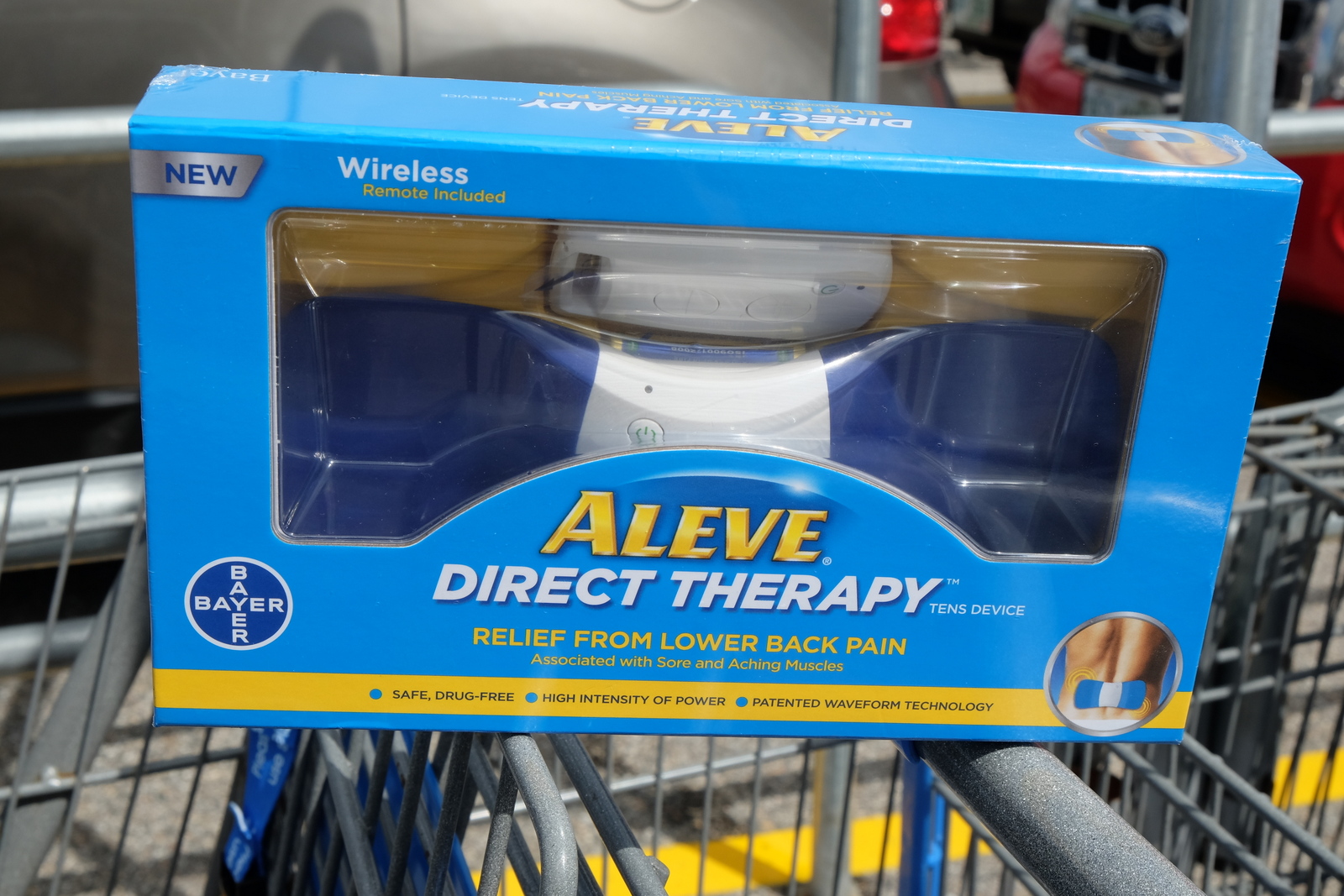 A version of the “Aleve Direct Therapy” TV commercial — this one on “iSpot.tv”. Click to access and play. It will give you an idea of what the TV commercials claim.

I got Deanna a wireless “Aleve Direct Therapy” TENS unit, from Walmart, on July 19, 2016 (on our way back from “Polar Caves“). As I had said before Deanna already had a professional-grade TENS unit — but it was one with lots of wires that she didn’t like to use since the wires would come loose and give her shocks. The wireless “Aleve” (made by the curiously named “Hollywog” corporation) seemed the perfect solution which is why I was willing to buy one — though anything to do with her back is supposed to be covered by her “Workman’s Comp” insurance in that she hurt her back at work.

The Aleve Unit only comes with one set of gel pads. Deanna found a good deal for 10 gel pads, on Amazon, from Hollywog. We had those delivered early last week.

Last Friday morning she was putting on the Aleve JUST as their TV commercial came up (most likely on MSNBC). So we both watched it — she midstream in the act of pasting the unit to hre back.

When the commercial was over I asked her how the Aleve claims matched up with what she had experienced.

She said that the unit works and works as well as they claim on TV!

That, to me, is a pretty good endorsement given all the harsh things I had heard over the years about her wired TENS unit.

So that is good.

Just wanted to share that with you just in case you were thinking of getting one.

For the price and given the money-back guarantee I would definitely try it out.