It proved to be a BUSY month. Three (maybe 4) trips to Boston to do with my cataract surgery.

It is SCARY that Google keeps track of EVERYWHERE I go!

In the end I travelled as much as I normally would have — THOUGH I did not take any type of public transport, get ANY takeout or go to a restaurant as of March 2020. So, all of these trips were road trips — many of them documented here.

The COVID restrictions did NOT start applying to us till mid-March. By then we had already done two trips — one to Newport, Rhode Island & the other to Rockland, Maine.

Then right through the Summer it was Day Trips — though one involved a 9-hour drive.

Then as of late August we made the trip South — all the way to North Carolina.

Elevation was an issue.
No paths/no trails & GPS was telling me to go UP!
Did NOT want to risk going too far …

The views from the TOP before I got lost.

It has been 27-years since I lost got lost in New Hampshire. Given the amount of walking/hiking I do, I consider that not a bad record.

Kind of crazy. Had a premonition all morning that I was going to get LOST! Maybe I set out to get lost.

Patchy snow cover. So, I couldn’t always follow my tracks.

The map on my Garmin Fenix 6 Pro is too small and NO bloody good with my eyesight. Yes, my fault.

I had GPS and Google MAPS on my phone (Google Pixel 4) and it showed me where I was heading. But, the terrain was not helpful and I felt I was going the wrong way. It was slippery and heavily wooded. I did not want to hurt myself. That would be have complicated matters. So, I called ‘911’.

They were very nice and I offered to pay. They didn’t come into the woods to get me out. SMILE. They also did not have a GPS that showed them where I was at any given time.

They basically talked me out. Had the two dogs with I. I had to make Braxton bark. They would listen to his bark when we were in range. That is how we walked out — way on the other side of where I had gone in. How did I get Braxton to bark. I would have to tie him to a tree and walk away. He would bark. Not ideal, but that was the only way. I never went far, and he could see me. So, he wasn’t really scared. He saved the day. The Golden doesn’t bark if I am around! She is just happy.

So, that was quite the adventure. ‘They’ were very nice. I knew a couple of them. Need to get a better Compass APP for my phone.

As somebody who lives, openly, on the Web it really doesn’t bother me that much that Google is now keeping track of my travels.

Most of where I go, of import & interest, gets reported on this blog anyway. So, I kind of don’t care.

This, I know, will bother some — quite rightly. Scary what the police could do with it. Good job I have no secret travels and very few secrets, if any.

In a way I regret that ‘Google Maps‘ has not been around all my long (and semi-illustrious) life. Would be nice to have a log of all the places I have visited given that I used to travel EXTENSIVELY. The other day I TRIED to count the countries I have visited. I got to around 39. I might have been to a few more.

Oh, there are quite a few mistakes in the Timeline.

‘Google Maps’ lists Rockland, Maine, as a NEW place I visited. Oh, dear! First time I have been to Rockland with ‘Google Maps’. That is the problem with this stuff.

I am a great fan of the Google Maps OFFLINE feature. I have most of the local areas downloaded on my Android 7.0 ASUS ZenPad 10.1″ and it works a treat. Before I go anywhere new I make sure to download the pertinent maps. Never had any problems.

So, when I got myself a 128GB Google Pixel 2 for Christmas I set out to do the same thing — i.e., download the New Hampshire, Mass & Maine maps. It just kept on FAILING. Didn’t tell me why. Just that “Download Failed to Complete“. Tried it 8 times — and then decided that this wasn’t a temporary server glitch.

Did a Google. Found the above

That is fine other than the fact that you can’t install a SD card on a Google Pixel 2 or Pixel 2 XL!

So, you are screwed.

What I find MOST amazing is that Google had not foreseen this problem.

I spoke twice with the Pixel support folks. They had not heard of it and did NOT know what to do.

Tried contacting Maps support — but with NO luck.new-hampshire, alton,

This is unbecoming of Google.

Took all of these on September 3, 2016,
in the lawn of the “Wonder View Inn“,
in “Bar Harbor” — after enjoying their
very good complimentary hot breakfast.
Our 4th time staying there. 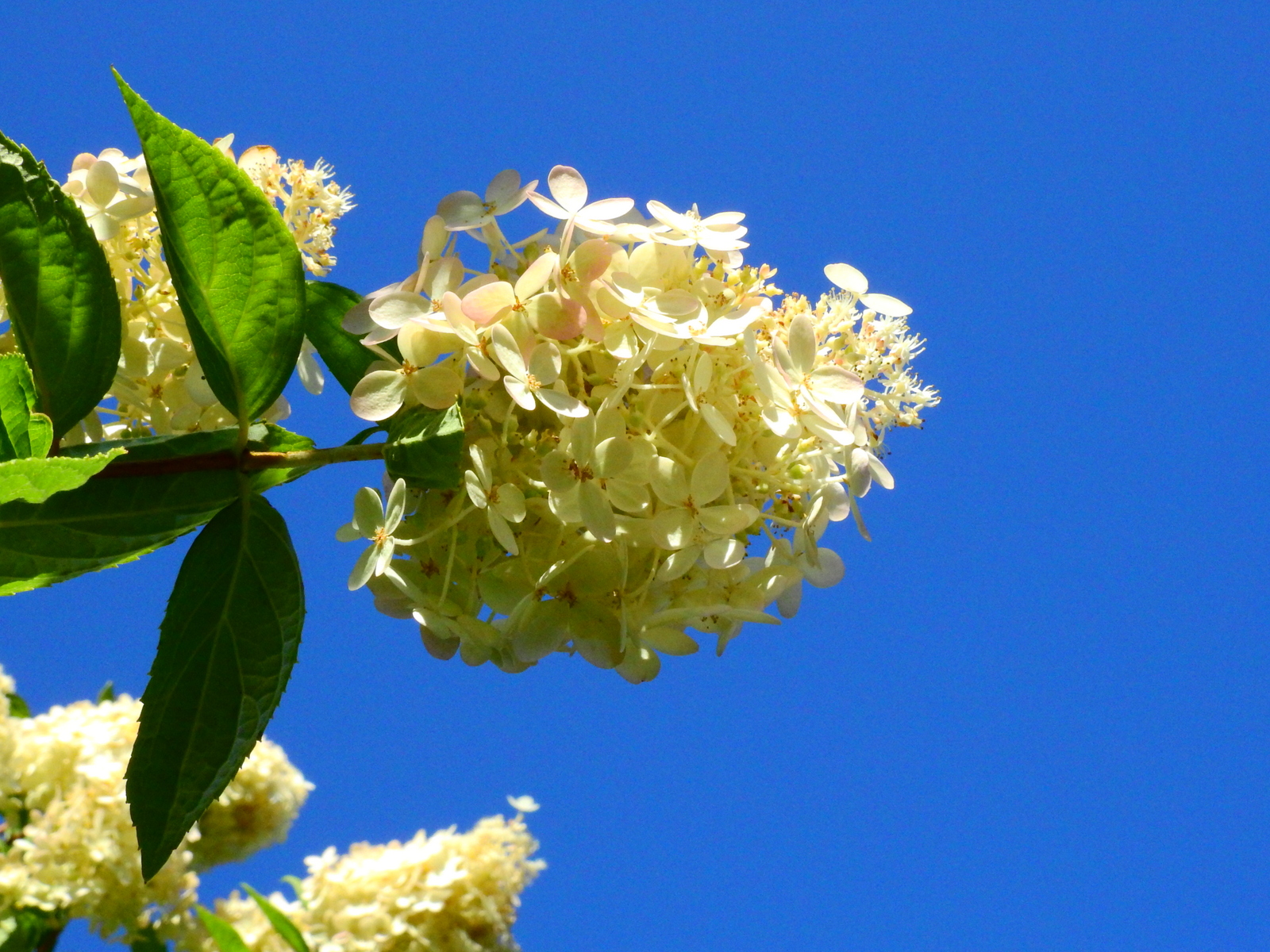 This new Visitor Center, opened on September 1, 2015,
is near the start of the ‘Schoodic Peninsula Loop Road’.
It is actually in the newly constructed
‘Schoodic Woods Campground’.
As such it is easy to overlook —
which would be a shame. 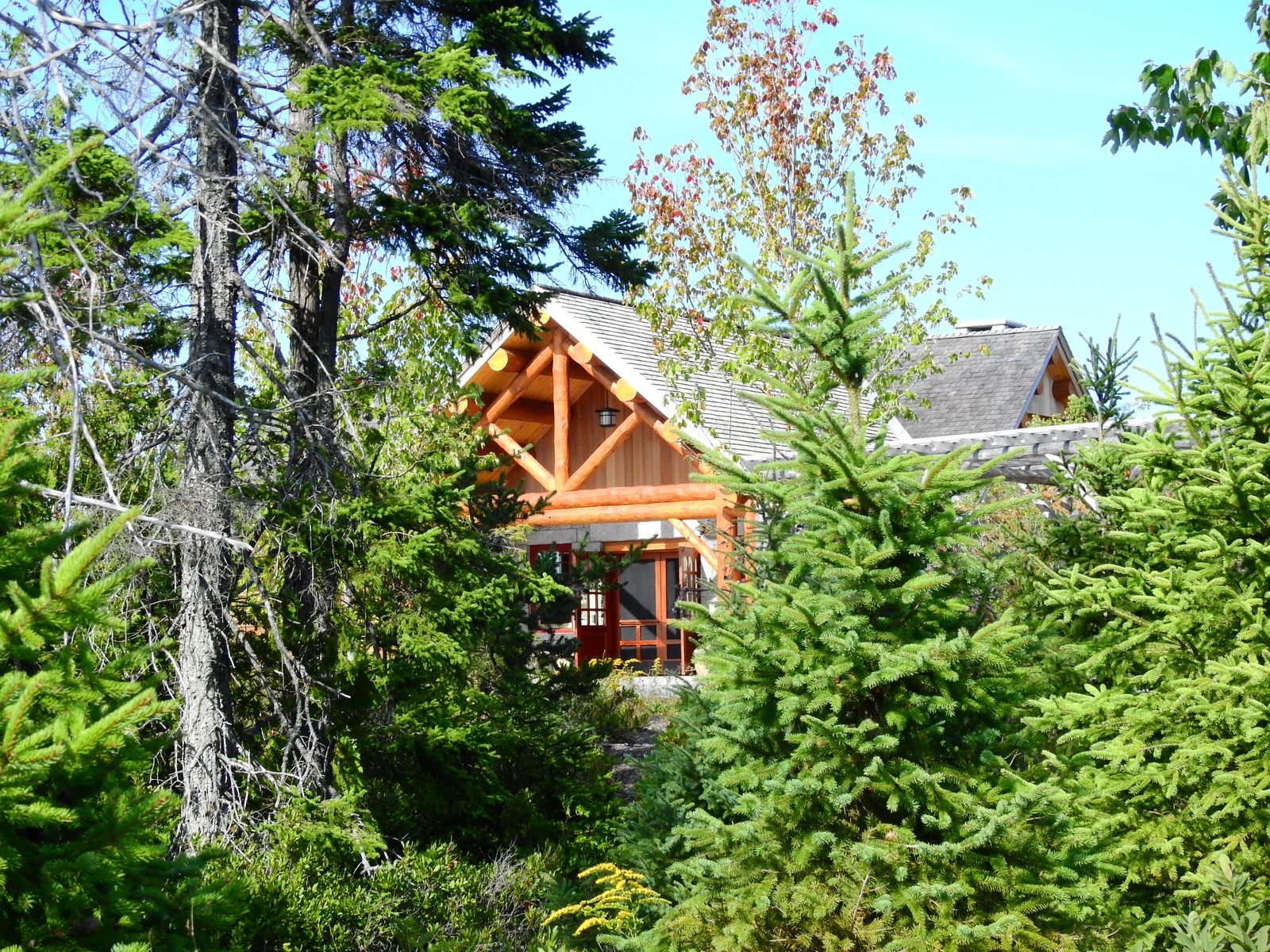 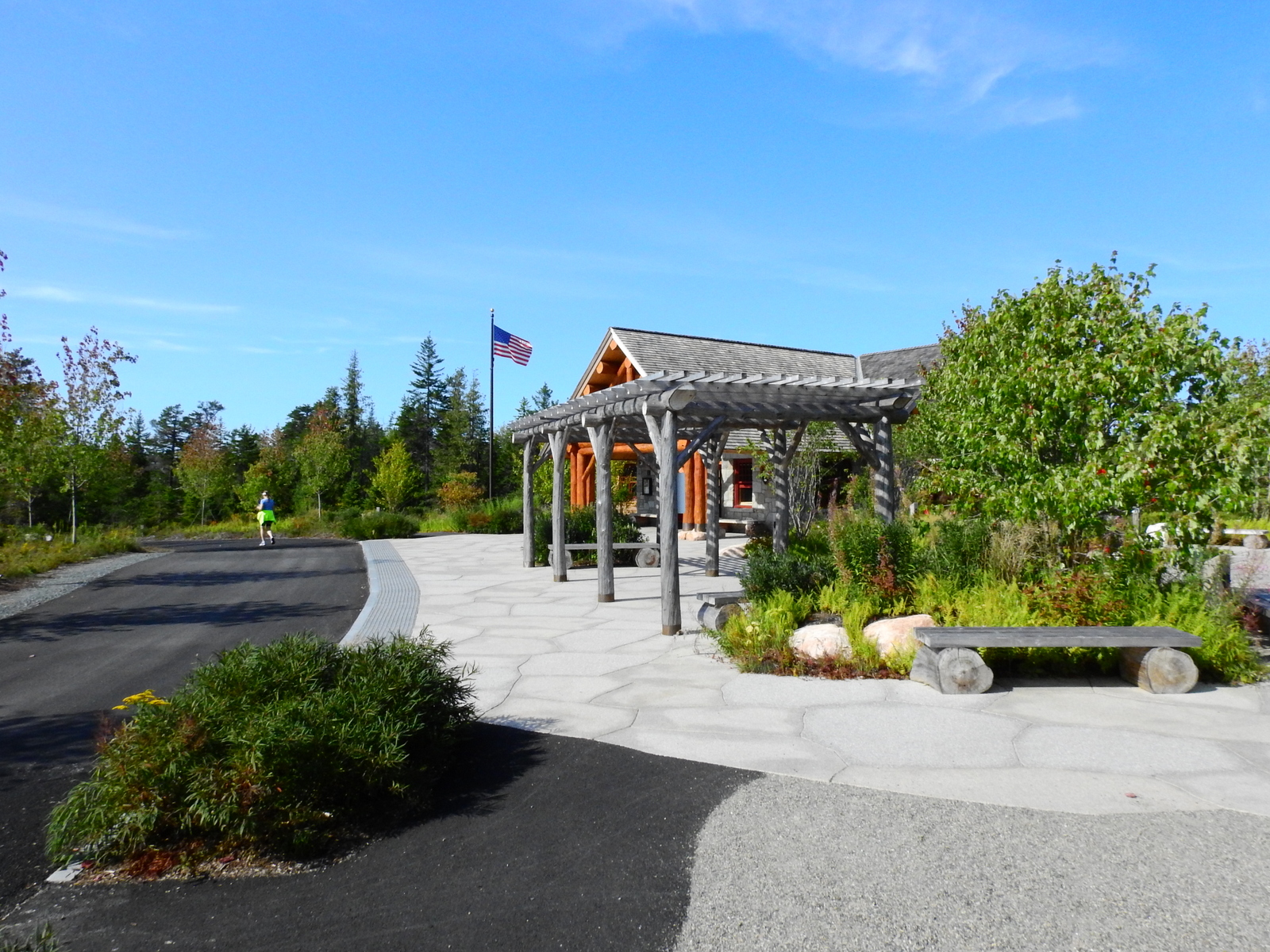 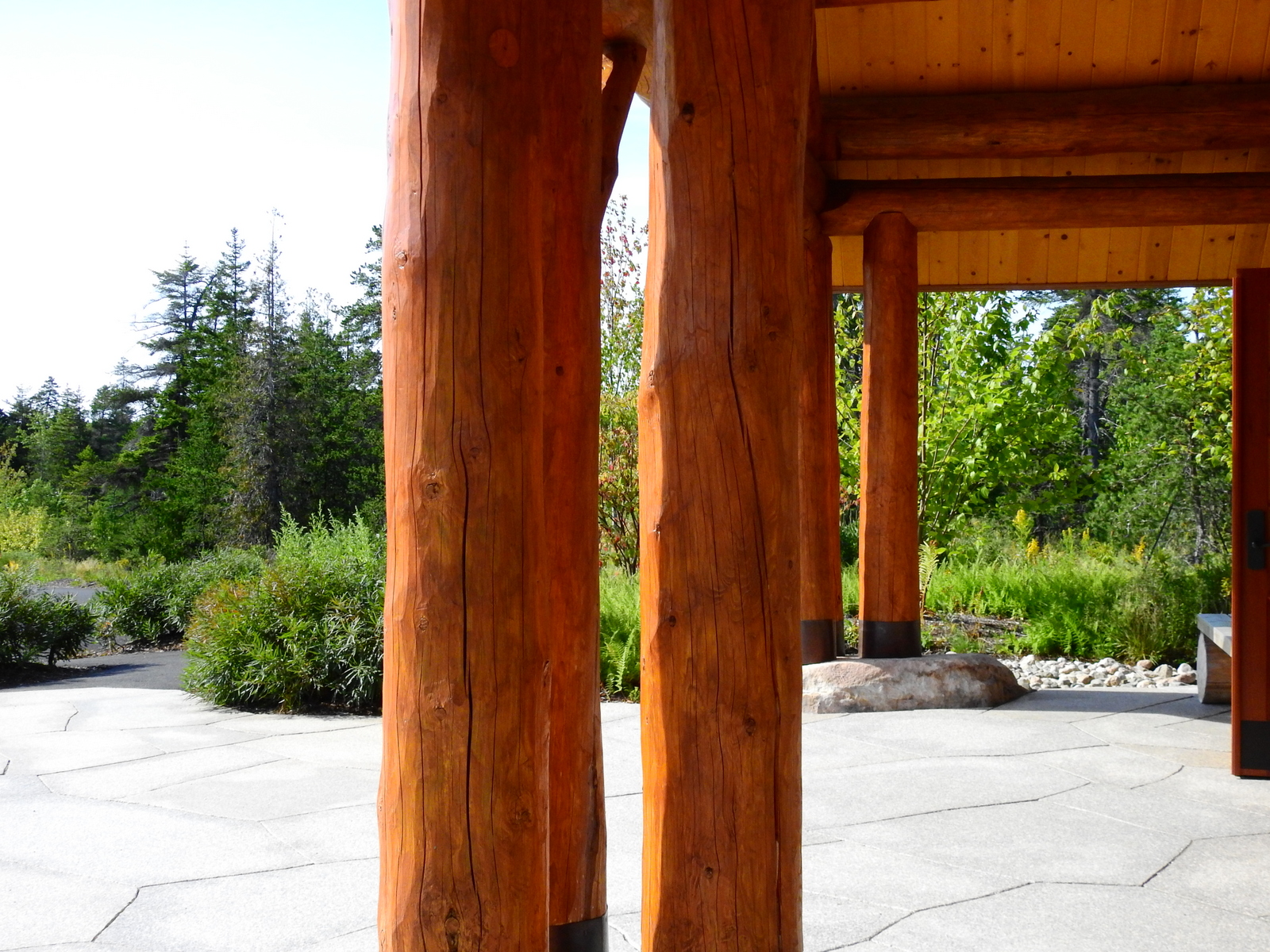 It was our first time to this center. We had been to Schoodic during our June 2015 visit but had not gone over in September 2015 or July 2016.

Much of the signage focuses (probably rightly) on the Campground rather than the Visitor Center. Very attractive and blends in real nicely with the landscape. Very considerate towards the canine visitors as you can see from two of the photos (and I must confess I had never seen a ‘Canine Hitch’ before).

Nice relief map of the area inside (as you can see from one of the pictures). Bit sparse but for that. But that is OK. There were three rangers when we stopped by on a Saturday afternoon, and, as ever, they were helpful enough. Kind of funny. Without coming out point blank and asking they were, nonetheless, very keen to find out whether we had BOUGHT a pass to visit the Park. [Yes, we had, a Senior Pass to befit my senior years.] They really do need the money. They use a dial-up line to process their credit-card purchases and it is the same line that they use for incoming calls! If a call comes in the credit-card transaction gets voided and has to be reprocessed. And this is in 2016 — albeit, quite literally, ‘in the sticks’, if not ‘in the woods itself’.

Glad we went. So Schoodic now has two centers. This new Visitor Center and the beautiful ‘Schoodic Education and Research Center‘ — originally a John D. Rockefeller Jr. sponsored ‘hall’ designed by one of his favorite architect’s, New York’s Grosvenor Atterbury who also designed all of the gatehouses for Rockefeller on the ‘Mount Desert Island’ side.

Check it out. It is on Google Maps just for today —
April Fool’s Day.

The longest town/village in Welsh is 58 letters long and is:
Llanfairpwllgwyngyllgogerychwyrndrobwllllantysiliogogogoch.

Here it is on Google Maps.

The Google logo above will start to change color IF you get it right as you go along.

You can practice here, if you like, BEFORE you try it. Good luck.

Today’s search page has a Google Footnote that will take you there. Just invoke Google search. OK?

The footnote link will take you to this ‘title’ page. You could get there by clicking this image too. So when the Footnote is no longer there, JUST click this image to get STARTED. OK?

You are next taken to this MAP of the model railway … with the usual Google Map PINS … 9 of them. Those are the areas you can EXPLORE. Click on a PIN.

Here is one of the scenes. Note the usual Google Maps ‘street view’ arrows. Use them. This is fun. Wish they mapped the ENTIRE set and not just 9 subsections. SMILE.