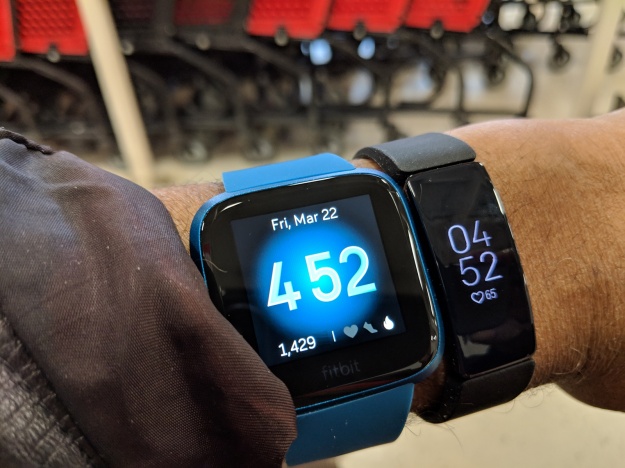 I never thought it would come to this. Having to wear TWO Fitbits — but, I have no choice.

I am 100% convinced that the new Fitbit Inspire HR is way, way INACCURATE — beyond even Fitbit’s normal propensity to overcount steps.

I made a video yesterday just with the Fitbit Inspire HR to show how the step counts goes up even when I am seated at this computer, typing. Per the Inspire HR I walked 1.3 miles, in steps, while all the time being seated at my PC!

So, I decided today. Heck with it. I will wear BOTH Fitbits side-by-side and compare the steps — taking pictures to prove it. 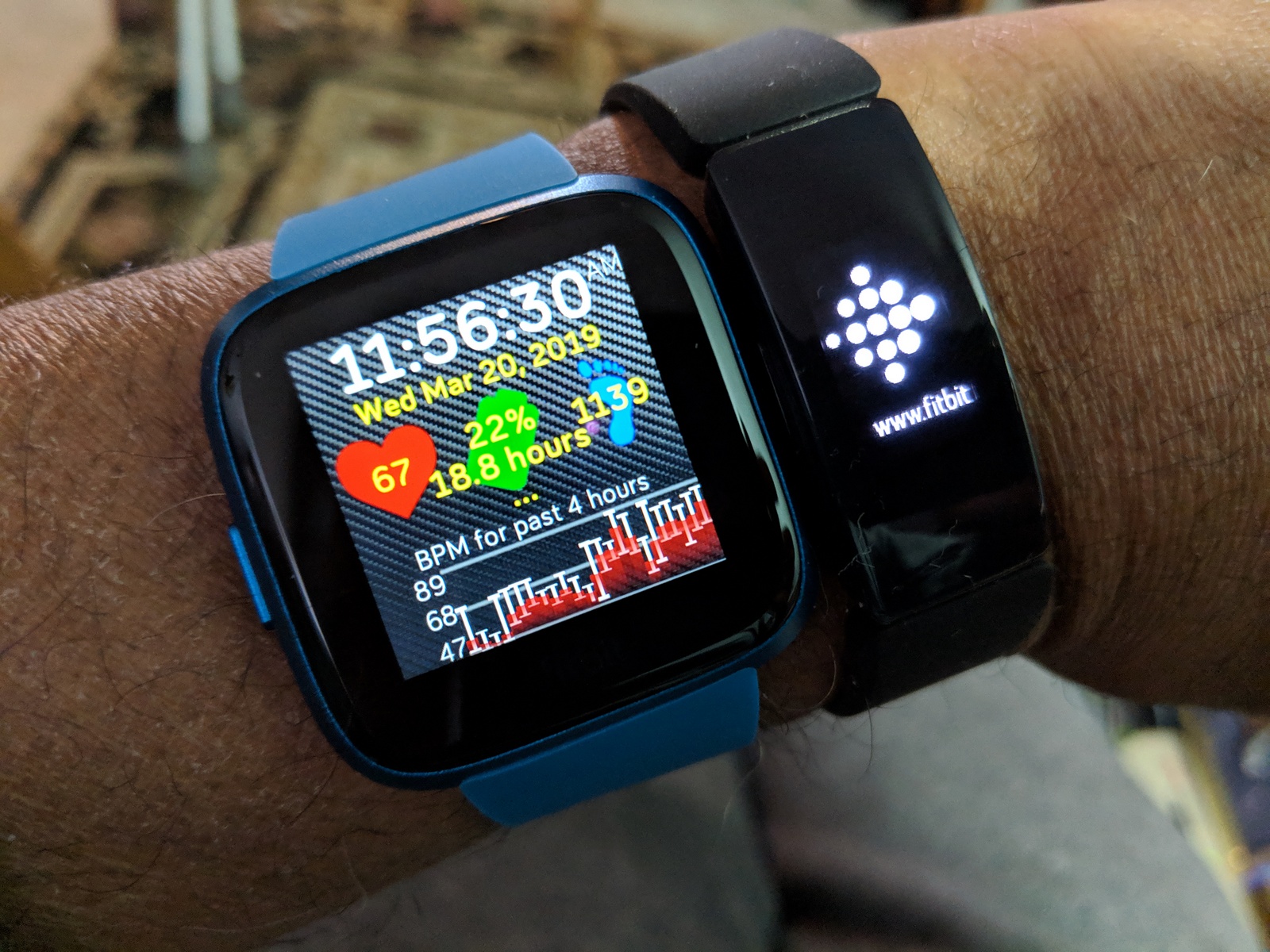 What can I say other than I was sent both the Fitbit Versa Lite and the Inspire HR, at the same time, for evaluation.

Yes, I am lucky. But, it is not all fun. I do have to test them carefully and write multiple reviews. So, this is work — though it is fun.

Yes, I am lucky. Right now I have: a Garmin Fenix 5 Plus, Fitbit Ionic, Amazfit Verge, Fitbit Versa Lite & Fitbit Inspire HR. There are two other Garmins in the house but they are not mine! 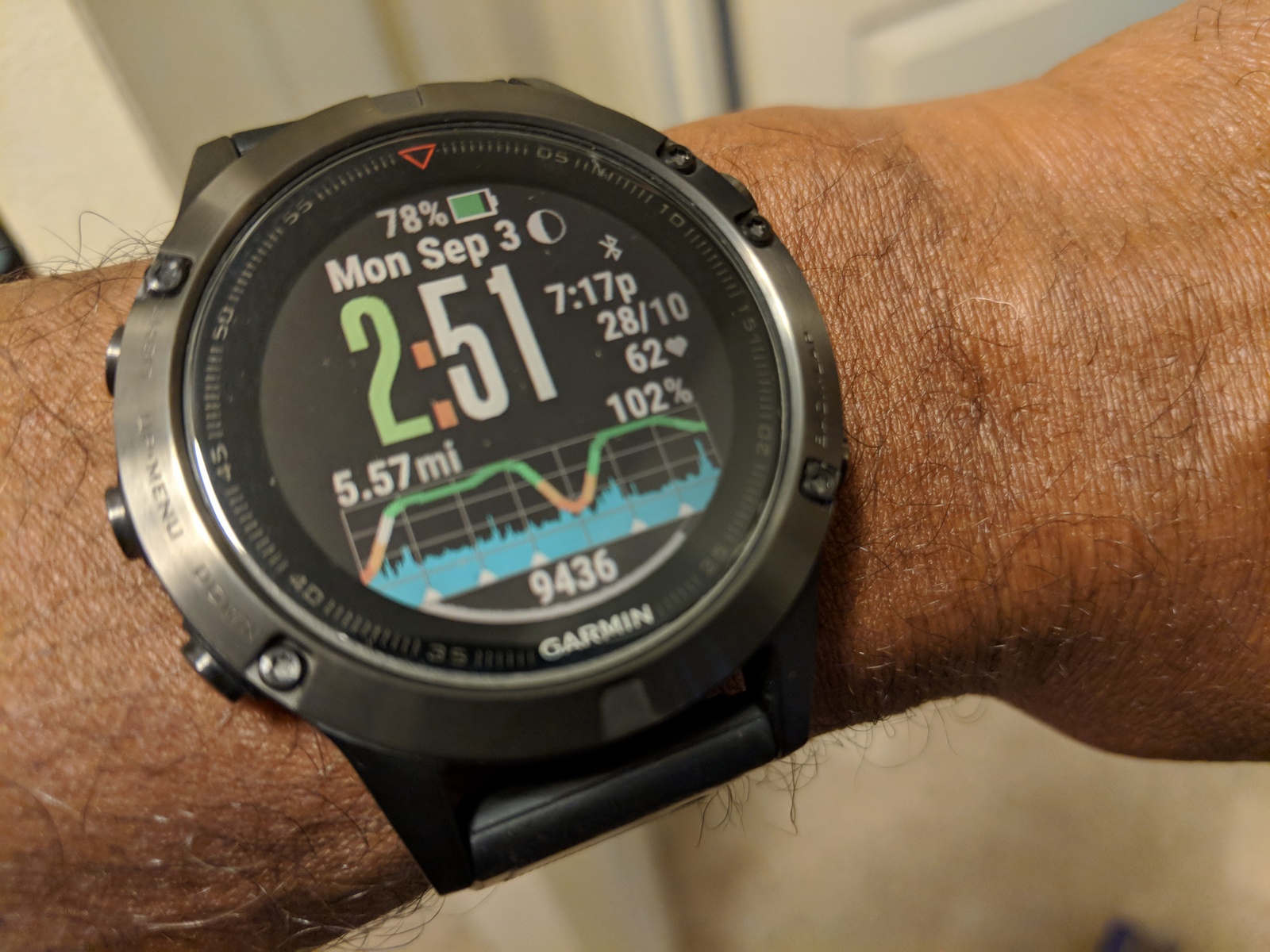 The 4-months have flown by — quicker than I realized. During those 4-months it has been on my wrist every day, bar when I charge it, or take it off to dry my skin behind it — and the watch itself.

It feels SO NATURAL on my wrist. I am totally at ease with it. Huge difference to the 90-days I forced myself to wear the dread Fitbit Ionic — as penance for the stupidity of buying it.

I was aware of the Fitbit Ionic each and every day I had it on. Though I use my Fenix 5, every day, it never feels like an imposition.

It hasn’t given me any grief per se.

Two things that I am crushingly disappointed about:

Both of them should, and could, be fixed. We must have a ‘widget’/function that lets us TURN-OFF step counting. That will stop it recording bogus steps.

It has to improve its open-water swimming mechanism.

Other than that, I am happy with it.

Yes, one of these days I will make use of my ‘Heart Rate Monitors USA‘ ‘Garmin VIP Club‘ membership (and I think I was a founding member) to upgrade to a Garmin Fenix 5 Plus. I will keep you posted.

Now that Garmin, with the somewhat star-crossed Forerunner 645M, has worked out who to put music into their watches there is no stopping them.

We learned yesterday that they will be introducing a Fenix 5 PLUS range that has music — and today the announcement of the Vivoactive 3M at $299.99. The non-music Vivoactive 3 is now down to $249.99. I think that that is a full $80 — $100 cheaper than what it was when introduced last November.

Garmin had to do this to stay competitive with the Fitbit Ionic and Versa — not to mention the Apple smartwatch.

The issue, as has plagued Garmin of late, is going to be reliability. Music on the FR 645 was buggy and the Vivoactive 3, as I can attest, was far from reliable.

Challenging times for Garmin. It is getting squeezed on all sides by Fitbit, Apple, Samsung …

I will, as always, keep you posted.

This is beyond amazing and highly depressing. The Fitbit Versa does not warrant this level of interest and support. They have sold 1 million units — within a month! Sacré bleu.

How Fitbit outmaneuvers and outsells Garmin, on a consistent basis, is pretty incredible. It is all marketing.

90% of those that buy Fitbit have not ever heard of Garmin.

The Garmin Forerunner 645, with GPS, is twice that!

So, if you don’t want GPS, this is quite the watch for $200 — given that it has 3 gyroscopes and an altimeter.

However, Fitbit stock is still in the doghouse. Garmin has done much, much better.

So, yesterday, which was EXACTLY the 3-month anniversary of me strapping it to my wrist, I parted company with the Fitbit Ionic. I really, really resented and hated that watch! I never realized that I could harbor that much animosity towards an inanimate object. I am very proud of myself that I did not destroy it and instead handed it over to Teischan, in immaculate condition, with not even a mark on it!

I was, as some of you know, going to get the newly released Garmin Forerunner 645. But, as with the Garmin Vivoactive 3, Garmin had released it half-baked. It was not as yet ready for prime time. There were just too many problems with it. And the last thing I wanted was another unreliable Garmin.’

So, I was going to get the Forerunner 945. That was PERFECT for my needs. Rugged, tested and function-rich.

But, then last Thursday night — given that I monitor prices, reviews and feedback on select watches incessantly — I noticed that Garmin Fenix prices, on the GLASS models, were coming down DRASTICALLY.

Over the weekend the Fenix 5 (Glass) prices were the same as that of the Forerunner 945.

There used to be two negatives against the Fenix 5. It was expensive and BIG.

It was, however, still BIG and HEAVY. The Forerunner 945 is the Fenix 5 in a lighter, all-plastic case.

But, my business-acumen insisted that I would be STUPID not to get the Fenix 5, despite its size/weight, because it a SUPERIOR WATCH which HOLDS it price.

So, price being equal (before an additional discount I was due because I have been such a good customer), I ordered a Fenix 5 — of course, black-on-black (as with my Vivoactive 3).

So, now you know.

A NEW Fenix must be imminent. Hence, the drop in prices — for the glass models. I am ‘OK’ not getting the sapphire, though the Wi-Fi would have been nice.

I just HOPE it is not too heavy. But, I will NOT return it just on the size/weight. That will be a cross I will bear. 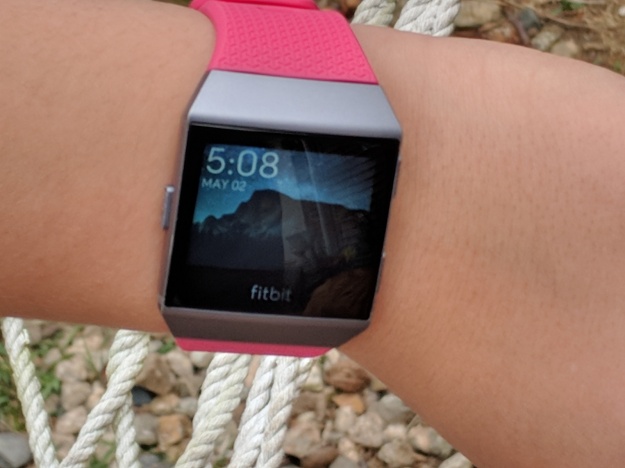 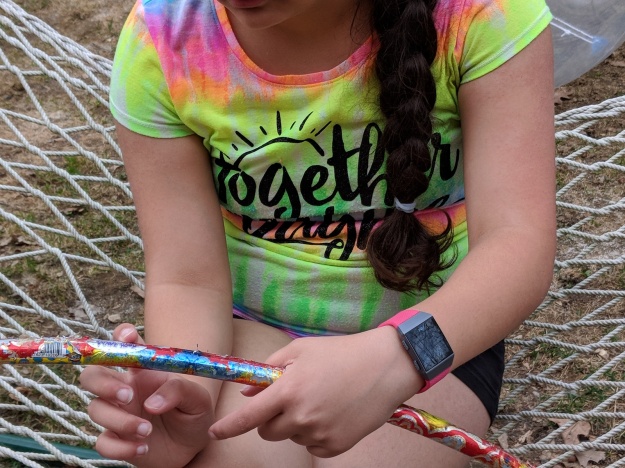 Fitbit and I are NOT meant for each other. There are irreconcilable differences between us.

I did NOT have much time to do my usual extensive research. I wanted an activity tracker on my wrist fast. On paper the Ionic did everything I wanted: i.e., heart rate, GPS, floors, sleep tracking. What I had not realized is that Fitbit doesn’t record anywhere close to the amount of data I was used to with Garmin.

Then 6-weeks after I got it, i.e., Feb. 21, 2018. Fitbit UPDATED the firmware to Fitbit OS 2. That was an unmitigated disaster. GPS reporting went haywire. So, for the last 5-weeks you have not been able to TRUST any of the data! That is not for I.

Plus, there are stupid things like the inability to LOCK the touchscreen! I ran in some drizzle the other day and the raindrops kept on pausing my run.

I had promised myself that I will keep the Ionic for 3-months — AS PENANCE for screwing up in buying it. I was then going to sell it. 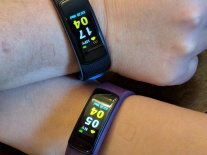 But, a few days a ‘little’ voice piped in and said ‘give it to ME‘! I had got her an iWOWNFit i6HRC tracker for her 12th birthday in March. She had claimed, prior to that, that she would NEVER wear a activity tracker. Not only did she change her mind and tune, she quite LIKED wearing the iWOWNFit. Plus, there is sibling rivalry. In October 2017, I gave my Vivoactive HR to my 17-year old daughter.

The Ionic is PERFECT for a 12-year old! That says it all.

So, I am getting another Garmin. Ordered it this afternoon. {Smile}

This really is BUT pure cosmetics. Thus, the ‘lipstick on a pig’ is beyond appropo!

Yes, there is an Adidas-specific workout APP for running, plus a new watch strap and a new watch face. That is IT!

The rest of the watch is the SAME. The SAME.

Yes, I understand and now I have got to appreciate. Fitbit is all about looks, little substance. It is for posers. So, this works out well for that crowd. You can show off your Adidas version. Wow.

I have another 19-days with my dreaded Fitbit Ionic. That will be 90-days — the limit I imposed on myself, as a kind of penance, I have found a good home for it. My 12-year daughter who started wearing an iWOWNFit i6HRC Fitness Tracker, I got her for her birthday last month, wants it. That is perfect. It will be great for her. She is not a runner. She will make use of the music feature that I have not touched. It will count her steps, monitor her sleep and measure her heart-rate. It will get her used to wearing a big tracker. That is great. My 17-year old daughter got my Garmin Vivoactive HR. So, this all works out.

What am I going to get. A Garmin … BUT NOT a Forerunner 645. That still has too many problems.

Stay tuned. I will keep you posted.

That I had it, and worn it, for 59-days does NOT mean that I like it or intend to keep it for much longer!

It’s ONLY redeeming feature has been that it has not died on me as did the Garmin Vivoactive 3s.

But, the Fitbit Ionic is not accurate. All the stats, especially heart rate, feels suspect. I think altitude/elevation is pure fabrication.

I do NOT like the Fitbit Ionic. It has nothing going for it.

I am going to wear it till March 2, 2018 — just so that I can say I had it for 3-months. At that point I am getting another Garmin, now most likely a Garmin Forerunner 935. Why a Garmin. Because it gives me more data and does so on the watch. Plus, the FR 935 is rugged and proven.

Having read all the horror stories about altimeter errors on the new Garmin Forerunner 645 I was curious to see how the Fitbit Ionic fared.

So, on this relatively warm Spring day I sat on the steps outside our house with my Fitbit Ionic, by 10″ ASUS Android Tablet and my Google Pixel 2 phone. I had various GPS Altimeter APPS on the tablet and the phone. So, I kicked them up and also invoked the Fitbit Ionic Altitude APP.

None of the readings match up to each other!

Sacré bleu. This is pretty bad.

I will have to do more research. I expected some variance BUT nothing this bad. Basically NONE of my GPS altitude readings match. Oh, dear.