Meditation is what makes all other dreams and goals possible.

So, start with meditation — and make it “Quick & Easy“.

I had never heard of “Draft2Digital” until a few weeks ago when I came across them in a CreateSpace forum. I had a quick look and I was impressed.

They are INCREDIBLY flexible and appeared to cover all the bases. Lulu and others offer similar capabilities BUT Lulu (who I used to publish with many years ago) has become a pain to use/

My MAIN INCENTIVE was that they would publish my eBooks on Apple, as iBooks. I have never had that exposure.

As some of you know I have been a diehard Amazon, Kindle (KDP) and CreateSpace fan when it came to publishing my books. While a Kindle eBook can be read on any Apple device I knew that not having my eBooks as iBooks was a ‘limitation’. So, that Draft2Digital’s biggest pull — plus that I didn’t have to jump through any hoops in terms of reformatting my eBooks. The Word document I used with Kindle would work — AND DID WORK!

It took me a TOTAL of 12-minutes to create an account (from scratch, with passwords etc.), set-up payments (PayPal) and TAX INFORMATION AND publish the first book!

Yes, I had all the files, book descriptions etc. from doing it on Kindle. So all of that was just copy-and-paste.

No fees or up-front payments. They take 15% commission (or thereabouts) and I am cool with that.

My problem is that most of my eBooks are still subject to KDP Select — which means Amazon has exclusive rights to them, ALBEIT on 3-month rolling windows. So, a couple of weeks ago I went ahead and cancelled all the KDP select rollovers. But, right now I only have this book (I published) and the Pope John XXII book that are OUT of KDP Select. I will publish all of them as they come off KDP Select but that will take me into January 2018. 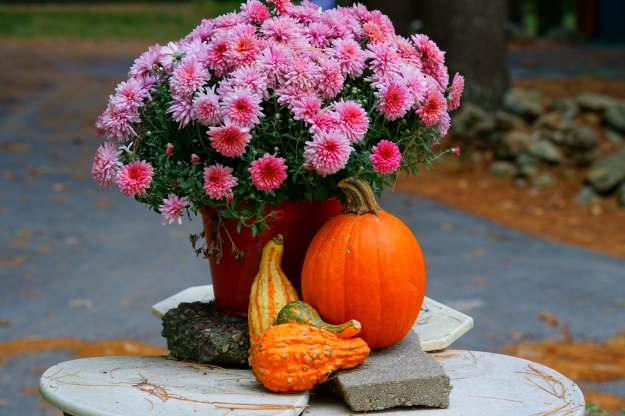 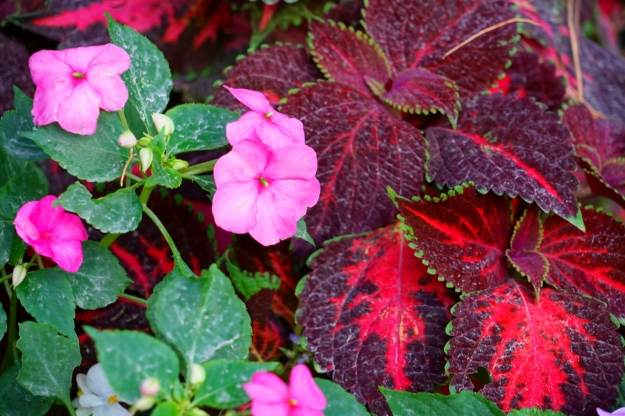 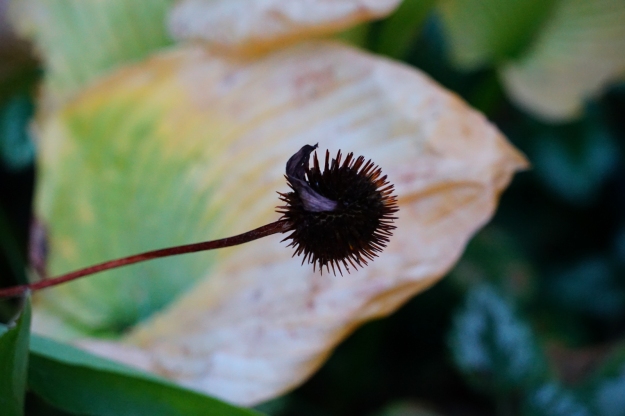 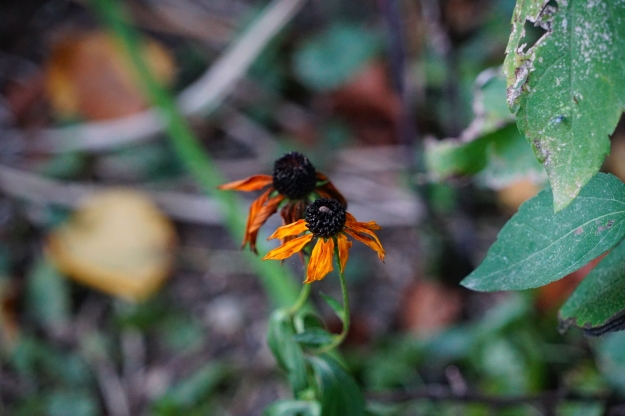 It seemed churlish not to share these pictures. I do enjoy taking pictures of decaying flowers! When growing up a Buddhist, in Ceylon, we were taught to meditate focusing on the decaying of flowers!

I gave up and pulled the trigger way earlier than I had planned.

I had been trying to migrate all of the important content, for posterity, to this blog. But, tonight, I gave up. I just don’t have the time. So much to do and this was just another distraction.

Yes, I do realize that I just destroyed quite a bit of valuable, cannot be found anywhere else data! C’est la vie. I guess if we get desperate some bits of it might still be available on the Internet archive. But, as of now it is ALREADY gone.

I know many are skeptical when I say that I have been rather busy the last few weeks. Well I have.

In addition to writing another book on meditation (70% done), working on an eCommerce website, taking my daily pictures and going on trips … I have been installing ‘Weatherables‘ vinyl railing, from Home Depot, on our deck. Never done it before. It has been an adventure. The wooden railings that were there, when we bought this house, new, 10-years ago, rotted away last Summer. We had no option but to replace them.

Pulling out the wooden posts was a task in itself, and then installing the metal posts you can get with ‘Weatherables’ given that I had supporting, deck legs to contend with. Got that done.

Then cutting the railings. The only powered saw I had was a 20-year old circular saw. I do most of my cutting by hand. But I didn’t want to risk using a circular saw on $1,000 of railing. So did some QUICK Googling and realized I needed a mitre saw. Got this 10″, 15-amp Hitachi from Amazon, with a folding table, and two ‘non-ferrous‘ blades. (Got a helmet too since the aluminum flakes fly about). Never used a mitre saw in my life. Took me a 1.5 shifts to get it all set up. Then it was a piece of cake. Wow. That saw goes through the vinyl — with aluminum insert inside — like a hot knife through butter. Takes less than a second for each cut.

I will post pictures of the railings when finished.

Once Francis was elected — and I did correctly identify him as a potential next pope — I kind of lost enthusiasm. My job was done. I wanted to move onto other greener pastures, e.g., orgasms, meditation and chronic pain. Plus, this blog was ‘taking off‘ — with around the same number of hits per day.

So, as I have done with so many other blogs I basically abandoned it. So for the last 4 years it has been ticking along because of the wealth of posts that were already in there.

But, keeping it going is becoming an issue — and cost is NOT one of them, though bloody GoDaddy charges me two arms and two legs for it. A lot has to do with security and I just am not willing to expend the efforts needed to button down all the hatches that I am supposed to.

So I am in the process of closing it down.

Hence the flood of ‘papal’ posts you have seen in the last week. {Smile}

I am transitioning over all the valuable, in many instances unique posts. I have also already deleted nearly 200 posts. Hopefully I will be done by October 2017.

So, now you know what all the new papal posts are about.

I find it both sad and funny that people will clamor
to get it when it is FREE but balk at paying
99 cents!

Yes, that is all that I charge — $0.99,
the MINIMUM price I am allowed to charge
by Amazon.

IF I had my way I will give it a way for FREE.

But Amazon only allows me 5-days
during which I can give it away.

And this is NOT the first time.
See below.

This book, true to its title “Quick Guide”
has lots of bullet-point, summaries, and short sentences.

All other New Year’s resolutions
that you could probably
ever think of
are ALL subsets of Brain Meditation!

Because all resolutions require
cooperation from YOUR BRAIN.

You can’t opt to do more exercise, go on a diet, start a new venture, read a dictionary from cover-to-cover, have an orgasm a day, be more tolerant, drink more red wine or whatever, IF your brain does not support you in that goal.

The things that you think of as ‘Willpower’.

IF your New Year’s resolution involves ‘willpower’ IT WILL FAIL!

With ‘Brain Meditation’ YOUR BRAIN will help you achieve whatever it is that you seek.

‘Brain Meditation‘ is the KEY.

“I am going to learn about Brain Meditation”.