I have to confess with a modicum of embarrassment and, of course, some amusement, that deciding to buy a Nikon D500 was probably the HARDEST decision I have ever made in my life!

I appreciate that I have entered into marriage, filed for divorce and even refused to have kids because I felt I was ‘too young’ with considerably less thought and deliberation. Yes, two keywords that clearly defined much of my life have been ‘impulsive’ and ‘impetuous’. I am sure that getting older, and I will be 63 soon, had to have played a role — but I don’t think that that was all of it.

And, fortunately, it hasn’t to do with the cost either. Despite what some of you may think I am very careful and conservative when it comes to matters fiscal. I live within my means and budget. Way back, nine months ago, I had budgeted for the Fuji X-T1 successor (i.e., the X-T2) and had been forced to be somewhat generous as I had no idea as to whether Fuji planned to mark it up well above that of the X-T1. So budget wise I am OK. SMILE. So the agonizing, over the last 2 weeks, was not about the costs either.

I did not, at any stage, come anywhere close to loving the Nikon D500.

And hence the real horns of the dilemma.

Yep, you read that right. So, I am going to buy an expensive camera that I do not like. Yes, that is it. And hence the soul-searching. Like an arranged marriage.

Why would I, even given my propensity for ‘craziness’, do something as crazy, if NOT outright stupid, as that.

Because during the last 3 days with the Nikon D500 I came to RESPECT it.

Let me show you.

I was lucky enough to be able to take pictures of Mystic Aquarium (in Connecticut), on consecutive days, first with the D500 (on August 17, 2016) and the next day with my now erstwhile Fuji X-E2s. I made sure I took the same subjects from the same vantage points. So have a look.

And then there were these three pictures — all taken in and around Mystic.

The first picture, taken at “Foxwoods“, when Teischan and I went there for dinner was the clincher.

I, as you know, take a LOT of concert pictures. I took this one, point-and-shoot using 300mm. I already had ISO at 8,000. So didn’t touch that. Cranked up exposure compensation ‘plus tow notches’ and shot — handheld. And I had so much more ISO left. I then realized that this was a camera to contend with.

Very personal. My camera. A LOT has to do with lenses and my shooting style. The 18-55mm was the ONLY Fuji lens that I liked — and 55mm, top end, was way too short for me. 300mm, like above, suits me. And then there is my style. I am basically a ‘point-and-shoot’ photographer who likes sophisticated cameras that give me lots of bells and whistles. Yes, I play around with ISO, exposure and White Balance. But once set for a ‘location’ I will shoot away without stopping to fiddle too much — bar checking exposure. Hence why the D500, in the end, came through.

All this said, I am not getting the D500 right now. Probably not in September. First need to get my “Brain Meditation” book published. I then want to spend at least two weeks reading up the D500 documentation and boning up on it. So, most likely order it in early October. Till then I will have the Nikon P900 to keep me amused and to provide you, with a a minimum, the “6 Images of the Day”.

OK? Yes, of course, I will keep you posted.

Taken with a rented Nikon D500.

These pictures taken on August 17, 2016.
We visited the aquarium 3 days running! 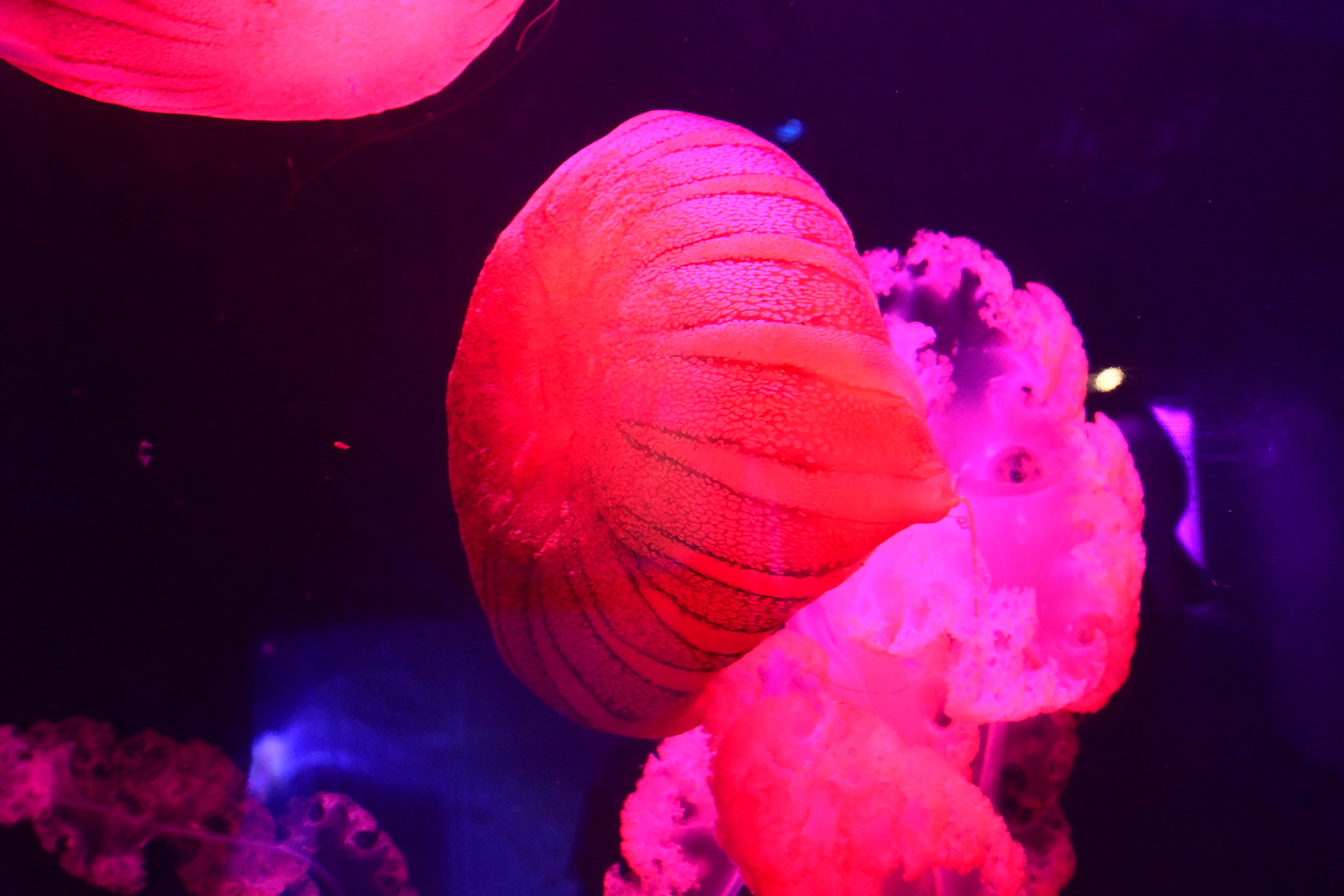 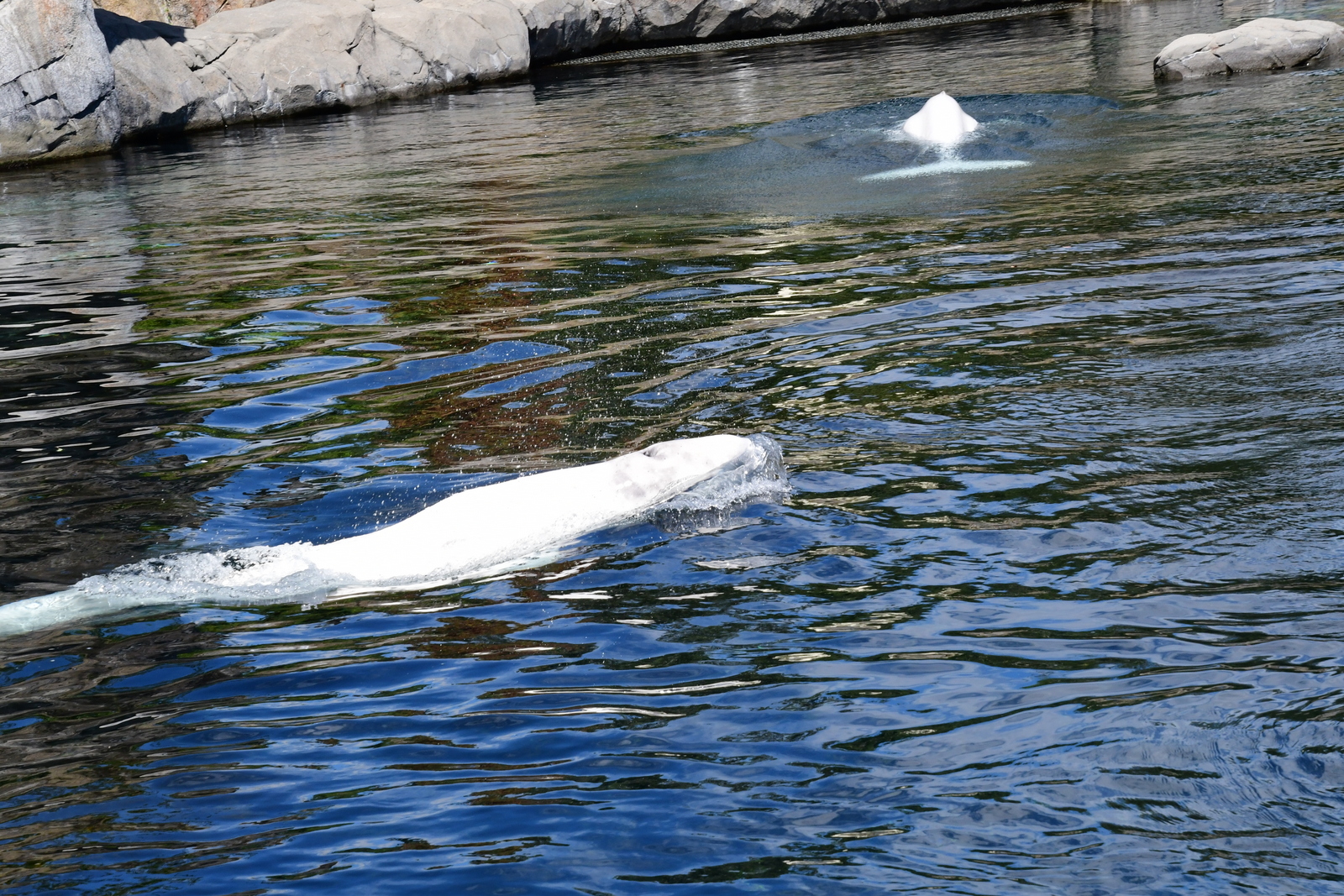 Teischan (now 10) was really captivated by the ‘New England Aquarium‘, in Boston, when we visited in May 2016 (though that, by a long chalk, was not her first time). She had however never been to the one in Mystic — we having gone there prior to her birth. Given that Mystic Aquarium was now been hailed as the best in New England I decided to take her there while her memories of Boston were still fresh.

She loved the Mystic Aquarium. Said it was better than Boston — which is true. Mystic is larger and has more variety (and exhibits) with the two Beluga whales and the alligators making all the difference.

Nearly all of the online reviews I saw for this aquarium, in one way or another, mentioned that the prices were high. Well, that is NOT really the case. As a Senior I paid just $3 more than what I would have paid in Boston albeit with Teischan’s ticket $8 more expensive. BUT, here is the rub. While standing in line to buy the tickets I noticed on the HUGE ‘ticket option’ board that the STANDARD tickets (which we were buying) were valid for 3 days! Yes, I appreciate that this enticing offer will not work for everybody — BUT it did for us. We were staying just around the corner and were scheduled to be in Mystic for 3-days. BINGO. So we did visit 3 times, once each day and that was NEAT. That made it extra special. So please NOTE — tickets valid for 3 days.

Yes, Boston has a BIGGER central tank, larger jellyfish displays and a much more expansive penguin display. Plus its location right on the harbor is cool.

But Mystic has a huge outdoor area with the Belugas, sea lions, seals, penguins and turtles. They even have an aviary. And then the ALLIGATORS.

The prices for the shows, ‘feedings’ and refreshments aren’t that bad either. Nearly all the shows — and we saw “Angry Birds 4D” (and it is indeed 4D) and “Wonders of the Arctic” (in the “National Geographic” Theater). At $6/seat that was a good deal. $3 to feed the stingrays and (I think) $3 to feed the birds.

No questions. No hesitation. I wholeheartedly recommend this experience. IF you can make sure that you can at least go twice since you will definitely see more and savor things differently on the second visit.

Taken with a rented Nikon D500. 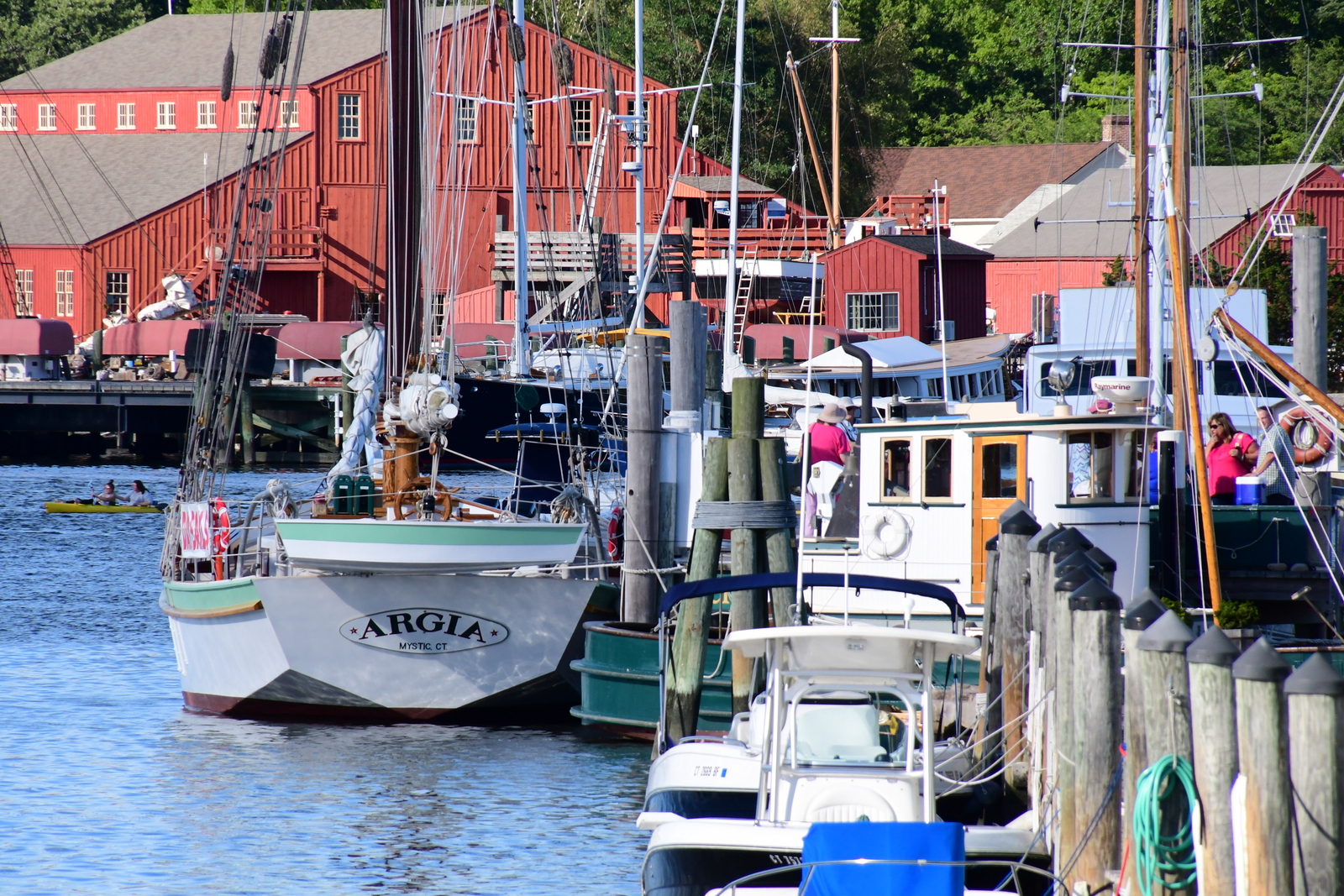 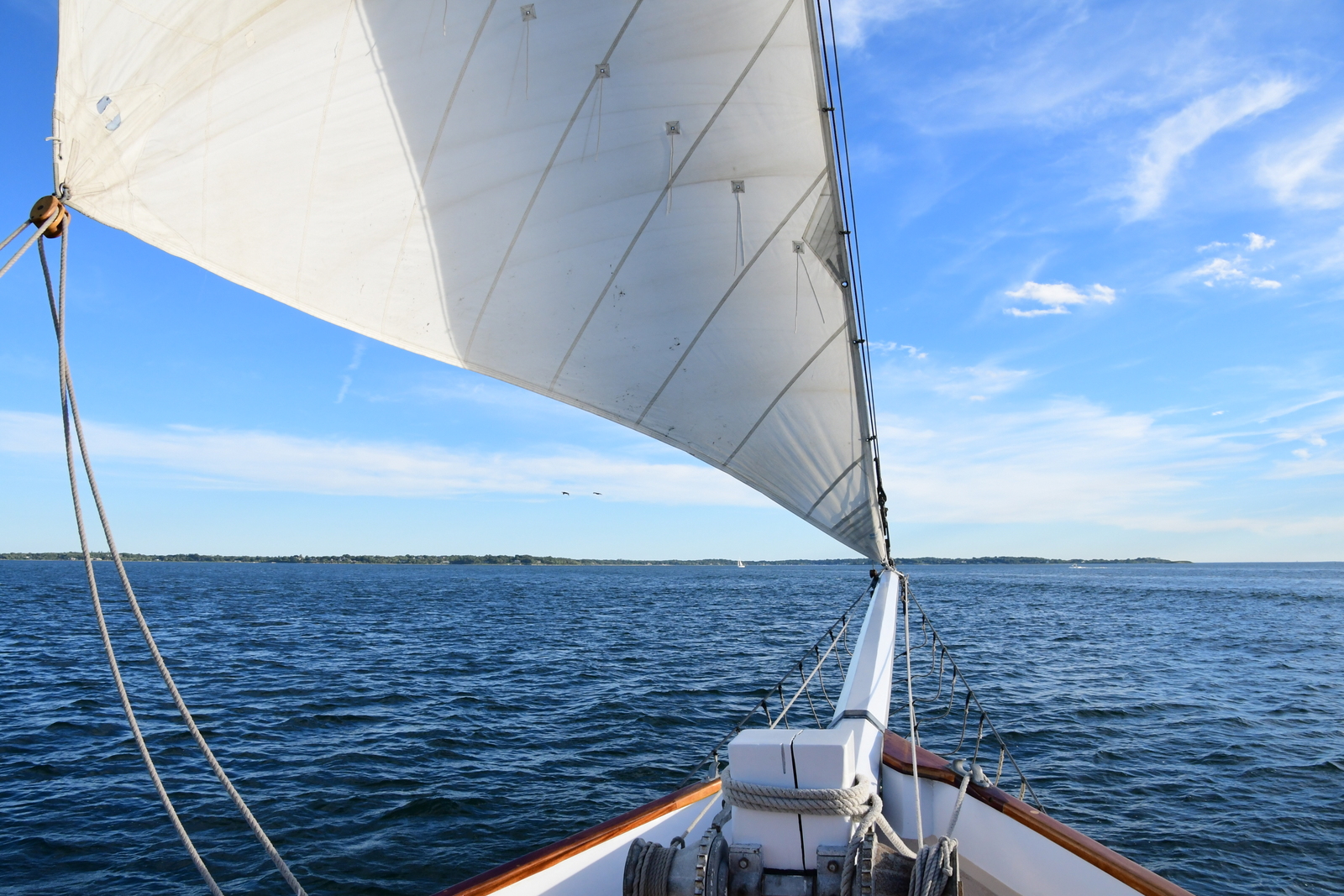 Teischan and I both like being out on the water, and doing so on boats. So doing a cruise or ferry crossing of some sort was definitely on the agenda for our 3-day jaunt to Mystic, Connecticut — primarily to visit the famed aquarium.

I had seen ads for the ‘Argia‘ schooner, online, even before we left. So I had made a mental note that it could be a possibility. On our first time into Mystic per se, as opposed to the aquarium which is situated just outside (right on I-95 (to speak)), we saw a sign for the ‘Argia Cruises’, pointing down a side road, just before we got into town. I turned in — and it was easy enough to find since they have their own wharf. The schooner (along with a couple of others) was at dock getting ready for its 10am morning cruise. It looked fun. Teischan liked it. It was a perfect day. The forecast was great for the whole day. So I got two tickets for the Sunset Cruise which departed Mystic at 5:30pm.

It worked out well. Very pleasant and educational. Though we had taken the Amtrak from Boston to New York many times I had not realized that when crossing the Mystic River the train goes over a ROTATING (beige colored) bridge. [See pictures above.] This is just beyond the Route 1 drawbridge in Mystic — more or less the first thing we had to negotiate on the cruise.

The name refers to a water nymph on the Tiber River in Rome.

100hp diesel engine is used while going through the river and Mystic harbor. It is only under sail, for about 30 minutes, when it is in the ‘Sound’.

You go past “Mason’s Island”, “Sixpenny Island” (famous for its clams) and “Noank“. Lots of other islands. The crew does a great job mingling with the passengers, doing running commentaries and answering questions. There is a complimentary platter of cheese, grapes and crackers as well as an endless supply of sharp lemonade. You can also bring your own tipple of board — though we didn’t.

Very relaxing. Just over 2 hours. We had a great time. We would gladly do it again. I recommend it, highly.

I took my Fuji X-E2s given that
I had used the rented Nikon D500
the day before.

Teischan & I were at the Mystic Aquarium
again. We actually went 3 days running! 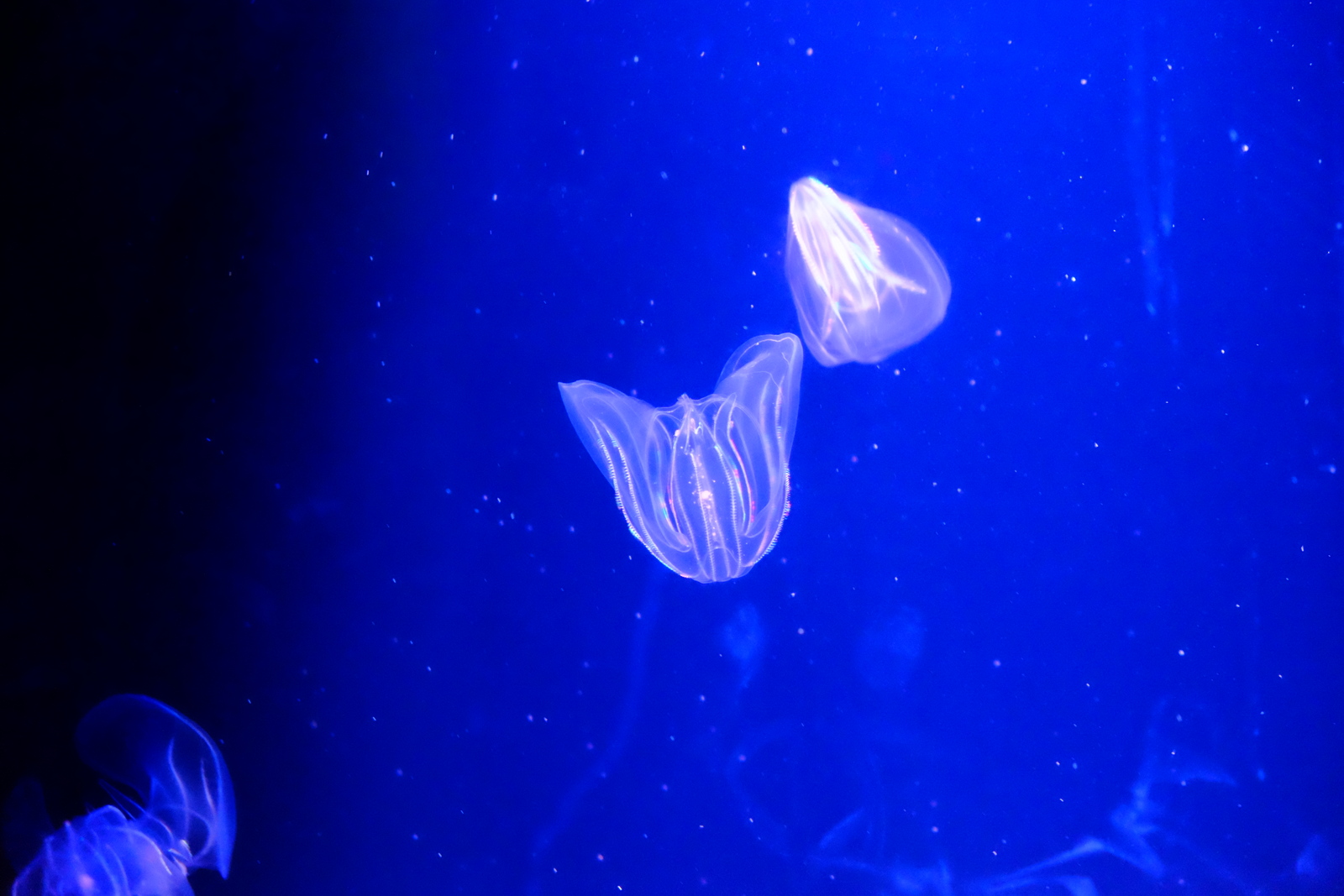 Last pictures from the
Nikon D500 rented from “LensRental“.
Day 8. 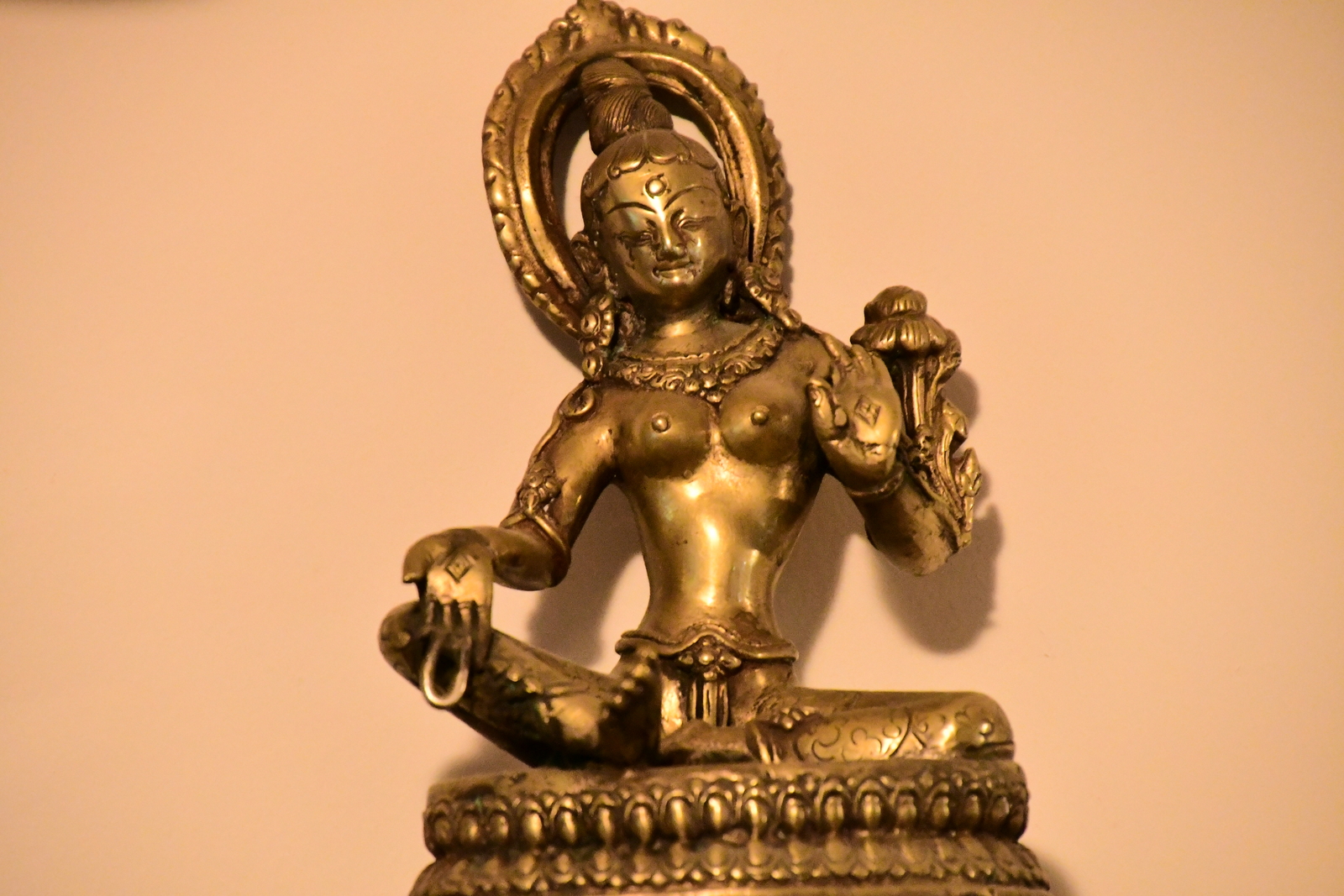 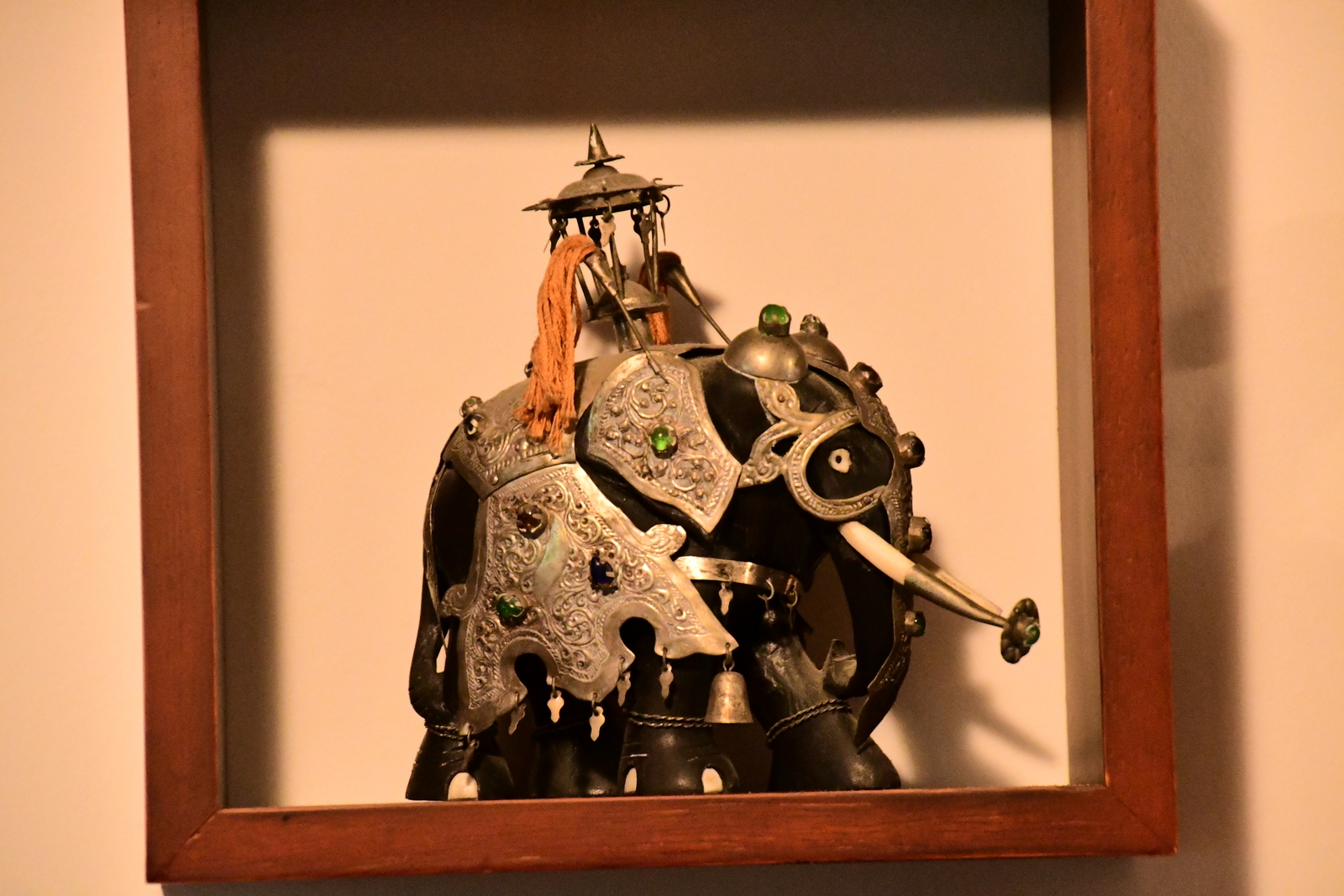 Teischan & I were in Newport, Rhode Island,
one of my favorite haunts,
on our way back from
Mystic in Connecticut. 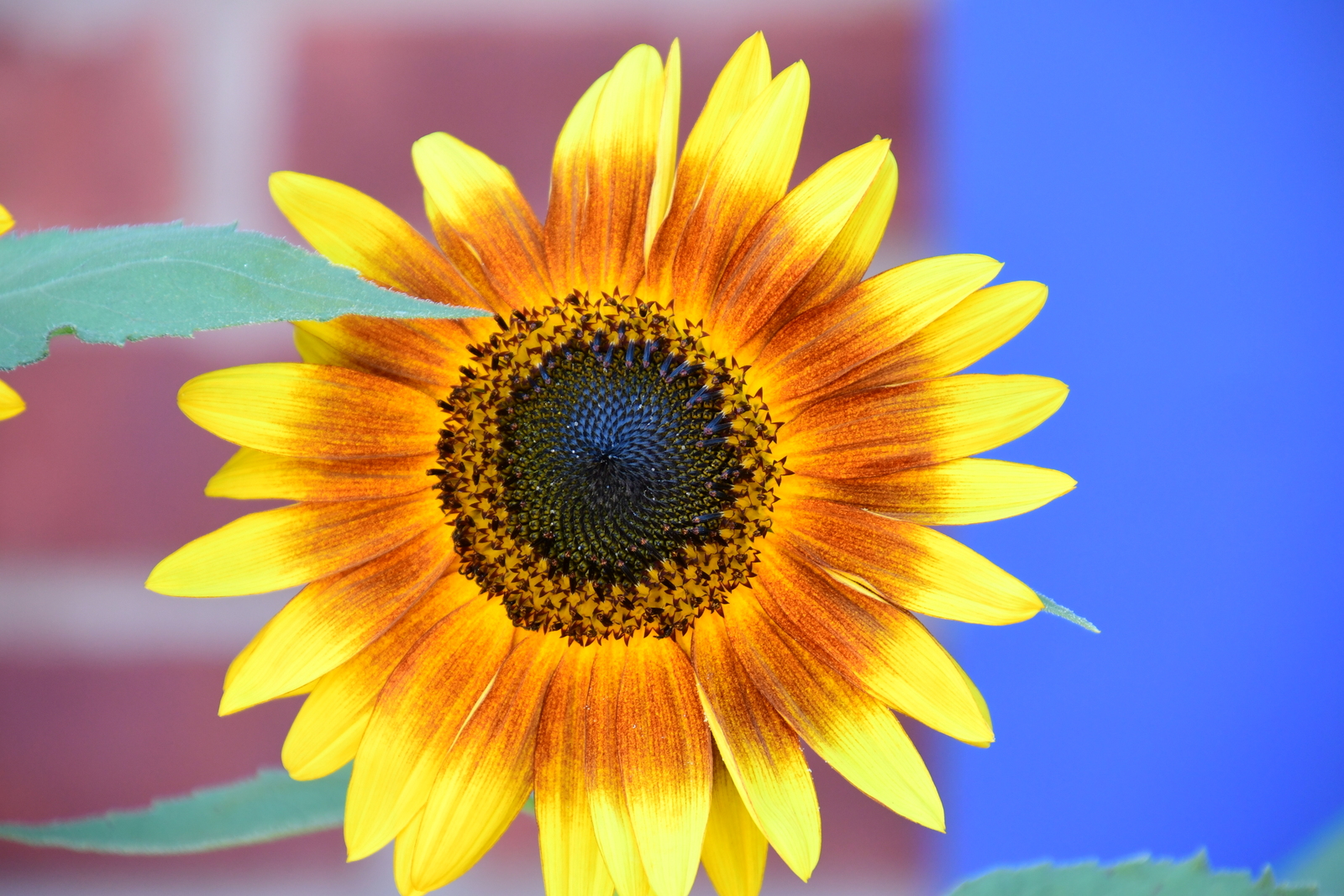 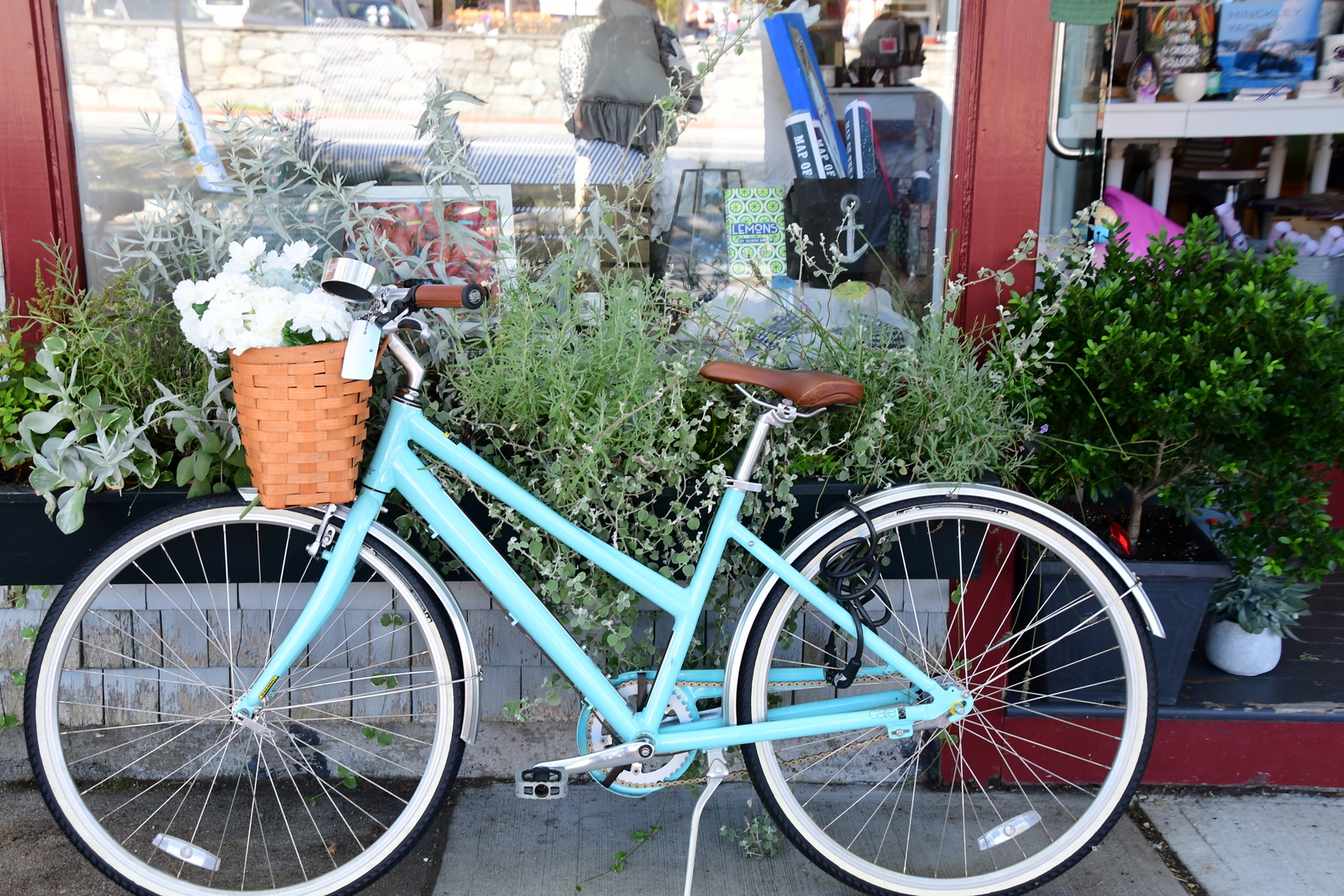 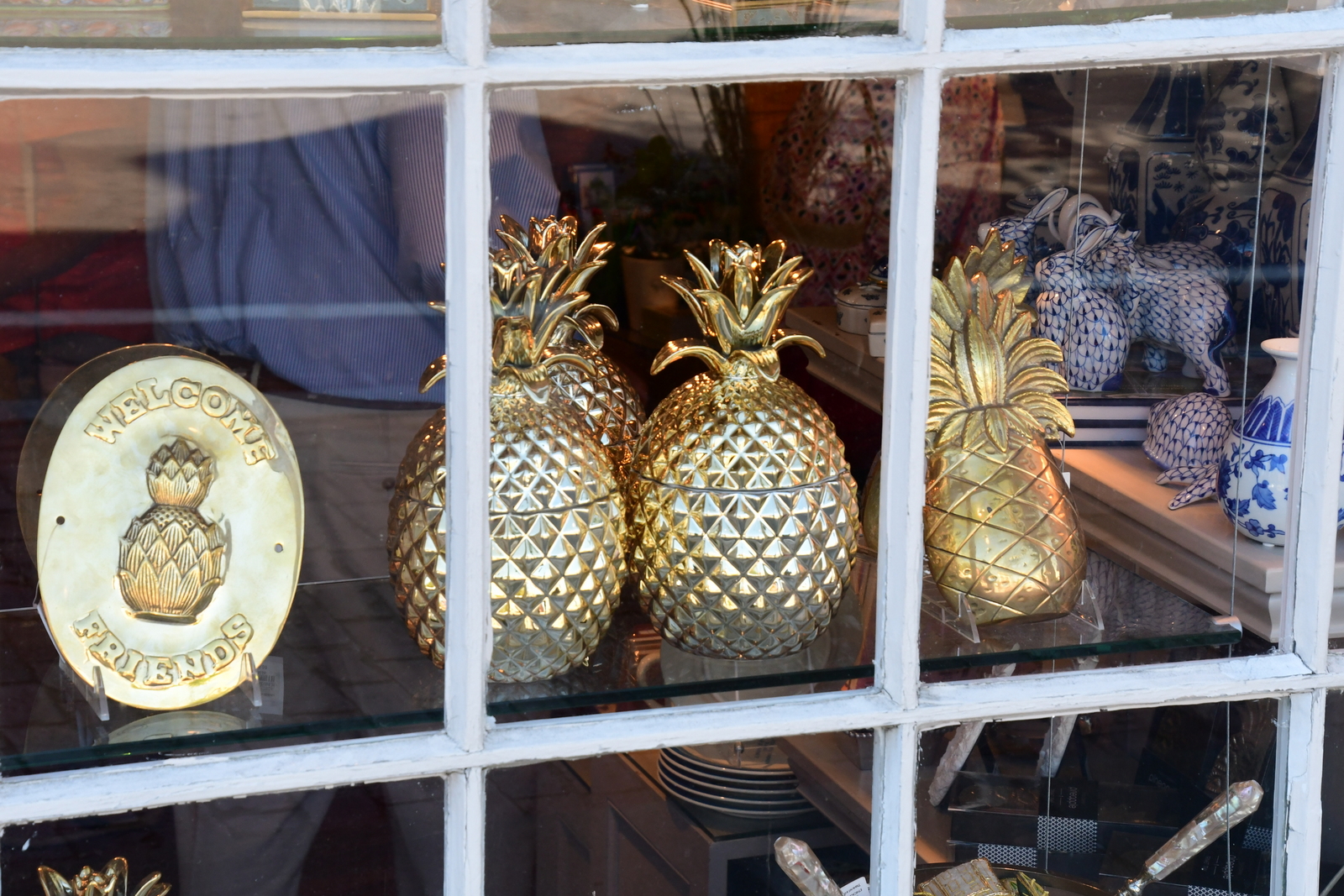 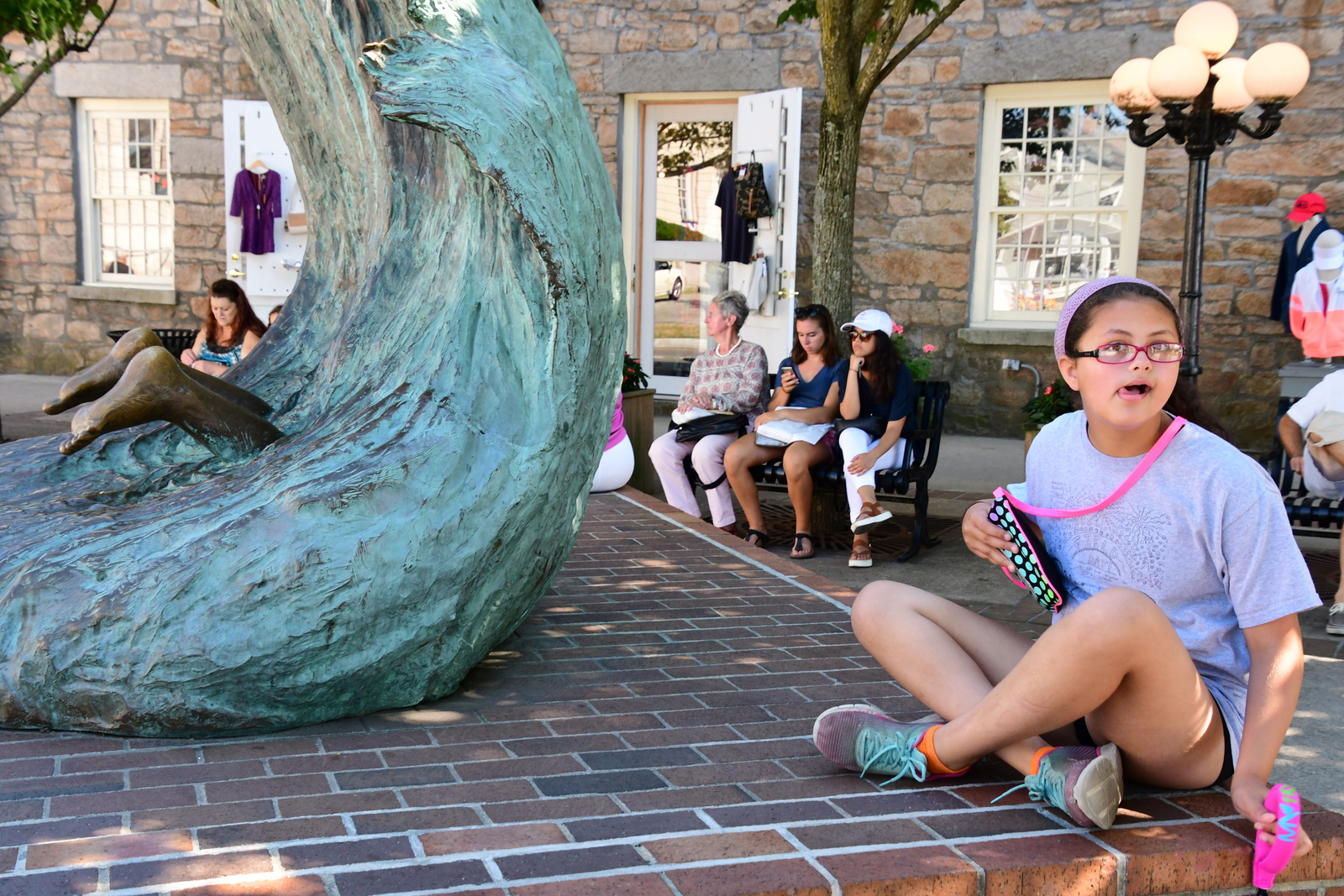 Yesterday in Newport, RI — of course.

Maybe Rhode Island has one or two Republicans too.