Click to ENLARGE and be mesmerized. From Google Images.

I saw the ‘book out of stone’ picture (highlighted in red on the top image) on my Facebook timeline this morning. I was intrigued. Somebody had opined that it was PhotoShop. That did not ring true. So, I did a bit of digging. Glad I did.

Pretty amazing. I can see how it is done but I also appreciate, fully, that it is a hell of a lot of work. You are basically chiseling off layers and layers of stone. Very clever. I was impressed.

I wanted to share with YOU. Check the YouTubes. Enjoy.

I like statues, especially big, bold, imposing ones. So, what can I say. If I have a camera on me (which is invariably the case over the last few years) I am going to take pictures of any statues I encounter.

Growing up in Ceylon, in the 1950s — 1960s, a very close family friend was a Indian sculptor, of renown, who specialized in bronze. Actually my adoptive father had brought him over from India because we didn’t have any of his caliber or skills. I used to spend a fair amount of time hanging around his studio. So, there is a special place in my heart for good bronze statues of the kind that adorn Boston.

This was our trip on Saturday, to celebrate the 2018 Chinese New Year with Dim Sum, at ‘China Pearl’, in Chinatown. After the Dim Sum Teischan wanted to explore Boston Common & Public Park. I took most of these pictures on that walk which was around 2.5 miles in total.

Her most famous work “The Death of Cleopatra” (1876),
now at the Smithsonian. 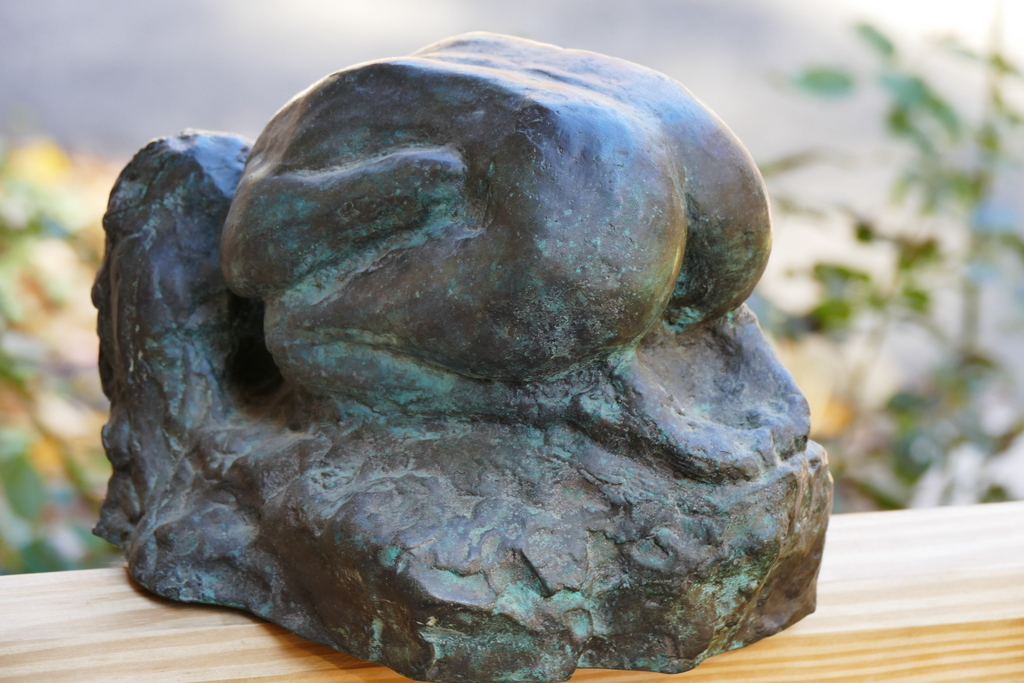 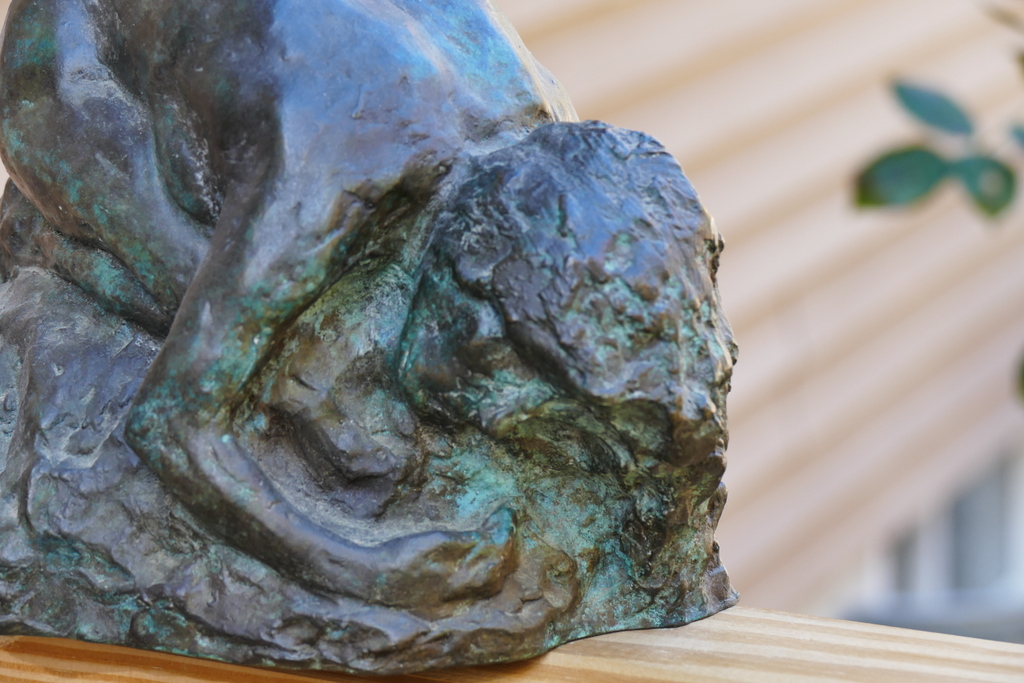 Stephen Hodecker, quite justly, is well known as a painter, his nudes, in Meredith, very publicly displayed.

Stephen, however, is also a very accomplished bronze sculptor — and sculpting in bronze is not easy.

Here is very sensuous nude he sculpted c. 1998. Not sure who the model was.

I was lucky enough to get some pictures of it the other day.

It is snowing quite heavily in Boston and eastern Massachusetts — per my earlier heads up yesterday morning. Roads are supposed to be slippery. So watch out — especially for the maniacs driving German SUVs & cars and think that they can defy the laws of physics.

We, alas, will not be going. I am beyond bummed. The snow alone would not have deterred me, I have been in and out of Boston in much, much worse. Teischan, gratis of Dartmouth Hitchcock (Concord), has walking pneumonia! If all of their doctors were half-way competent she would have been cured by now — since we also took her in, on an emergency basis, last Tuesday. So, I am not a happy camper.

The snow is expected to moderate around 1pm. They will most likely still have the dragon/lion parades and crackers. This but comes once a year. If you can get to China Town on the ‘tube’ (which we have done numerous times having parked at the Museum of Science, where we were Members) I would still go. It won’t be fun. The tall building will shield you some, but will also act as wind tunnels.

Happy New Year. A pox on some of doctors at DHMC Concord. May the Chines New Year snake bite them, painfully, on their arses.

Deanna was checking the Boston weather and amazed me by saying that it is expected to snow Saturday and Sunday in Boston. Wow. A week after the Blizzard. I am still keen to go and a New Year comes only but once a year — though I celebrate three and plan to make that four this year by cracking the Jewish protocols. 1″ snow isn’t a big deal. I have drive in and out of Boston in much, much worse. But, as Deanna points out it is what happens when we get to China Town. We will play it by ear. Just wanted to give you a head’s up.

Happy New Year. Trust me, you cannot ever have too many New Years per year. More the better, more the merrier. I have another one coming up in April. And maybe this year IF I can finally sort it out I will also celebrate the Jewish New Year.

All this said, let us not forget that the Chinese are ‘illegally’ processing ivory even as we read this and doing so, as with everything they do, on a grand scale. This is bad. But, there is nothing we can do to deter the Chinese.

You are a SNAKE if you were born:

That I am a snake is so sad and ironic. I truly hate snakes. But, you really can’t blame me. Where I come from snakes kill and do so everyday.