Click to ENLARGE and read here. From the ‘Union Leader’ @ unionleader.com

This is wrong very wrong.

We should not have this discrimination — especially not enforced, unilaterally, by a city.

Not sure what happens now. I guess the lower court, i.e., N.H. Supreme Court, ruling prevails. That is just NOT right.

I am sure Kia et. al. are looking at other legal options.

Maybe the new mayor, the Admirable Andrew Hosmer might look into this. He is a lawyer and has a calm, level head.

I was a big supporter of Kia Sinclair when she started ‘Free The Nipple‘. Then we found out that there were NO State Laws in NH that forbid the display of nipples. I thought, obviously incorrectly, ‘CASE CLOSED’. Kia Sinclair was right. I was wrong. Case was not closed. We have to continue to fight.

And I am back on the case. This has to end. As the photo below clearly shows I try to go topless most days during the NH Summer. I consider it a right. If I can go topless then Kia Sinclair should also be allowed to go topless.

This is so inane. So, New Hampshire. 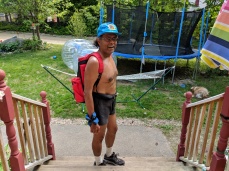 Click to ENLARGE. From the U.K. “Daily Mail”. Link below.

So, this, of course, exceeds anything we have managed to achieve in New Hampshire — the Hampton Beach topless events notwithstanding.

This was protesting the Facebook and Instagram ban on photographs of the female nipple, though the whole issue of ‘Free The Nipple‘ is still very relevant especially after the New Hampshire Supreme Court, inexplicably, claimed that it was NOT discriminatory to ban the female nipple but not the male.

So, it is good that the fight continues.

I am a supporter. I believe in equal rights to both sexes when it comes to going topless — a right I exercise near daily in the Summer.

Click to ENLARGE and read here. From the ‘Union Leader’ @ unionleader.com

How can it NOT be discriminatory. I as a male can do something, legally, that a woman can’t do — and that is not right and it is discriminatory on the grounds of gender.

This has to go to the U.S. Supreme Court.

This should not have anything to do with politics — Democrats vs Republicans, and who nominated the judges. This is all about people, equality and common sense.

I was a big supporter of Kia Sinclair when she started ‘Free The Nipple‘. Then we found out that there were NO State Laws in NH that forbid the display of nipples. I thought, obviously incorrectly, ‘CASE CLOSED’. Kia Sinclair was right. I was wrong. Case was not closed. We have to continue to fight.

And I am back on the case. This has to end. As the photo below clearly shows I try to go topless most days during the NH Summer. I consider it a right. If I can go topless then Kia Sinclair should also be allowed to go topless.

This is so inane. So, New Hampshire.

Why of why of why?

Male players, as you can see from the image above, are allowed to prance around topless — as they should. And remember, I speak as one who goes running TOPLESS, in New Hampshire, most days during the Summer/Fall, including today.

The hypocrisy drives me insane. Why the FEAR of the female breast — and the nipple.

As even a cursory search of this blog will prove, in buckets, I was an early and ardent supporter of ‘Free The Nipple‘. I have never had a problem with female toplessness! I believe in 100% equality when it comes to toplessness (and for that matter skimpy men’s bikini swimwear, e.g., Speedos).

French Alizé Cornet getting penalized at the U.S. Open was beyond stupid. She did NOT expose ANYTHING (and some, I am sure, are saying ‘Alas’).

This has to stop — PLEASE.

Click here for the U.K. ‘Daily Mail’ original, with a lot of pictures.

Click on the 2 images below to ENLARGE and read here. 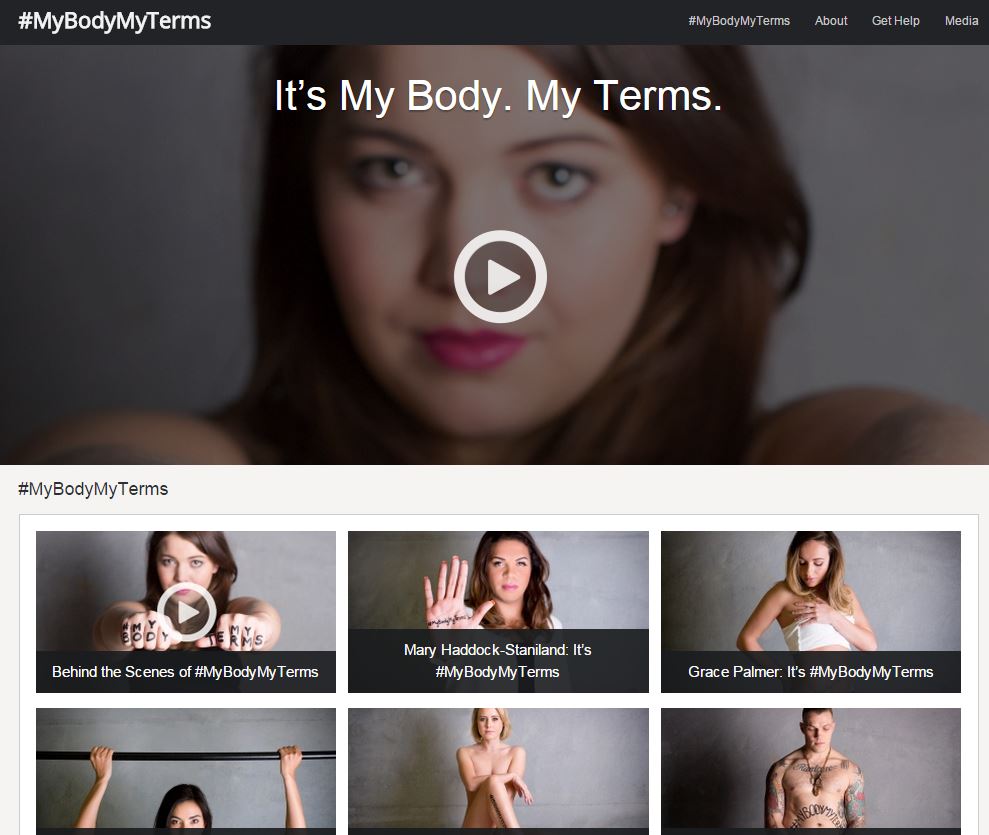 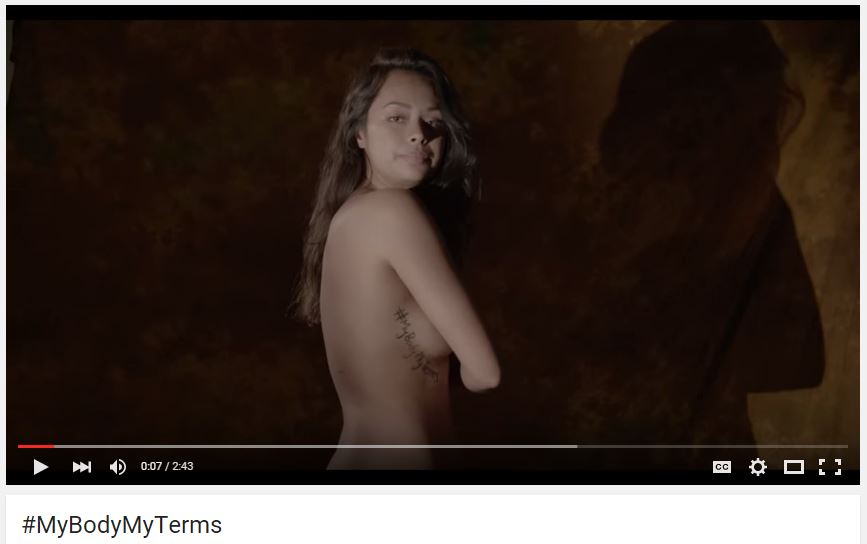 Another worthy cause and how can you not endorse it.

As with most of these ’causes’ I happened to see it in the U.K. “Daily Mail” — which I read, online, on my pad, every morning, first thing, while at the same time listening to CNBC (and drinking my first cup of coffee (provided by Deanna)).

I know that many of you rely on me to keep you abreast on these type of causes and I am happy to oblige. SMILE.

This is SO clever and so to THE POINT.

Talk about making a statement.

I would love to see a bunch of women descending on Gilford Beach (NH) in these to see what the reaction would be.

Yes, in some ways it is ‘regressive’ in that females should NOT have to wear such tops just to exercise a basic right that they DO HAVE — in most place — by law.

That they are supporting some of the ‘female topless’ movements makes it even more laudatory.

The choice of name intrigues me.

‘Tata’ is ‘dad’ in both Yiddish and my native Sinhalese (though it is sometimes spelt ‘tatta’). Then there is the GIANT Indian ‘Tata Group‘ which among other things now own (my beloved) Jaguar brand.

On Monday of this week we were staying at the “Wonder View Inn” in Bar Harbor, Maine; our room was right above the outdoor pool. While brushing my teeth I could hear, what sounded like a family, with a dog, frolicking about in the pool area — though the bathroom blind was pulled down. Then I hear Teischan (9) exclaim from the bedroom “there is a man swimming in his underwear”. I didn’t have to look. I knew exactly what she was commenting about. The man must have been wearing a ‘speedo’. That a man wearing a speedo would elicit a comment from MY daughter perturbed me — slightly. It is true she had never seen me at a pool or on a beach in a ‘speedo’ — though as an European ‘speedos’ were my de rigueur bathing suit UNTIL the Summer of 1987 — 28 years ago.

So what is the deal here?

Thinking about it made me realize that the issue is no different to the “Free the Female Nipple” conundrum. I did a quick Google. Appears that when it comes to laws you are in the same court as that for female toplessnes. Most places do NOT have any laws specifically banning speedos — in much the same way that at least 48 of the States do not have any explicit laws about female toplessness. Yes, you can find a few reports that men have been cited for wearing speedos — usually under the all encompassing ‘disturbing the peace’ law.

Indecency laws only require the genitals to be covered and a speedo does that.

Furthermore, as was the case in Bar Harbor, foreigners wearing speedos, as far as I know, are never told off or cited. And from 1985 to 1987 I wore speedos in the U.S., albeit mainly around hotel swimming pools or beaches in Tampa and Oahu, without ever having anybody say anything about it.

Then we have swim/dive teams and competitions. All the men, including those from the U.S., wear speedos. So IF there is a swim meet taking place in a U.S. pool the men will wear speedos but speedos are not deemed acceptable for recreation. What gives?

And now the supreme irony. Women can wear the skimpiest bikinis and that is acceptable while men can’t wear speedos.

Why the double standard?

In Europe female toplnessness and men in speedos (quite literally) go hand-in-hand.

Yes, it does have to do with a stubborn streak of puritanicalness that still permeates U.S. society. It is all about decency and modesty. I understand and as I said this is an issue that I confronted, personally, 28 years ago.

It must have been May or July 1987. I, newly married, went to a family cookout in Massachusetts. They had a pool and I wore a speedo — since that was all I had. My (then) wife didn’t say anything and she had seen me in speedos. Nobody said anything to me about my speedo all day. They used to kind of like me those days. I wore the speedo, with nothing else, as was my then wont, most of the day. I was ultrafit those days — fasting 3 times a week, running 7.5 miles most days and doing 100 sit-ups and 100 push-up a day. So I didn’t have anything really to hide or cover up. But on the way home I was informed that wearing speedos was not the ‘American way’ and that I needed to get some ‘proper’ U.S. swim trunks. I never gave it much thought — 28 years ago. But now it has got me thinking. Ironically I am the same weight now as I was 28 years ago. But I am now 62 and though I still run my total exercise regime is 1/8 of what it used to be.

As with female toplessness I believe that there should be certain, self-imposed standards, as to whether one should wear a speedo or not. I think the 25 BMI mark should be a good demarcation point. I still make the 25 BMI but I am not sure whether I should subject innocent folks to even more of my body than they are now subjected to given that I am, during the Summer, habitually topless — and, at a minimum, do my 40 – 45 minute run, 6 days a week, topless.

But something for all U.S. men to think about.

What is the deal with wearing speedos? In the same way that we want to free the female nipple we should also strive to free the male speedo. They really do go hand-in-hand.