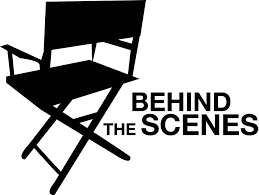 Just in case there was anybody out there that thought that I dropped the ball on this important issue far be it from the case. That is not my style. I don’t drop too many balls and I do get a lot done.

Over the last two weeks there has been much happening. There have been a lot of e-mails, numerous phone calls, visits to the SAU office, letters, documents, at least one ‘right to know‘ and even some face-to-face meetings.

But, since many in Alton don’t seem to care about this issue I will not bore you with what has been happening. But, it is very strange to me. From what a few of us can see bullying (in its many forms) would appear to be the biggest threat facing our kids today. Compared to the damages that can be done via bullying concerns about dust in the air kind of pale in comparison. But, still have all of this raw emotion when it come to the school renovation, but deafening apathy when it comes to taking steps to stamp out bullying. Yes, to be fair one other mother e-mailed Deanna with the bullying being experienced by her two kids. From her e-mail we even learned a whole slew of new vocabulary. IF you folks only knew.

Well yesterday there was a very useful and I think productive round-table (as it happened) with Mr. Lander, the Superintendent. After what had been quite a weekend, with at least one very interesting meeting, I called up on Tuesday and requested that meeting. Five of us met with Mr. Lander; Deanna & I, the parents of the young lady who is trying to get this issue addressed and Mr. Steve Miller, the School Board member — who attended as my guest, and as a concerned Alton resident (as opposed to a Board Member). Let me just say that I was ‘happy’ with the meeting as were the other parents.

P.S., That was my first real interaction with Mr. Lander and I was suitably impressed. Steve Miller was right. He had always maintained that I should give him a chance. Thanks Steve.

Have a great weekend.

The crux of the issue here is very simple as I pointed out in my original post 45 days ago.

This young lady is not trying to name names, cause trouble for anyone, or asking for any special treatment for herself or her friends. What she is trying to do, selflessly, is something for the betterment of the whole school when it comes to the very damaging and dangerous issue of bullying.

What she is requesting, partly in her official capacity as Student Council President but also as a deeply caring 8th Grader who will soon be departing ACS, is that the school provide an open forum where kids can talk about bullying in public and together agree on the steps that they can all take to put an end to it. It is basically asking that the  ACS kids be empowered to put an end to bullying on a peer-to-peer basis. It seems laudatory.

If nothing else this bona fide request needs to be discussed in public so that concerned citizens of Alton too can have a say in what is a very crucial issue. We home school Devanee because of the incessant bullying she suffered at ACS. So we sure have skin in this game, which is the reason that I will champion this until we see an equitable resolution.

As I pointed out in my April 5, 2013 post the U.S. Government, www.stop bullying.gov website advocates exactly this type of proactive student involvement. Here is what they say, which is exactly what this young lady is asking for at ACS.

As I also pointed out, with images and links, other schools around the country promote such forums.

But, the ACS administration and School Board, with the ever conscientious and diligent Steve Miller the exception, does not want to even discuss it. There is something wrong here.

The mother of the young lady, an indefatigable PTSA member, in sheer frustration at how ACS was treating her daughter’s request, wrote to the Board on May 6. On the envelope she clearly stated that she wanted this matter to be discussed in PUBLIC at the next School Board meeting. That was the May 13, 2013 meeting that took place last Monday. We were at that meeting. The Board mentioned that there was a letter that had to be discussed. I knew what it was. It was also mentioned that the parent had indicated that the letter should be discussed in Public. A number of Board members claimed that they were not comfortable with that. So a vote was taken as to whether the letter should be discussed in public. Only Steve Miller voted for the public discussion — and he did so stating that he wanted to honor the parent’s request. The other 4 members voted against. 4-1 against a simple request for transparency by a parent (plus one heck of a taxpayer). Take note. So much by the people, for the people. As Steve Miller pointed, as ever correctly, this issue was being pushed out and pushed out so that it would not come up while the school was still in session — and this young lady still at ACS.

It is very obvious that this has been the administration’s and Board’s (bar Mr. Miller) strategy all along. Drag it into July and then claim that it was no longer relevant because the young lady had left!

I have, right here in front of me, as scanned PDFs, all three letters: the original to the Board by the 14-year old young lady, the Board’s totally non sequitur response and the mother’s letter to the Board in May. Yes, I also have explicit permission, from the mother, to publish all the letters. I have spoken with the mother quite a few times over the last few days.

She is, understandably, furious.

I have been told that a reporter from the ‘Laconia Daily Sun‘ spoke with the Principal about this issue today. So at least the media has been made aware of it.

The two letters to the Board contain some very disturbing phrases to do with harassment and substance abuse. I have also heard of some telling incidents that have taken place at ACS of late. That some of this is not public knowledge is disconcerting since I am sure other parents would like to know.

So, this, for now, is just a heads up. Tomorrow is another day. I just wanted Alton to know that we are not giving up on this issue. Stay tuned.

P.S., Bullying is not restricted to kids bullying other kids. Bear that in mind.

Devanee our daughter was subject to considerable bullying at ACS.

I redacted a part that is not that relevant to this discussion to avoid folks getting distracted. Click to ENLARGE.

It ended up with an ‘independent’ evaluator from Gilford mediating. Then a year later Devanee, accidentally or otherwise, got slapped in the face in the school bus coming home. That is when we decided to homeschool her.

Deanna and I both experienced bullying when young. We are determined that other kids should not go through this same experience.

Yesterday morning I got an e-mail, with an attached letter, from another ACS parent. It was about bullying and had been written by her daughter, 8th Grade Student Council President, to the ACS School Board.

I know the daughter, and for that matter the whole family. Both her brothers were on my 2011 – 2012 Destination Imagination (DI) team, and the mother (who sent me the e-mail) was my Assistant Coach. The author of the letter often attended our DI sessions. Since then I have got to know the whole family. These kids, by any measure, are exceptional. Yes, they did go to private school before coming to ACS. But that is neither here nor there. All I know is that I have great faith in these kids and their parents.

Since the letter has been sent to the School Board I am going to bide my time and in general bite my tongue (though I have made a call to a ‘anti-bullying’ campaigner to give him a ‘heads up’).

There is one KEY thing in this letter that bothers me, and it bothers me so much that I have to address it.

This young lady is NOT trying to cause trouble or get anybody into trouble. To the contrary. She does not want to name names.

She wants to try and SOLVE the problem through student awareness, participation and goodwill.

To me that sounds beyond wonderful. BRAVO.

So, what is she asking?

She would like the school to have Group Seminars and Discussions where the students can discuss bullying.

That is IT. Ok, I could, as ever, be wrong. But, this seems like a great idea to me.

And then comes the bit that has me confounded, and I am going to show an extract of the letter to avoid any misunderstanding:

Mr. Lander can WE see these studies that YOU quote?

This is what confuses me. I have done some reading on anti-bullying programs. Everything that I have read indicates that group initiatives, students working with their peers, is the best way to stamp out bullying.

Per Minnesota Public Radio schools in MN appear to encourage this type of assemblies. Click to access.

You can do your own Googling.

Here is the NH State page on bullying.