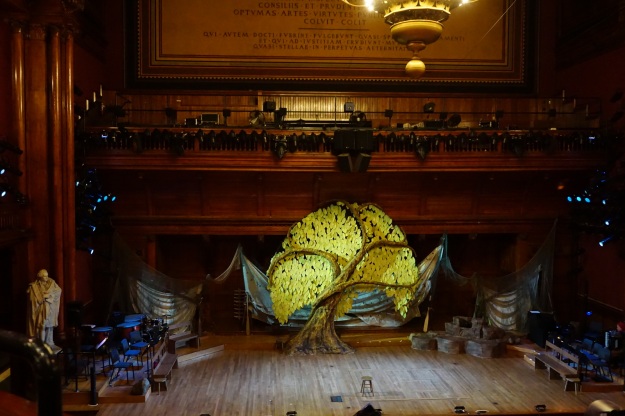 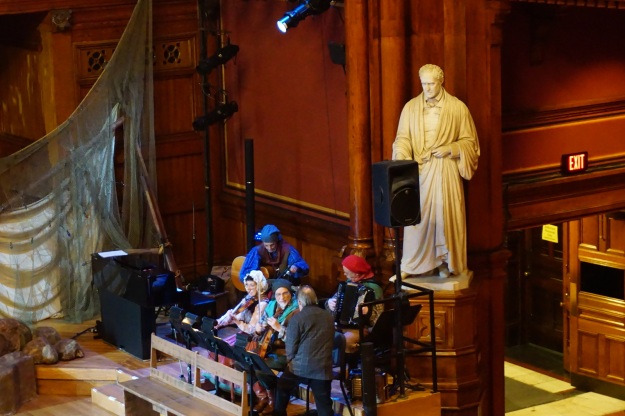 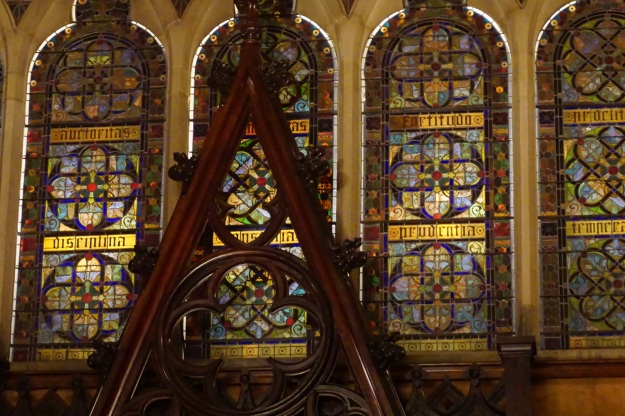 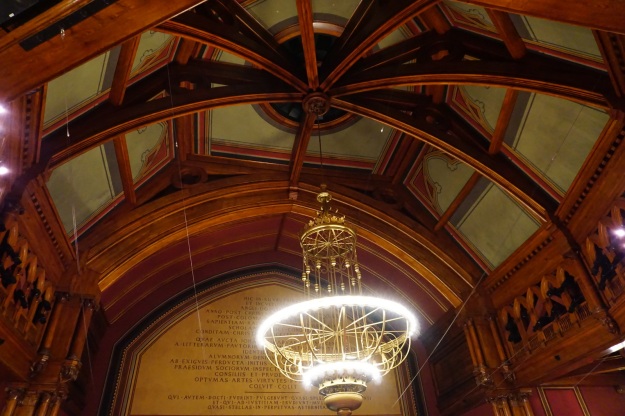 Bravo. Kudos & a HUGE Thank YOU.

Made MY Christmas. Feel rejuvenated — which is what these wonderful pagan celebrations of the Winter Solstice are supposed to be all about.

Yes, of course, I am an unashamed sucker for Revels. There is a visceral connection — which is probably not surprising given my truly pagan blood. I love and savor all aspects of Revels. Of course, I get up and dance the “Lord of the Dance” — and let me please tell you, that doing “Lord of Dance” at the stunningly beautiful ‘Sanders Theatre’, with three real buglers bugling on the stairs, is like nothing anywhere else.

That said, I am also fussy about MY Revels. This was at least the 10th I have been to — and for the last 7 years or so we have gone to at least one Revels each Christmas. I know what I like, I know what works, I know what elements need to be there and I know when I am treated to a good performance.

And the Cambridge “Acadian – Cajun Celebrations” exceeded my expectations, and given that this is Cambridge, the ‘Revels Mothership‘ as I refer to them, I had, as ever, very high hopes. This was my third Cambridge Revels, the second in two years.

The music, the songs, the presentation, the costumes, the props were all truly marvelous. It was a good story and they told it well. I learned quite a bit.

The French songs were captivating. The fifth act, ‘La Rose au Bois‘ (The Rose in the Woods) was truly amazing.

The Sword Dance which incorporated some impressive tap-dancing was magical as was the Mummer’s Play.

And this year, for the first time ever, it was POLITICAL. This being ultra-liberal and superlatively educated Cambridge there were at least three digs at the President-Elect, one having to do with his small hands. They had Trump’s doctor starring in the Mummer’s Play and that was appreciated by all. But, the most telling was when David Coffin, the M.C., stressed at the start that the Hallmark ‘Dona Nobis Pacem‘, the Peace blessing, was more important this year than ever before.

Overall it was a BLAST. Loved it. Bought the CD and it got player, in its entirety, twice before we got home (around 12:40am in the morning).

The Cambridge show is on for a few more days. Try and catch it if you can.